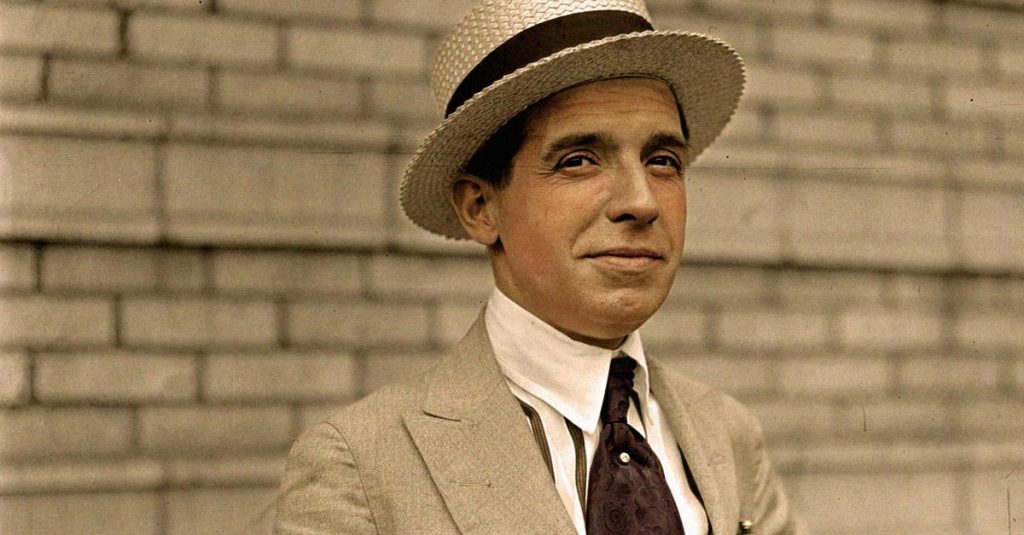 Ponzi, an Italian immigrant to the United States became one of the most famous con men in American history. While many people do not know the name Ponzi, the Ponzi Scheme is extremely well known and continues today in Internet Make Money Fast schemes. His early life is not entirely known as he was prone to fabricate stories about it. What is known is that he spent a short amount of time at University in Rome and, after dropping out, caught a boat to Boston, USA where he arrived with $2.50 in his pocket.

His early years in the United States were troublesome. He began working at a restaurant but was soon fired for playing tricks with the bills and shortchanging customers. His next job was working in a bank in Canada that catered to Italian immigrants. His knowledge of numbers helped him to do very well there. Unfortunately it turned out that the owner of the bank was stealing money from newly opened savings accounts to pay the interest on the interest bearing accounts and to cover bad investments. The bank owner eventually fled to Mexico and left Ponzi without a job. After writing a fraudulent cheque and spending a number of years in prison, Ponzi determined to become wealthy at any cost.

Once he had settled in to life on the outside, he discovered postal reply coupons through a letter that was sent to him from abroad. He realised that he could buy foreign coupons at massively devalued prices (because of price fixing after the war) and then resell them in the United States for a 400% profit. This was a form of arbitrage and it was legal. Ponzi began canvasses friends and acquaintances for money – promising them a 50% return or a doubling of their money in 90 days. He started his own company, the Securities Exchange Company, to promote the scheme.

The word of this great investment quickly spread and before long Ponzi was living in a luxurious mansion. He was bringing in cash at a fantastic rate, but the simplest financial analysis showed that he wasn’t making money, he was losing it rapidly. For every dollar he took in, he went more deeply into debt. As long as money kept flowing in, Ponzi would stay ahead of the eventual collapse.

People soon began to become suspicious and the press were starting to publish negative articles about him. Inevitably people were starting to demand their money. Shortly after, federal agents raided his office and shut it down. No stock of stamps was found and everyone that had invested their money with Ponzi lost every penny. It is probably that he lost tens of millions of dollars. Ponzi plead guilty of mail fraud and was sent to prison. After one escape he was returned to jail to complete his sentence. He was eventually deported back to Italy and he died there in poverty in 1949.