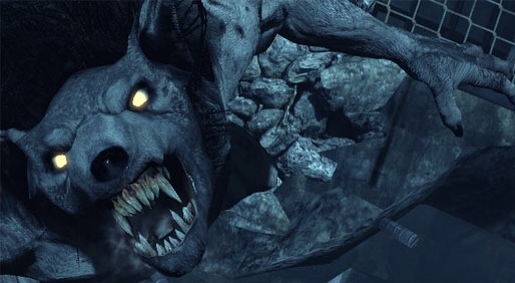 SIBALE ISLAND, Romblon—Armed with knives and long bamboo sticks with pointed ends, residents of this isolated island in the central Philippines mount nightly patrols to protect its dwindling goat population against deadly attacks of suspected werewolves, a senior police official said on Tuesday.

Insp. Brian Odien, Sibale chief of police, said hundreds of volunteers in nine barangays, working under the supervision of policemen, make regular patrols in their areas looking for the werewolves, which have killed more than 200 goats, sucking the blood and tearing out only the heart and liver.

The mysterious animals attack only on nights before the full moon. The last attack was on July 9 in Barangays Poblacion and San Vicente where a total of 27 goats were killed.

Residents wanted nightly patrols because of fear that the werewolves would attack humans after the goats were gone. People started to accept the werewolves story because of “sightings of the mysterious animal that looked like dogs, but bigger and they move differently.”

Department of Agriculture Regional Director Cipriano Santiago ordered an inventory of the goat population in the island and the list of farmers, who lost their goats since 2012, according to municipal agriculturist Nelia Yap.

She said 57 farmers lost a total of 209 goats in the past two years and the Department of Agriculture will replace the animals, which were killed by “dogs or creatures pretending to be dogs.

Odien said the goats were easy preys because they were free to roam in this small island of 4,500, which can be reached by six hour ride on outrigger boat from the provincial capital of Romblon.

“People have been advised to hold their goats in a fenced area or under their houses where they can be given protection,” Odien said.

He called on people to immediately report sightings of mysterious animals or unusual movements in their neighborhoods and to ensure the safety of members of their families inside their homes.

“People have been told not to confront the animal on their own but to call for help,” Odien said.