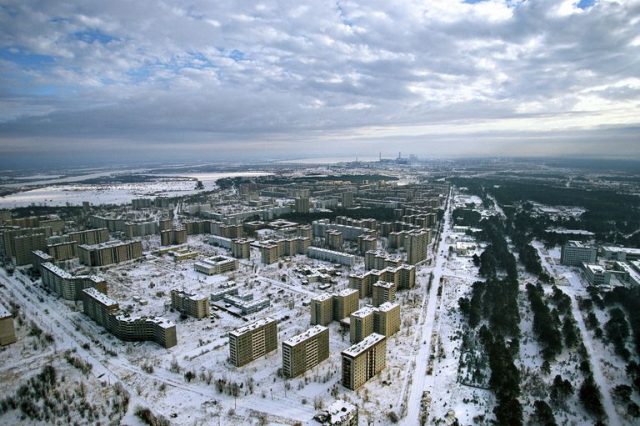 After the Chernobyl disaster and the evacuation of the surrounding area, it was decided that the village of Kopachi, which had been heavily contaminated by the fallout, would be buried to keep the radiation down.

The entire town was bulldozed except for two buildings, and then the rubble was buried. However, the burial only made the situation worse because radioactive chemicals made their way into the local water table. This ensured contamination of the area for a much longer time than would have otherwise occurred.

Currently, the area is covered with grass. The only remnants of the town are radiation warning signs that mark each place where a building was buried.

After the major cleanup efforts in Chernobyl ended, the Soviets kept the remaining reactors at the Chernobyl power plant in operation until the dissolution of the Soviet Union and the independence of Ukraine. In 1991, Ukraine claimed that it would shut the balky power plant in 1993.

But chronic energy shortages and conflict with Russia, Ukraine’s main external source of energy, convinced the Ukrainian parliament to delay the shutdown of the power plant, which provided 5 percent of Ukraine’s electricity. However, they didn’t have the money to pay nuclear workers, which led to at least 100 safety incidents every year at Chernobyl.

In 2000, 14 years after the Chernobyl disaster, the president of Ukraine finally decided to shut down Chernobyl for good after intense pressure by other nations and the promise of one billion dollars to build two new nuclear reactors. Even then, workers at the plant protested the decision as the last power plant was taken offline.

Although fires from the initial explosion were soon extinguished, molten nuclear reactor fuel remained inside the ruins of the reactor building and posed a significant threat at Chernobyl. If the molten fuel had come into contact with the coolant water beneath the reactor, the resulting reaction could have destroyed the entire Chernobyl facility.

The story goes that three volunteer divers ventured into the pool of water beneath the reactor and drained it in the face of lethal radiation, dying immediately afterward but saving millions more from nuclear fallout. The real story is more mundane.

Three men did enter to turn on the valves to drain the pool, but the water in the basement of the building was only up to their knees. Other workers had gone before them to map the radiation, so these men weren’t walking into the unknown.

The valve that drained the water was easy to find, and the men completed their assignment without complications. The men went on to live full lives without dying of radiation-related causes. 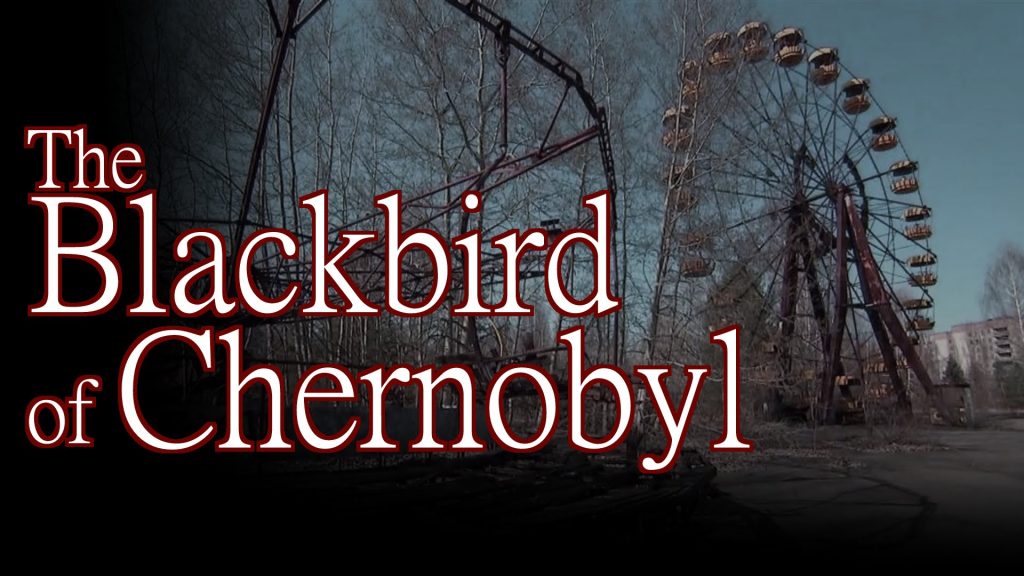 The Blackbird of Chernobyl is an internet legend about a creature allegedly seen in Ukraine around the Chernobyl Nuclear Power Plant in the weeks leading up to the Chernobyl Disaster on April 26th 1986. It’s description is very similar to the famous Mothman creature.
The creature was allegedly humanoid in appearance and can be presumed to have been black or dark gray in coloration. It was claimed to also possess wings and glowing red eyes.

The Blackbird was supposedly sighted by several workers before they died. The story states that the Black Bird served as an omen of doom, warning the workers of the lethal radiation within the plant.

Beginning in early April of 1986, the people in and around the Chernobyl Nuclear Power Plant began to experience a series of strange events revolving around sightings of a mysterious creature described as a large, dark, and mutated man with gigantic wings and piercing red eyes. People affected by this phenomena experienced horrific nightmares, threatening phone calls and first hand encounters with the winged beast which became known as the Blackbird of Chernobyl.

Reports of these strange happening continued to increase until the morning of April 26, 1986, when at 1:23 am, reactor 4 of the Chernobyl Nuclear Power Plant suffered a catastrophic steam explosion that resulted in a fire, which caused a series of additional explosions followed by a nuclear meltdown. The power plant, located near Pripyat, Ukraine, then part of the Soviet Union, spewed a plume of radioactive fallout which drifted over parts of the Western Soviet Union, Eastern and Western Europe, Scandinavia, the UK, Ireland and eastern North America. Large areas of Ukraine, Belarus and Russia were badly contaminated, resulting in the evacuation and resettlement of over 336,000 people. The Chernobyl Disaster, as the incident was dubbed, is considered the worst accident ever in the history of nuclear power.

Following the meltdown, and subsequent explosions and fires, Soviet helicopters were dispatched to the scene, equipped with special fire fighting gear, these helicopters circled the plant dropping clay, sand, lead and other extinguishing chemicals on to the burning facility. Most of the fire was put out by 5 am with the fire burning with in reactor 4 continuing to blaze for several hours after. The firefighters who responded were unaware of the nature of the fire, assuming that it was simply an electrical fire, and received massive overdoses of radiation leading to many of their deaths, including Lieutenant Vladimir Pravik, who died on May 9, 1986.

Moth239
The workers who survived the initial blast and fire, that would later die of radiation poisoning, claimed to have witnessed what has been described as a large black, bird like creature, with a 20 foot wingspan, gliding through the swirling plumes of irradiated smoke pouring from the reactor. No further sightings of the Blackbird of Chernobyl were reported after the Chernobyl Disaster, leaving researchers to speculate just what haunted the workers of the plant during the days leading up to the disaster.

[One] theory, suggests that the Black Bird of Chernobyl was nothing more than the misidentification of the black stork, an endangered species endemic to southern Eurasia. The black stork stands nearly 3 feet tall and has a wing span of nearly 6 feet. This theory however fails to take into account the menacing phone calls and the the disturbing nightmares. Also the physical description given by the majority of eyewitnesses who actually saw the Black Bird of Chernobyl does not in anyway match the physical appearance of the Black Stork.”