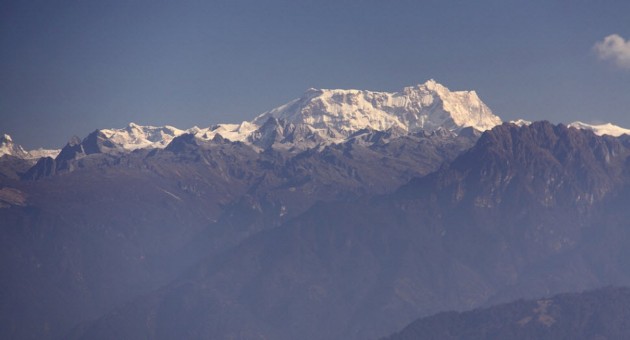 The mountain that can’t be conquered!

Its name means “White Peak of the Three Spiritual Brothers” and is claimed to be a supernatural location.

Gangkhar Puensum is the highest unclimbed mountain in the world located in Bhutan. This mountain has a height of 7570 meters and it is the 40th highest mountain the world.

The elevation of Gangkhar Puensum was first measured in 1922 but, until recent years, maps of the region were not at all accurate and the mountain was shown in different locations and with markedly different heights. Indeed, because of inadequate mapping, the first team to attempt the summit was unable to find the mountain at all.

But all of these expeditions where unsuccessful because of heavy snowfall, unsustainable conditions or reported strange “events”!

However in the year 1999, a team of climbers from Japan, after a protracted attempt to get a permit, were able to reach the top of one of the three peaks – Liankang Kangri – from the Chinese side of the mountain. Later, protests from local people in Bhutan Prevented them from going further.

Because of spiritual believes Bhutan government restricted mountaineering in Gangkhar Puensum in the year 2004.

Gangkhar Puensum is truly a place full of wonder and mystery. Yeti, ghostly apparitions, strange lights, magnetic anomalies, and unexplained disappearances have all been reported from here. What secrets does this insurmountable, forbidden peak hold? For the time being, it appears that no one will ever know, and that this towering giant will remain one of the last great untouched frontiers of the world for quite some time.