ASTRONOMERS are confused by the recent discovery of a mystery object orbiting around the sun backwards. 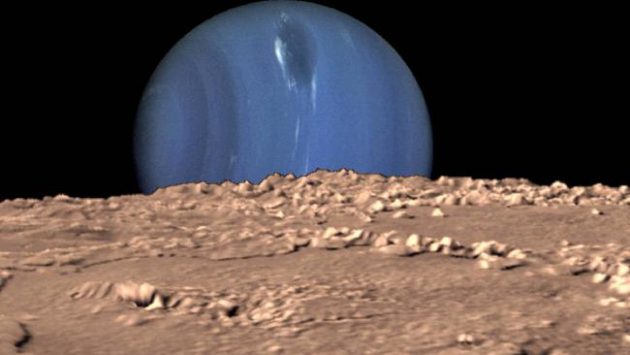 Located in the outer solar system past Neptune, the object was spotted by the Pan-STARRS telescope and has been moving in an opposite direction to the rest of the planets.

This abnormal celestial behaviour has seen the object dubbed “Niku” — the Chinese adjective for rebellious.

Queens University astronomer Michele Bannister said planetary systems are defined by the flat plane of dust and gas surrounding them, with the angular momentum forcing everything to spin the same direction.

“It’s the same thing with a spinning top, every particle is spinning the same direction,” she toldNew Scientist.

So the fact the object is moving in the opposite direction to the rest of the planets has Ms Bannister puzzled.

“It’s wonderful that it’s so confusing,” she said. “I’m looking forward to seeing what the theoretical analysts do once they get their hands on this one.”

Senior astrophysicist at the Harvard-Smithsonian Center Matthew Holman said the trans-Neptunian object is now moving upwards past the plane of the solar system everyday, which means a force must have acted upon it.

“It suggests that there’s more going on in the outer solar system than we’re fully aware of,” he said.

However, further analysis showed the object, which is estimated to be less than 200km in diameter, was too close to our solar system for Planet Nine to have any influence.

Assistant Professor of Planetary Science at the California Institute of Technology Konstantin Batygin said it is this unknown that has astronomers excited.

“Whenever you have some feature that you can’t explain in the outer solar system, it’s immensely exciting because it’s in some sense foreshadowing a new development,” he said.