Home Space Strange noises could be coming from another Earth like planet!
UNEXPLAINED MYSTERIES

Strange unexplained sounds have been detected that scientist believe could be coming from an a Earth like planet in the habitable zone.

The planet, Gliese 581d has conditions that could support life, and is likely to be a rocky world, twice the size of Earth.
Signals from the planet were initially discovered in 2010, but last year dismissed as noise from distant stars.

Now evidence is conclusive that the sounds are real, and that they are coming from this alien planet. 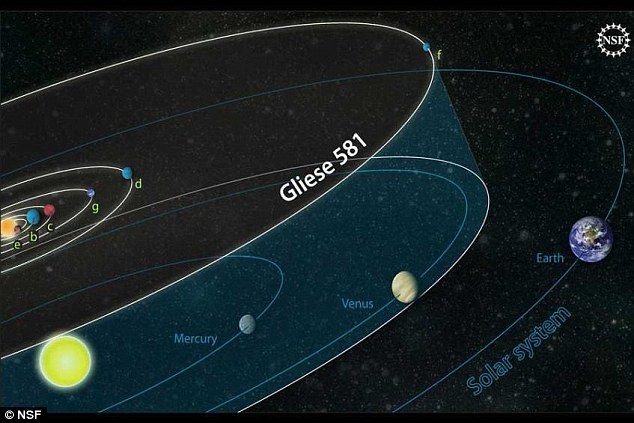 The study, by Queen Mary University, London and the University of Hertfordshire, claims to use a more accurate model on the existing data.

‘The existence (or not) of GJ 581d is significant because it was the first Earth-like planet discovered in the ‘Goldilocks’-zone around another star and it is a benchmark case for the Doppler technique,’ said lead author, Dr Guillem Anglada-Escudé.

‘There are always discussions among scientists about the ways we interpret data but I’m confident that GJ 581d has been in orbit around Gliese 581 all along.

‘In any case, the strength of their statement was way too strong.

‘If their way to treat the data had been right, then some planet search projects at several ground-based observatories would need to be significantly revised as they are all aiming to detect even smaller planets.