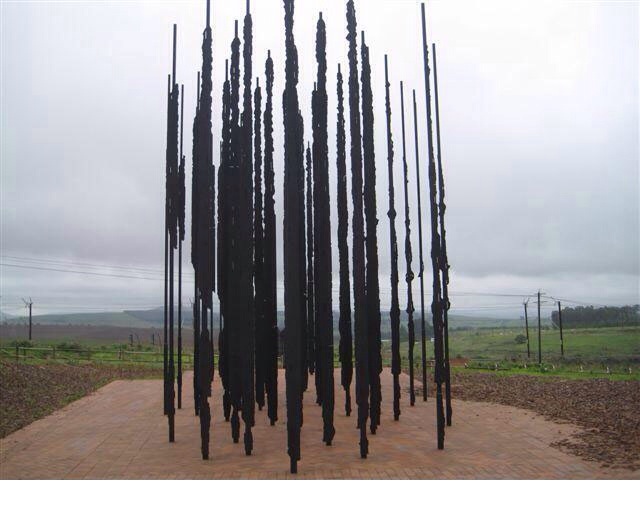 This amazing outdoor sculpture was built in South Africa in 2012. It consists of 50 ten metre high laser cut steel plates, set into the landscape. The sculptor is Marco Cianfanelli, of Johannesburg.

Viewed from any angle, the columns make an interesting statement within the landscape. However, when viewed from one particular point, the seemingly random pattern comes into focus, and you see an image of Nelson Mandela.

2012 was the 50th anniversary of the arrest of Nelson Mandela, in August 1962. The sculpture is situated in KwaZulu-Natal, at the place where Nelson Mandela was arrested, and the place from where his ‘long walk to freedom’ began.

Marco Cianfanelli says ‘the 50 columns represent the 50 years since his capture, but they also suggest the idea of many making the whole; of solidarity. It points to an irony as the political act of Mandela’s incarceration cemented his status as an icon of struggle, which helped ferment the groundswell of resistance, solidarity and uprising, bringing about political change and democracy.’

The sculpture, which eloquently both impacts and becomes part of the surrounding landscape, visually shifts throughout the day, with the sculpture itself being affected by the changing light and atmosphere behind and around it. 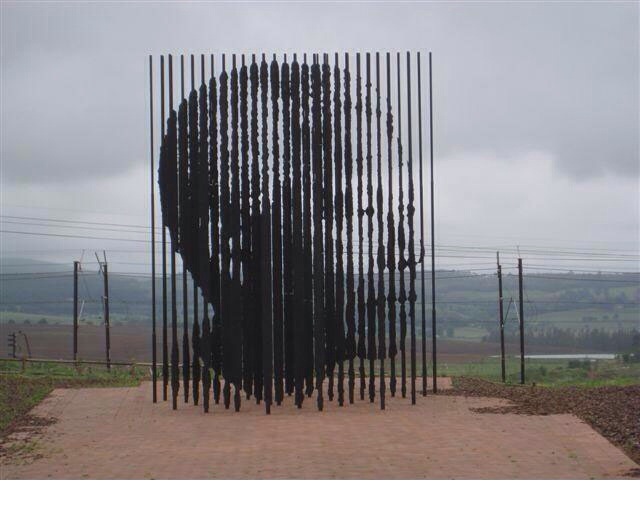