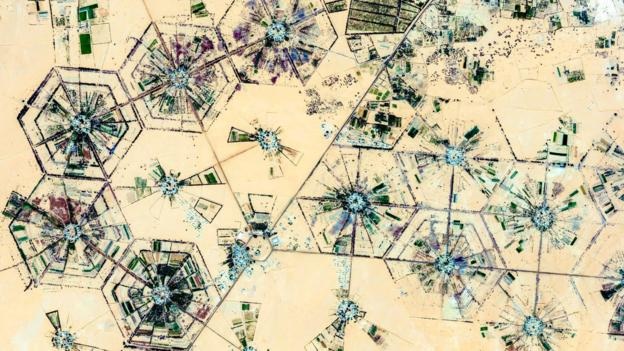 Al-Jawf, a town in Libya, is almost completely dependent on irrigated water. In the image below, the hexagonal shapes etched into the surface of the Sahara Desert represent agricultural oases up to 1km in diameter. 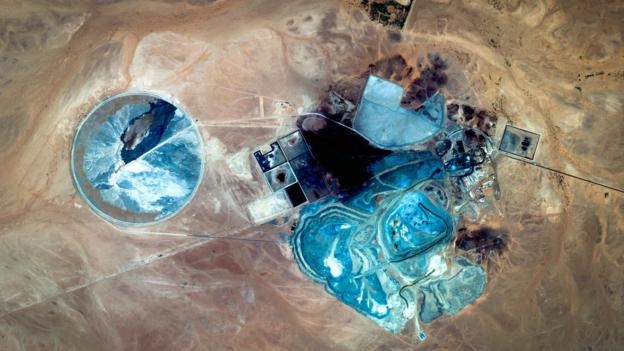 Copper and gold mine, Akjoujt, Mauritania

This image shows a copper and gold mine in Akjoujt, Mauritania. Blue colouring on the sand is caused by oxidised deposits of copper around the mine-head. When copper comes into contact with the atmosphere, the oxygen and water react with its surface to produce copper carbonate, giving it a green/blue hue.

Minerals like copper and gold are an important resource to the country. While other mineral resources are in decline, salt being a notable example, copper continues to be mined. In 2006, the mine’s owners, First Quantum Minerals, produced their first haul of gold – amounting to 322kg. The mine was expected to produce about 3,300kg of gold per year. 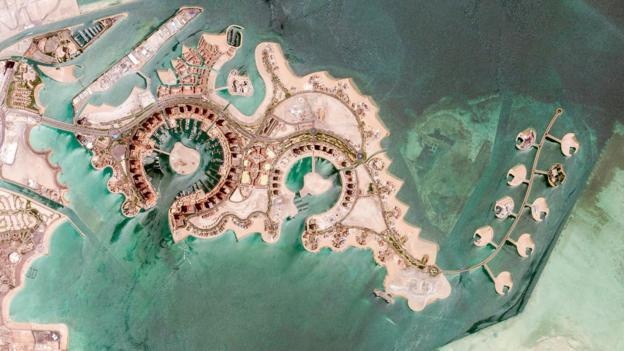 The Pearl-Qatar is an artificial island still under construction in Doha’s West Bay Lagoon. At completion, the island will be filled with luxury hotels, residences, shops and restaurants to draw in wealthy expats from all over the world.

Like Dutch polders, these luxury islands are built from land reclaimed from the water by dredging it up from the shallow seabed. A similar project in Dubai, the United Arab Emirates, called The World is not faring well after construction stalled in 2008.

The small artificial islands that make up the project will erode without continued maintenance. Environmentalists have warned that eventually the project would sink completely.
Residents began moving to move into The Pearl-Qatar in 2012, but construction on the whole island isn’t due to finish until 2018. 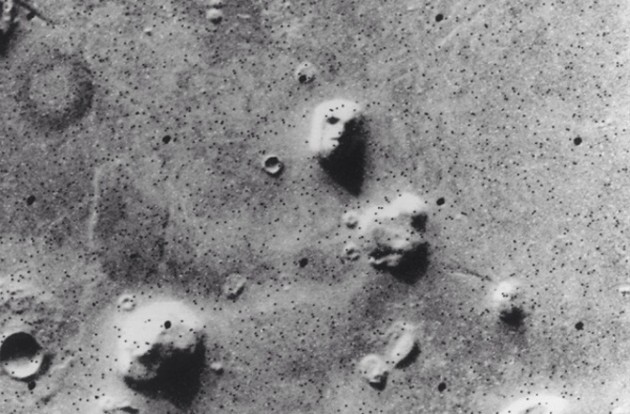 The red planet is a really weird place and in addition to these faces, a lot of other strange photos were made here: floating spoon, Martian Andre the Giant and several happy faces. This exact shoot was captured in 1976 but the sensation was short lived. According to NASA, it’s nothing but a ‘huge rock formation … which resembles a human head … formed by shadows giving the illusion of eyes, nose and mouth.’ 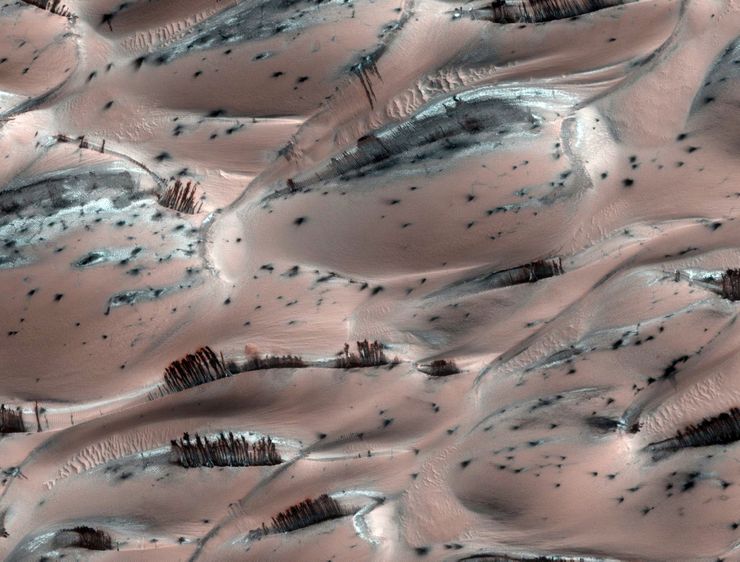 We’ve already discussed the faces of Mars, so let’s take a look at another weird shot from the red planet. What looks more like an abstract painting or even the dark trees rising from the Martian surface, are streaks of collapsed material which runs down the sand dunes because of evaporation of carbon dioxide frost.