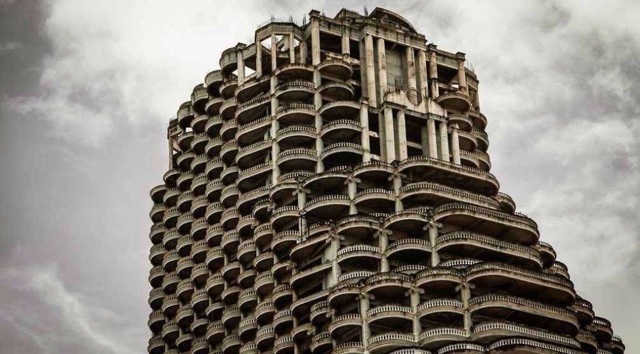 Back in the 1990s, Thailand’s economy was booming and the future was as bright as it had ever been. Things were going so well that developers were seeing tall office buildings everywhere and residential skyscrapers, a true show of the nation’s wealth.

Sadly, Thailand’s poor investments and large number of debts sunk the country’s economy in what is now known as the “1997 Asian Financial Crisis.” Due to lack of funding, all the building development came to a screeching halt, as the dreams of sky-scraping opulence suddenly faded. 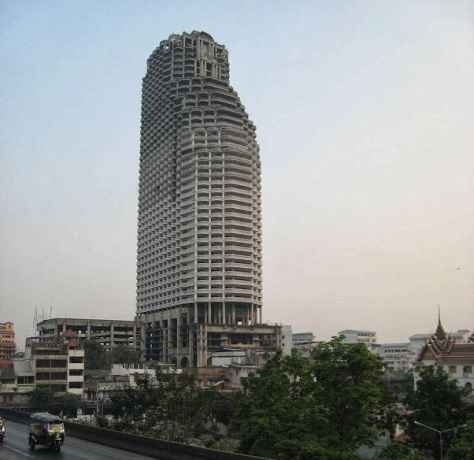 The Sathorn Unique building was among the buildings that fell victim to the Asian Financial Crisis. Many of the towers that were being developed prior to the economic crash were eventually completed, or are about to, but this one remains in ruin. Although once on its way to becoming one of Bangkok’s most beautiful buildings, the Sathorn Unique is now a creepy reminder of what Thailand dreamed of becoming. 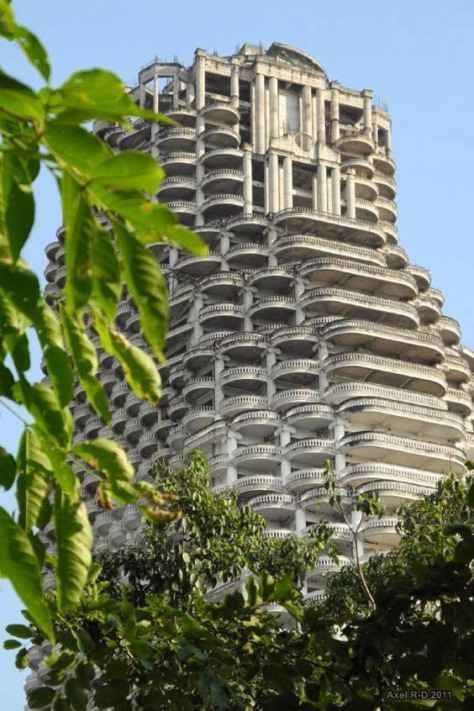 The commercial brochure is a sad reminder of how the tower was envisioned. It names the Sathorn Unique Tower as being the best place to overlook the grand cityscape; with 659 residential units and 54 retails, the 49-story building was set to become one of Bangkok’s most important landmarks. Sadly, however, the tower now looks more like what was left after an atomic apocalypse than anything else.