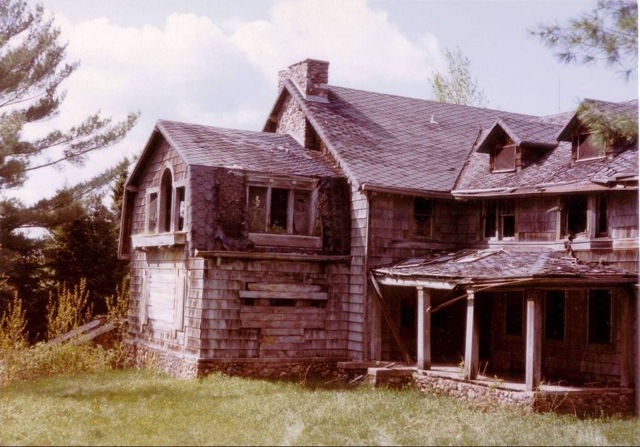 Summerwind was built in the early 20th century as a fishing lodge on the edge of West Bay Lake in Vilas County, in northeastern Wisconsin. In 1916 it was purchased by Robert Patterson Lamont, who employed Chicago architects Tallmadge and Watson to substantially remodel the property and convert it into a mansion. The renovations took two years to complete, and led to the near total reconstruction of significant portions of the property.

Lamont remained at Summerwind for about 15 years, during which time the maids told Lamont that the mansion was haunted. Although he did not believe them because the building was too new, he is reported to have abandoned the property suddenly in the mid-1930s after witnessing an apparition in the mansion’s kitchen. Local legend holds that he and his wife were eating dessert in the kitchen, when the door to the basement started to shake open, revealing the ghostly form of a man. Lamont was reported to have taken one look at the ghost, and pulled out a pistol. The ghost swung the door shut and Lamont squeezed off two shots in its direction, before fleeing the residence with his wife. 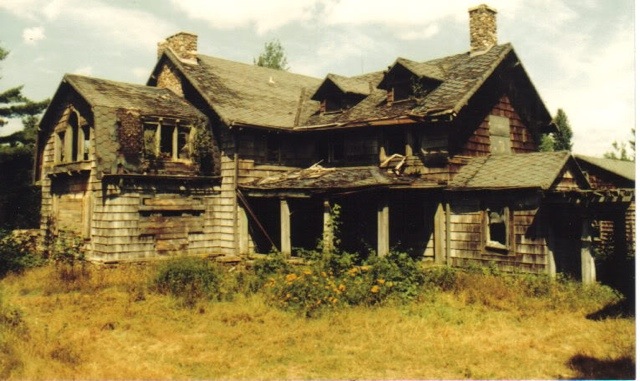 During the 1940s, the property was sold to the Keefer family, who maintained the mansion, but never lived there on a permanent basis. Some accounts place the sale after Lamont’s death in 1948. Others place it around 1941, prior to his death.

After the death of Mr. Keefer, his widow subdivided the land and sold it. The plot containing Summerwind reverted to Mrs. Keefer several times after several purchasers were unable to keep up payments. During this period many paranormal incidents were recorded, and the purchasers reported unease about the property, and thus it remained largely unoccupied.

After remaining vacant for 40 years, the house became the residence of Arnold and Ginger Hinshaw and their four children, who moved in during the summer of 1969. It is from this time onwards that most of the haunting reports originate.

After taking up residence, the Hinshaws reported a number of strange occurrences, ranging from flickering shadows that appeared to move down the hallways and soft voices that stopped when they entered rooms, to unexplained electrical and mechanical problems and sash windows that raised themselves. They also reported seeing the ghost of an unidentified woman who appeared several times in the vicinity of the house’s dining room.

Urban legend holds that after experiencing extended difficulties retaining workmen the Hinshaws decided to renovate the house themselves. During these renovations, Arnold is said to have removed a shoe drawer from a fitted closet and discovered a hidden recess behind it. There he discovered what he at first took to be the remains of an animal. However, because of the cramped entrance, he could not be certain of what he had seen. Later that day, when he sent his daughter Mary into the recess to see what the unidentified object really was, Mary discovered a human skull and strands of black hair. No report of the find was ever made to the police and the veracity of the legend has never been determined. The body was reported to have vanished when Ginger’s father and brother investigated the recess several years later.

Within six months of moving into Summerwind, Arnold suffered a breakdown. He began to wander the mansion at night and play the Hammond organ in a maddening way, claiming voices in his head ordered him to do so. During this time, Ginger attempted suicide. Arnold received treatment and Ginger moved in with her parents in Granton, Wisconsin. The land, once again, reverted to Mrs. Keefer.

Years later, Ginger’s father, Raymond Bober, announced plans to buy Summerwind and turn it into a restaurant with the help of his wife, Marie, and son, Karl. The Bober’s attempts to renovate the house suffered from many of the same problems as the Hinshaw’s attempt. Bober’s son Karl, who traveled to the house alone in order to arrange estimates and pest control work, reported a variety of unnerving events, including voices and an apparent supernatural reenactment of the alleged 1930s Lamont incident.

Construction workers also reported feeling uncomfortable and complained of missing tools and other happenings. One example is that when they attempted to draw blueprints, the dimensions of the house would change, with some rooms producing larger measurements on some days than on others. Photographs taken of the same location, on the same film, were also said to show a single room as several different sizes, even if taken seconds apart, or to show furnishings that had been in the room when the Hinshaws had lived there, but which had since been removed.

After experiencing several apparently supernatural incidents, and a number of conventional difficulties, by 1979 Bober abandoned his plans to convert Summerwind, and the land again reverted to Mrs. Keefer. Bober applied for permission to operate a concessions stand nearby, but his application was turned down because of a problem with local ordinances. Bober published an account of his experiences at Summerwind in 1979, under the pseudonym “Wolffgang Von Bober”.

The 80’s and the escalation of the Hauntings

After Bober relinquished the property, it was sold one more time, but again reverted to Mrs. Keefer. In 1986, by which time the mansion had fallen into disrepair, Summerwind was purchased from the estate of Mrs. Keefer by a group of three investors. Later the land and the ruins was sold to a Canadian family, who live in Richmond Hill, Ontario. They report frequent unexplained Hauntings, sightings and paranormal activity.

There have been several largely unconfirmed reports by people who have investigated the house in its abandonment, often involving objects flying around, disappearing and reappearing, and photographs with odd shadows in them. Late night clandestine visitors have also reported that they have seen Summerwind mansion as it would have appeared in an earlier time. Subsequent visits then revealed the true run-down condition of the manor.

In June 1988, Summerwind was struck by lightning several times, resulting in a fire that destroyed much of the mansion. Today, only the house’s chimney stacks, foundations, and stone steps remain.