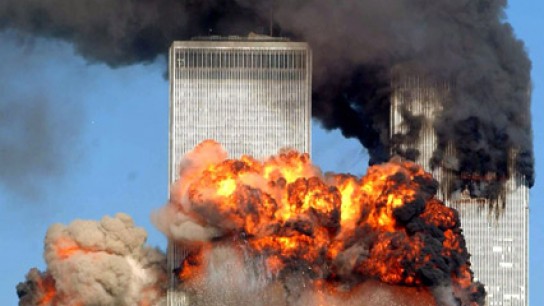 This incisive documentary analyzes the extreme, yet persistent, theories that cloud the memory of our national tragedy. Experts in engineering, intelligence and the military scrutinize 9/11 conspiracy theories. Based in large part on a breakthrough expose by Popular Mechanics. Produced by the authoritative NBC News Productions.

The tragedy of the attacks of 9/11 is ours to share; it is ours to remember; it is ours to understand. Yet, our memory and understanding were clouded almost from the first horrible moment Flight 11 struck the north tower. No-one could believe such a brazen and simple attack could be so tragically effective.

Disbelief quickly gave way to conspiracy theories and suspicions. These ideas from the fringe found a fertile breeding ground on the Internet and today many of them, through the power of almost infinite repetition, have nearly gained the status of truth.

The 9/11 Conspiracies: Fact or Fiction exhaustively examines some of the most persistent of these theories: that the World Trade Center was brought down by a controlled demolition; that a missile, not a commercial airliner, hit the Pentagon; and that members of the U.S. government orchestrated the attacks in hopes of creating a war in the Middle East.

Each conspiracy argument is countered by a variety of experts in the fields of engineering, intelligence and the military. The program also delves into the anatomy of such conspiracies and how they grow on the Internet. A must see if you regard Loose Change, Final Cut as a credible documentary