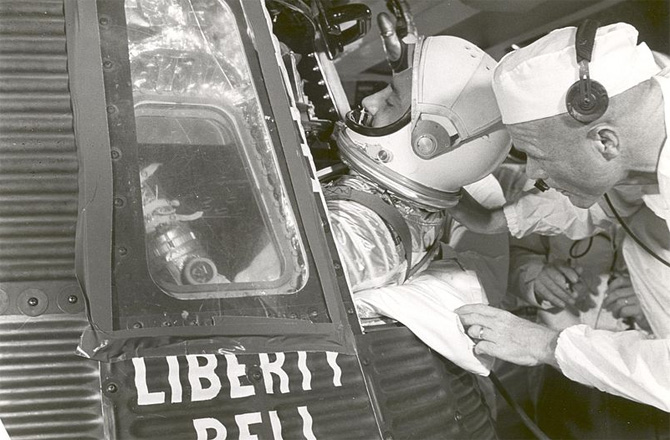 The Apollo 1 Conspiracy Theory – Did NASA sabotage the mission to prevent the lost Liberty Bell 7 capsule  astronaut commanding a mission that would be historic as the first moon landing?

Just days after Gus Grissom, Ed White, and Roger Chaffee were killed in a pre-launch fire, NASA began the arduous process of figuring out just what had happened. If Apollo was going to land a man on the moon by 1970, the agency had to fix the problem and move forward. But as the investigation unfolded, the accident took on a sinister tone with allegations that the crew were responsible for their own deaths or were victims of murder.

While a NASA-appointed committee investigated the physical capsule for evidence of the fire’s cause, Congress investigated NASA. Many representatives accused the agency of unnecessarily racing to the moon. A consequence of this race, they said, was an unrealistic schedule that saw money thrown at compounding problems without ever getting to the root of the issue. NASA, then, had deliberately and knowingly put the Apollo 1 astronauts in danger. NASA knew the risks of oxygen fires – multiple military experiments in oxygen environments ended with loss of life — but didn’t push for a two gas system in the spacecraft. Some accused the agency of criminal negligence

The younger Grissom had his suspicions in the 1960s but wasn’t able to prove foul play until the 1990s when he was granted access to the charred Apollo 1 capsule. Rooting around the instrumentation, he found a “fabricated metal plate” behind a switch on one of the instrument panels that controlled the source of the capsule’s electrical power. Its placement behind that switch, he said, was clearly an act of sabotage. It ensured that when any crew member toggled that switch there would be a spark. That spark would have been enough to start the fire that killed the crew.

A McDonnell-Douglas engineer, Clark Mac Donald, backed Scott Grissom’s story. In his own accident investigation he identified an electrical short brought on my a changeover to battery power as the reason for the fire. But NASA destroyed his report, he said, in an attempt to stem public criticism of the space program.

As a motive for murder by sabotage, Scott Grissom said NASA wanted to prevent his father being the first man on the moon. He said the agency never got over the embarrassment of losing the Liberty Bell 7 capsule and didn’t want the same astronaut commanding a mission as historic as the first moon landing. It’s a story that’s been floating around for a while, but it’s a hard one to swallow.