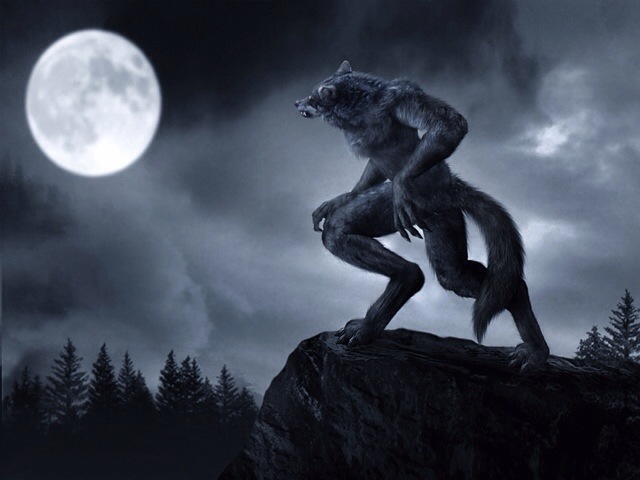 This case was tried in 1692, Jurgenburg, Livonia, situated in an area east of the Baltic Sea, steeped in werewolf folklore. It involved an 80 year-old man named Thiess.

Thiess confessed of being a werewolf, saying his nose had been broken by a man named Skeistan, a witch who was dead at the time he had struck Thiess. According to Thiess’ testimony, Skeistan and other witches were preventing the crops of the area from growing. Their purpose for doing this was to carry the grain into hell. To help the crop to continue to grow, Thiess with a band of other werewolves descended into hell to fight the witches and recover the grain.

The warring of the werewolves and the witches occurred on three nights of the year: Saint Lucia, Pentecost and Saint John (the seasonal changes). If the werewolves were slow in their descent the witches would bar the gates of hell, and the crops, livestock, and even the fish catch would suffer. As weapons the werewolves carried iron bars while the witches used broom handles. Skeistan broke Theiss’ nose with a broom handle wrapped in a horse’s tail.

Thiess was determined in his confession, denying he had ever signed a pact with the Devil. He refused to see the parish priest who was sent for to chastise him, saying that he was a better man than any priest. He claimed he was neither the first nor the last man to become a werewolf in order to fight witches.

Finally the judges, probably out of desperation, sentenced Thiess to ten lashes for acts of idolatry and superstitious beliefs.