The Bennington Triangle, centered around Glastenbury Mountain in Vermont, has long been known for strange events including UFO activity, bigfoot sightings, strange lights and sounds, and the location where five people disappeared in the 1940’s and 1950’s. The area is said to be cursed according to Native American lore.

The Indians of the area had long been wary of the area and avoided it. An Algonquin legend warned of a malevolent stone in the mountains that would open up and devour anyone unlucky enough to step on it.

The phrase “Bennington Triangle” was coined by New England author Joseph A. Citro in 1992 who said the area shares characteristics with the Bridgewater Triangle in neighboring Massachusetts.

The stretch of woodlands around Glastenbury Mountain includes the towns of Bennington, Woodford, and Shaftsbury, as well as the old mining ghost towns of Somerset and Glastenbury.

For more than two centuries there have been numerous sightings of a bigfoot-like creature in the Glastenbury Mountain area which became known as “The Bennington Monster.” One of the first reported sightings occurred in the early 1800s when a stagecoach full of passengers was forced to stop on a washed out road. The stage-driver first noticed very large footprints in the mud that was too large to be a human’s. Then, the coach was attacked by a large creature who knocked the vehicle on its side. The frightened passengers could only see a pair of eyes before the monster roared and ran off into the forest. Later sightings described the creature as a large, hairy, black thing standing over six feet tall.

There have long been stories of people going missing in the area, including a man named Carol Herrick in 1943. Herrick went missing during a hunting trip about 10 miles northeast of the ghost town of Glastenbury. His body was discovered three days later surrounded by huge, mysterious footprints. He had been squeezed to death! Many claim this to be the only person known to be killed by a bigfoot.

Unexplained mystery of the Bennington Triangle

Between 1945 and 1950, Bennington, Vermont was the site of several completely unexplained disappearances:

The first occurred on November 12, 1945 when 74-year-old Middie Rivers disappeared while out hunting. Rivers was guiding a group of four hunters up the mountains. On the way back Rivers got ahead of the rest of the group and was never seen again. An extensive search was conducted and the only evidence found was a single rifle shell that was found in a stream. The speculation was that Rivers had leaned over and the shell had dropped out of his pocket into the water. The disappearance had occurred in the Long Trail Road area and U.S. Route 9. Rivers was an experienced hunter and fisherman and was familiar with the local area. 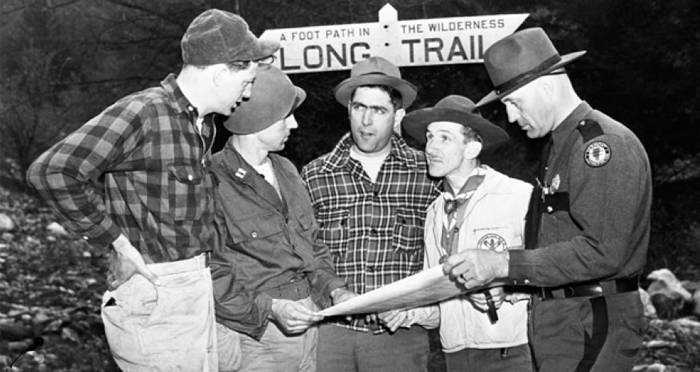 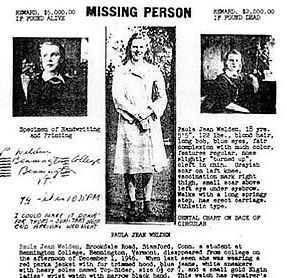 On October 28, 1950, Freida Langer, 53, and her cousin Herbert Elsner left their family campsite near the Somerset Reservoir to go on a hike. During the hike Langer slipped and fell into stream. She told Elsner if he would wait, she would go back to the campsite, change clothes and catch up to him. When she did not return, Elsner made his way back to the campsite and found Langer had not returned and that nobody had seen her since they had left. Over the next two weeks a total of five searches were conducted involving aircraft, helicopters and up to 300 searchers. No trace of the woman was found then. On May 12, 1951, her body was found near Somerset Reservoir, in an area that had been extensively searched seven months previously. Because of the long time the body had been exposed to the elements, no cause of death could be determined.

Langer was last person to disappear and the only one whose body was found. No direct connections have been identified that tie these cases together – other than general geographic area and time period. Source