It was a cold February day in 2004 when UMass Amherst student Maura Murray took a spontaneous trip toward the White Mountains. She told no one where she was going when she emptied her bank account, packed up her things, and hit the road. Just as quickly as her road trip started, it abruptly came to an end that evening when Murray crashed her car on a rural New Hampshire street. She has never been seen again.
Murray’s car was found abandoned on February 9, 2004 in Haverhill, New Hampshire by State Police responding to a call by a concerned bus driver. The bus driver came upon the crash, and a seemingly uninjured Murray told him she had called AAA (even though she hadn’t) and didn’t need his help. The driver left the accident and alerted police when he got home.
When police arrived to the scene minutes later, they found the wrecked vehicle—but no sign of the driver. The car’s windshield was cracked, the airbags were deployed, the doors were locked, and a box of wine was spilled across the car seat. All of Murray’s belongings—except for her debit cards and cell phone—were in the vehicle, and a rag was stuffed inside of the tailpipe.

The peculiar scene conjured up many questions. What happened, and why? And where was Murray? Twelve years later, authorities still haven’t been able to answer those questions. 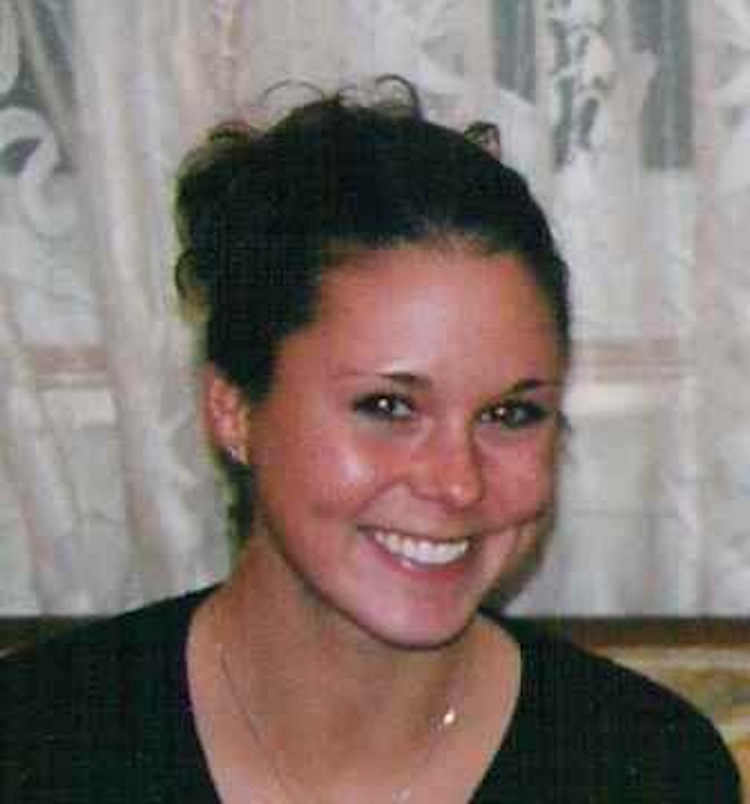 Murray’s disappearance has captivated many across the web, spawning endless discussion on her life and what could have happened to her. Did the young woman walk off into the woods and freeze to death? Or, did her bad luck continue that night and lead her into the car of a killer?

In order to find answers, Internet detectives have analyzed the 21-year-old’s personal life. In the months before the accident, Murray was arrested for credit card fraud. She was on probation for the incident when she disappeared, and she also experienced an emotional breakdown while at work days before.

Two days before the accident, Murray’s father, Fred, visited her on campus. The two shopped around for used cars together, before Murray borrowed her father’s car to party with friends. Later that evening, an inebriated Murray decided to return the car to her father and got into an accident.

Murray managed to escape being arrested by police, but the event upset her. Her father said Murray felt as though she let him down. Fred left Amherst on February 8. He spoke with his daughter around 11:30pm on the phone that night to arrange to fix his car on the following Monday. As it turned out, his wrecked car would be the least of his worries.

THE ACCIDENT AND DISAPPEARANCE

On the day of her disappearance, Murray emailed her professors and told them she was taking a week off of school for a family emergency. In actuality, there was no family emergency. As well as the emails, she searched for directions to the Berkshires in Burlington, Vermont. She also researched condos in the New Hampshire area. A resident heard Murray crash outside her house at 7pm, and reported the accident by 7:30pm. The bus driver reported the accident around 7:43pm, and the police arrived at 7:46pm.

When she couldn’t be found that night, the authorities placed a B.O.L.O. (Be on the lookout) for Murray the following day. Her family and boyfriend arrived in Haverhill on February 11, and a search was done by New Hampshire Fish and Game—two days after her disappearance. The search yielded no evidence or sign of Murray.

As a part of the investigation, Murray’s family and boyfriend were interviewed by police. Her boyfriend, Billy, told them he received a voicemail (that has since been deleted) on the night of the accident that sounded like Murray crying. Police were not able to determine if the call was actually from Murray.

At the initial time of her disappearance, police explored multiple scenarios as to what happened to the nursing student. One possibility was that she had committed suicide, but police concluded it was unlikely based on information family had given to them about Murray’s state of mind at the time. She was doing well in school, and didn’t have anything truly disrupting her life—that they knew of.

Authorities also entertained the idea that Murray walked away from the scene, was picked up by a passerby, dropped off at a bus station and fled the area. Along with that idea, another theory speculated Murray was intoxicated when she crashed and she wanted to avoid getting into trouble.

Police explained the theory in a Boston newspaper, “Second unlikeliest is that, intoxicated, she ventured into the woods and was overcome by the elements. But dogs couldn’t trace her scent, there were no footprints in the fresh snow, and helicopters equipped with heat-seeking devices were no help.”

The case grew even more strange when another young woman went missing a month later. Brianna Maitland’s car was found crashed and abandoned outside a Vermont farmhouse, 100 miles away from the scene of Murray’s crash. Like Murray, Maitland has never been found. The eerie similarities between the cases prompted some to believe there was a connection between the two; however, police have never confirmed the cases are related.

What seemed like a possible lead in Murray’s case turned into nothing. It was almost as if Murray vanished into thin air. With no trace of the missing woman, the case went cold.