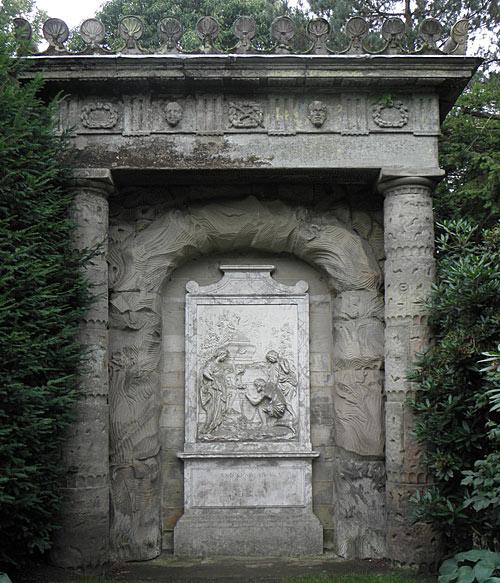 Look from afar at the 18th-century Shepherd’s Monument in Staffordshire, England, and you might take it as nothing more than a sculpted re-creation of Nicolas Poussin’s famous painting, “Arcadian Shepherds.” Look closer, though, and you’ll notice a curious sequence of letters: DOUOSVAVVM — a code that has eluded decipherment for over 250 years.

Though the identity of the code carver remains a mystery, some have speculated that the code could be a clue left behind by the Knights Templar about the whereabouts of the Holy Grail.

Many of the world’s greatest minds have tried to crack the code and failed, including Charles Dickens and Charles Darwin.