Eduardo de Valfierno, who referred to himself as Marqués (marquis), was an Argentine con man who allegedly masterminded the theft of the Mona Lisa. Valfierno paid several men to steal the work of art from the Louvre, including museum employee Vincenzo Peruggia.

On August 21, 1911 Peruggia hid the Mona Lisa under his coat and simply walked out the door.Before the heist took place, Valfierno commissioned French art restorer and forger Yves Chaudron to make six copies of the Mona Lisa. The forgeries were then shipped to various parts of the world, readying them for the buyers he had lined up. 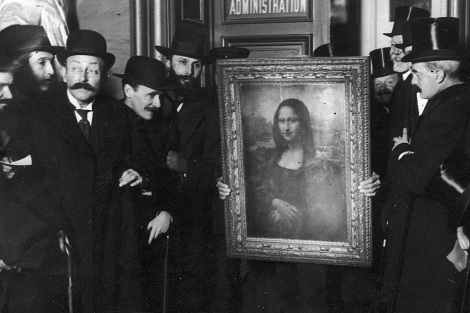 Valfierno knew once the Mona Lisa was stolen it would be harder to smuggle copies past customs. After the heist the copies were delivered to their buyers, each thinking they had the original which had just been stolen for them. Because Valfierno just wanted to sell forgeries, he only needed the original Mona Lisa to disappear and never contacted Peruggia again after the crime. Eventually Peruggia was caught trying to sell the painting and it was returned to the Louvre in 1913.