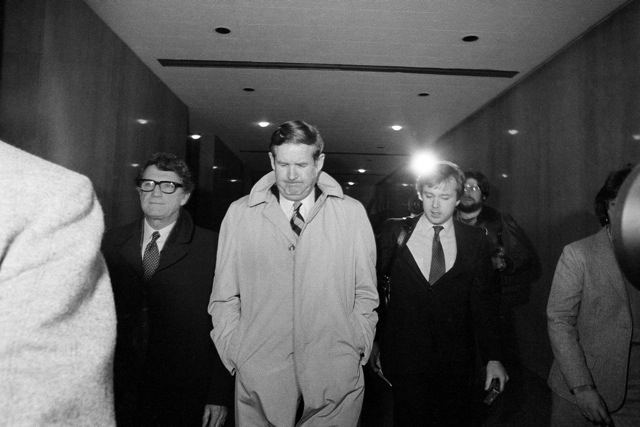 In February of 1978, the FBI recruited Melvin Weinberg, a convicted con artist, to assist them in their pursuit of two stolen paintings. Through continued collaboration with the art and insurance fraud expert, the organization’s operation evolved into an investigation of political corruption. Using the same tactics Weinberg employed to swindle money from clueless investors, the government hoped to draw out money-hungry politicians and catch them in illegal negotiations.

To pull off the operation, Weinberg created a fake company, “Abdul Enterprises,” funded by two wealthy Arab sheiks. Shorten “Arab scam” and you get “Abscam.” (In the years since the operation, the FBI has insisted the portmanteau derives from the more politically correct “Abdul scam”) 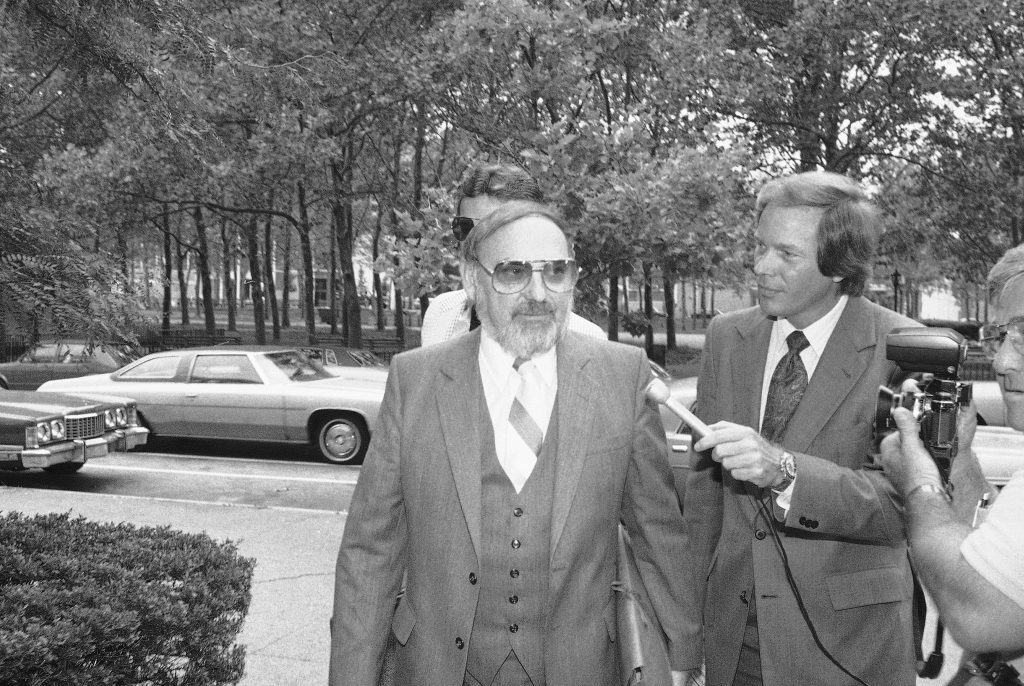 According to his authorized biography, The Sting Man, Weinberg’s first con occurred in 1931 at the age of 6, when he swindled gold stars away from his elementary school teacher in the Bronx.

When his father entered the glass business a few years later, young Weinberg took to shooting out the windows of competing local businesses.

By the late sixties, Weinberg was married, living on Long Island, and running London Investors, Ltd., a fraudulent business that, according to court documents, had been a “front-end scam” for real estate investment. Weinberg would promise his clients large loans, take their “processing fees” of several thousand dollars, and never produce his half of the bargain. One of his victims was Las Vegas performer Wayne Newton, who paid Weinberg $800 to arrange a loan.

By 1969, after a brush with the law, he was doubling as an informant for the FBI, ratting out New York criminals. Somehow, he thought this would keep him safe from prosecution. Yet in 1977, Weinberg was forced to plead guilty to (and was convicted of) fraud in the Western District of Pennsylvania. The FBI seized the moment, strong-arming him into joining what became Abscam.

Evelyn Knight, was an outsider to Abscam. According to Weinberg’s wife, the British-born Knight was the con man’s mistress for fourteen years, as well as his partner-in-crime at London Investors, Ltd.. In business meetings, he claimed Knight was “Lady Evelyn, one of the ten richest women in the world.” She would sit out Abscam, and when Weinberg moved to Florida after the dust settled to live in anonymity, his mistress followed. Weinberg even picked up the tab for her house, which he apparently decorated to look identical to the house he shared with his wife. In 1982, he divorced his wife and married Knight.

To avoid entrapment (going out and straight-up bribing the targets), Weinberg fed information to his FBI contacts on Abdul Enterprises’ “vast funds.” He, along with FBI agents John Good and Anthony Amoroso, set up shop in Hauppauge, New York. Like Weinberg’s London Investors, their “business” had no obvious front other than dishing out loans. The hope was that, through word of mouth, those in the know would come knocking for payouts from the fictitious sheik who was looking to do American business. The big get was Angelo Errichetti (whose movie alter ego, Carmine Polito, is played by Jeremy Renner), who was both mayor of Camden, New Jersey, and a New Jersey state senator when he came knocking at the door.

After casino gambling was partially legalized in New Jersey in 1976, Errichetti looked to help resurrect and expand Atlantic City as a casino town. The mayor told Weinberg and the FBI he had influence in obtaining gambling casino licenses — he just needed money. As the FBI records explain, the “sheik” was happy to bribe anyone and everyone in order to develop casinos, as well as gain asylum in the U.S. Errichetti would play the middleman connecting Abdul Enterprsies with the corrupt politicians who turn a blind eye and push the necessary legislation through the system. The bargain: Abdul Enterprises would pay congressmen $50,000 up front and an extra $50,000 later.

Legitimacy became an issue during the Abscam con. Agents Good and Amoroso (the closest player to the Bradley Cooper film character) quarreled over the money that should be poured into the operation. Good thought the usual low-rent flourishes would cut it; Amoroso, hearing the advice from Weinberg, knew a billionaire sheik would demand a certain style.

According to Weinberg’s biographer Robert. W. Greene, the FBI’s problem was that “the budget-conscious government investigator cannot think in terms of Dom Perignon, coffee breaks, authentic Louis XVI furniture, and rented Lear jets as props for an investigation. The government mind tends more to Sears, Roebuck suits, dinner meetings at Schrafft’s, and discount rooms at the Dixie Hotel … Weinberg made the difference.”

The schemes were lavish. When Errichetti and his partner, Philadelphia attorney Howard Criden, wanted to meet the sheik, Weinberg convinced Amoroso to throw a party on a luxury yacht, obtained by U.S. Customs during a drug bust, in South Florida. With an FBI stand-in playing “Kambir Abdul Rahman,” Errichetti was convinced not only to accept bribes, but facilitate other deals between Abdul Enterprises and politicians.

From there, it was just a matter of organizing meetings and convincing the high-profile wheelers and dealers to accept the money. And they had to actually take the money. Surveillance cameras were planted in order to capture the moment a suspect would technically break the law. In the below video, Pennsylvania Congressman John Murtha is seen conversing with Weinberg, Amoroso, and Criden, but never takes the briefcase packed with money. He is one of the few un-indicted co-conspirators of Abscam.

With over $600,000 spent on the operation, Abscam ended in 1980 after two years of undercover operating. Prior to Abscam, only ten members of Congress had ever been convicted of bribery; after it concluded, a senator, six members of the House of Representatives, one immigration official, Mayor Errichetti, two members of the Philadelphia city council, and, allegedly, a member of the New Jersey Casino Control Commission all had been.

As one might expect from Abscam’s unconventional methods, serious fallout continued for years after Abdul Enterprises closed up shop. The operation went under the microscope.Was Abscam entrapment? Or just, as one prosecutor put it, “’outrageous governmental misconduct”? There were also accusations of a lack of oversight in regards to Weinberg’s work. The con-man-for-hire took many meetings without his federal babysitters, and the operation resulted in a big payday for Weinberg — he was given about $150,000 by the FBI. Undocumented time spent with congressman also raised the possibility that Weinberg accepted his own off-the-book bribes.

A barrage of comments Weinberg’s wife Marie gave to 20/20 in February 1982 stirred the pot. The grief-stricken woman accused her husband of perjury, illegal gift-taking (everything from money to suits to microwaves), and kickbacks while in the employ of the FBI. On top of the televised testimony, Marie wrote a nineteen-page statement that detailed her cheating husband’s exploits. A week after it aired, she committed suicide.