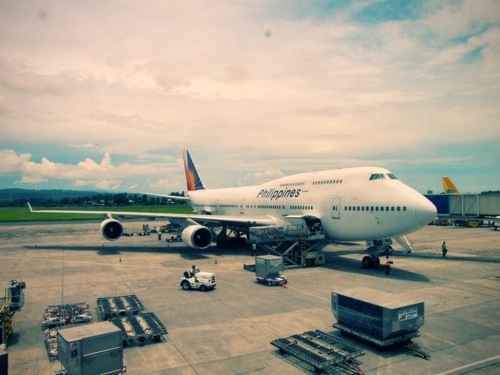 Philippine Airlines Flight 812 was a scheduled passenger flight from Francisco Bangoy International Airport in Davao City to Ninoy Aquino International Airport near Manila. On May 25, 2000, an Airbus A330-301 operating on the route was hijacked by a man later identified as Reginald Chua, just before the airplane was about to land. The flight carried 278 passengers and 13 crew members.

The hijacker demanded the passengers place their valuables in a bag before he commanded the pilot to descend and depressurize the aircraft so that he could escape by a homemade parachute. Since it did not have a rip cord, one was made with a curtain sash on the aircraft. Before he was about to jump, he panicked and clung to the rear door, and a flight attendant pushed him out of the plane.

The hijacker was wearing a ski mask and swimming goggles when he jumped out of the plane together with the valuables he had stolen while the plane was flying at an altitude of 1,800 meters over Antipolo, Rizal. Officials initially identified him as “Augusto Lakandula”, based on the name on his ticket. The pilot expressed skepticism that the hijacker would have survived the jump.

Three days after the hijacking, the hijacker was found dead, his body nearly buried in the mud, in the village of Llabac, in Real, Quezon, about 70 kilometers southeast of Manila, near the border with Laguna province. It is speculated that he survived the fall but was killed by the mud. Through his driver’s license, “Lakandula” was finally correctly identified as Reginald Chua.