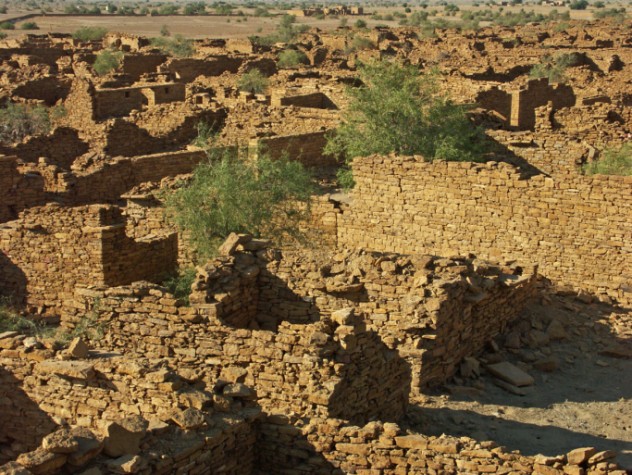 For over 500 years, the village of Kuldhara was populated by about 1,500 residents. One night, they all disappeared. They didn’t die or get abducted or anything—they just left. The reason for their sudden evacuation is lost in time. Some say they fled the taxation of an oppressive rulers, while others weave a tale of young lovers and the girl’s angry father who was a big shot at the village. Whatever the actual cause of desertion, one thing is generally agreed upon—when the villagers left, they cursed the area so that no one may live there ever again.

Since then, of course, some people tried to take over the cozy, abandoned village. According to legend, all who tried died a brutal death. Some of the people who have died in there are said to still haunt the village, according to paranormal investigators who have experienced some very strange events in the place.

Whether all of this is true or not, the village has certainly gained a frightening reputation. It remains deserted to this very day, and no one has even considered repopulating it for a long time.