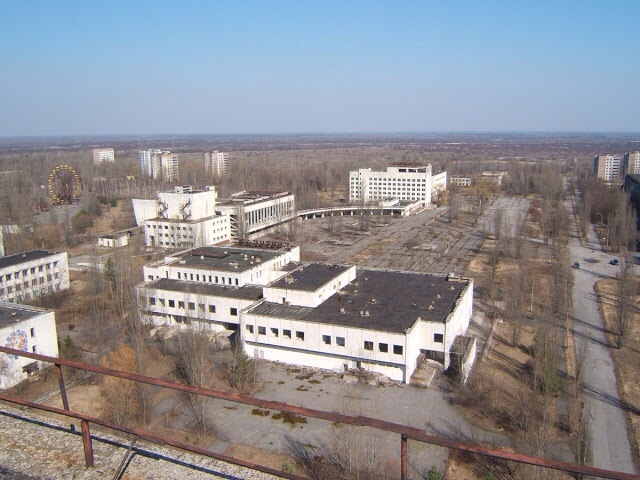 Prypiat is probably the most famous nuclear ghost town

The Chernobyl disaster was a nuclear reactor accident in the Chernobyl Nuclear Power Plant in the Soviet Union (now Northern Ukraine). It was the worst nuclear power plant accident in history and the only instance of level 7 on the International Nuclear Event Scale, resulting in a severe release of radioactivity into the environment following a massive power excursion which destroyed the reactor. 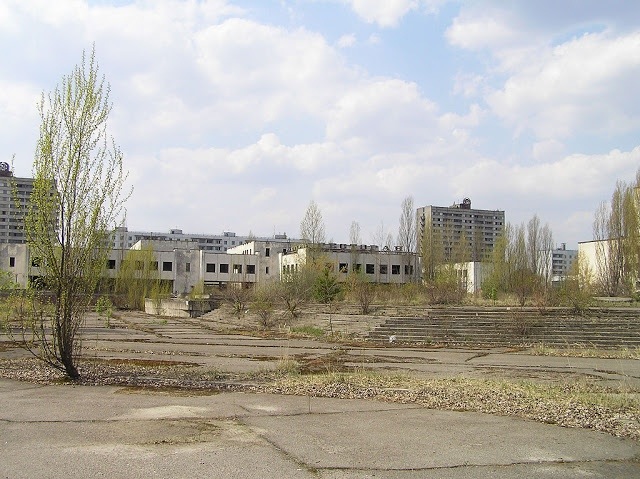 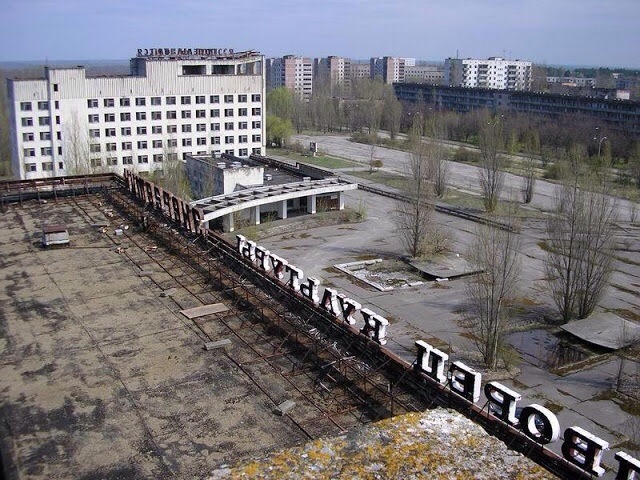 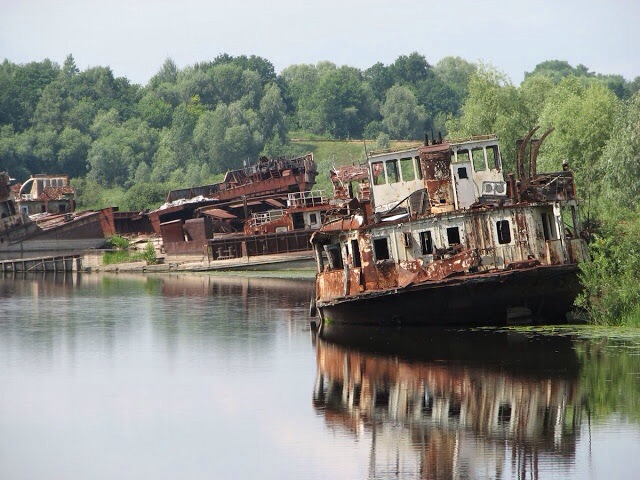 Even the boats and cars remain, 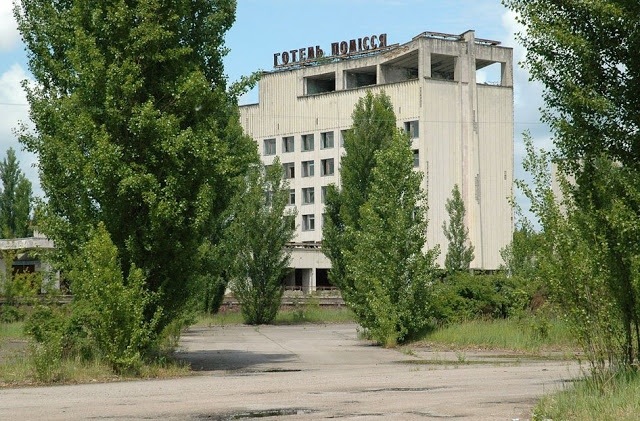 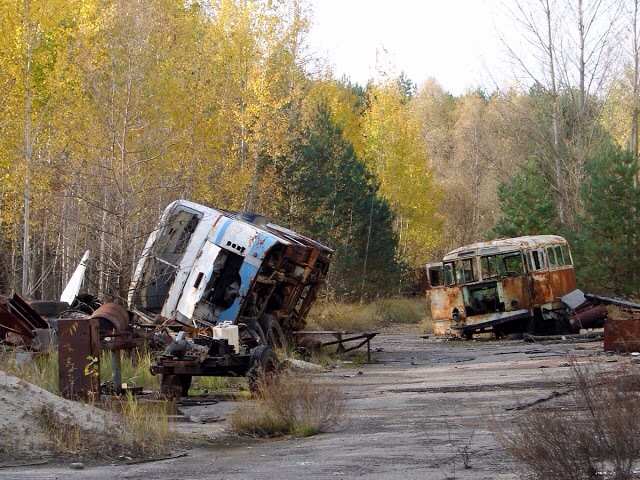