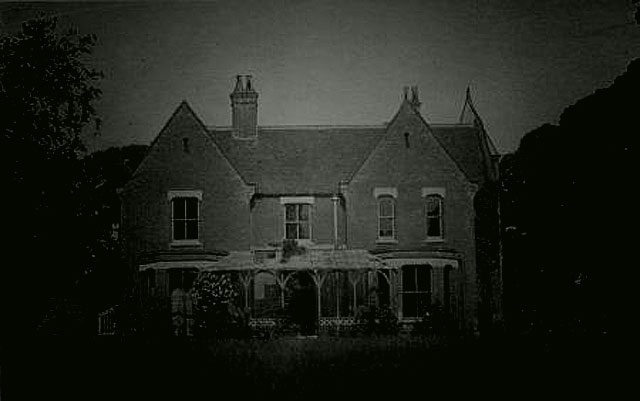 Revenge of the Nun!

Borley Rectory was a Victorian mansion that gained fame as “the most haunted house in England”.

Built in 1862 to house the rector of the parish of Borley and his family, it was badly damaged by fire in 1939 and demolished in 1944.

The rectory was recorded as being built on the site of an old monastery.

A local legend, which researchers claim to be true, says the Benedictine monastery supposedly built about 1362, according to which, a monk from the monastery carried on a relationship with a nun from a nearby convent.

After their affair was discovered, the monk was executed and the nun bricked up alive in the convent walls.

The earliest stories of any hauntings appear 100 years before the Rectory was built, and tells the story of a ghost “nun” whom approaches anyone that passed the ruins of the monastery at night, in a ” seductive manor” these records show sightings of the nun for over 50 years in the 1500’s.

The earliest existing report of a paranormal events occurred in about 1863, since a few locals later remembered having heard unexplained footsteps within the house at about that time. On 28 July the four daughters of the rector, Henry Dawson Ellis Bull, saw what they thought was the ghost of a nun at twilight, about 40 yards (37 m) from the house; they tried to talk to it, but it disappeared as they got closer.

A recently discovered newspaper report from 1882 recounts the horrific details of the death of a local girl at the rectory – the official verdict on her death was “unknown entity possession – leading to her being beheaded – her head was never found!”

The local organist recalled that the family at the rectory were “very convinced that they had seen an apparition on several occasions”. Various people claimed to have witnessed a variety of puzzling incidents, such as a phantom coach driven by two headless horsemen, during the next four decades. Henry Dawson Ellis Bull died in 1892 and his son, the Reverend Henry (“Harry”) Foyster Bull, took over the living.

On 9 June 1928, Henry (“Harry”) Bull died by unnatural causes – claimed to be demonic possession, and the rectory again became vacant.

discovery of a head!

In the following year, on 2 October, the Reverend Guy Eric Smith and his wife moved into the house. Soon after moving in Mrs Smith, while cleaning out a cupboard, came across a brown paper package containing the skull of a young woman. Perhaps the head of the girl from 1882

Shortly after, the family reported a variety of incidents including the sounds of servant bells ringing despite their being disconnected, lights appearing in windows and unexplained footsteps. In addition, Mrs Smith believed she saw a horse-drawn carriage at night. The Smiths contacted the Daily Mirror asking to be put in touch with the Society for Psychical Research (SPR). On 10 June 1929 the newspaper sent a reporter, who promptly wrote the first in a series of articles detailing the mysteries of Borley. The paper also arranged for Harry Price, a paranormal researcher, to make his first visit to the house that would ultimately make him famous.

He arrived on 12 June and immediately phenomena of a new kind appeared, such as the throwing of stones, a vase and other objects. “Spirit messages” were tapped out from the frame of a mirror. As soon as Harry Price left, these ceased. Mrs Smith later maintained that she already suspected Price, an expert conjurer, of falsifying the phenomena.

The Smiths left Borley on 14 July 1929, and the parish had some difficulty in finding a replacement.

The strange case of the Foysters

The following year the Reverend Lionel Algernon Foyster (1878–1945), a first cousin of the Bulls, and his wife Marianne (née Marianne Emily Rebecca Shaw) (1899–1992) moved into the rectory with their adopted daughter Adelaide, on 16 October 1930.

Relationship with a demon!

Lionel Foyster wrote an account of various strange incidents that occurred between the time the Foysters moved in and October 1935, which was sent to Harry Price. These included bell-ringing, windows shattering, throwing of stones and bottles, wall-writing, and the locking of their daughter in a room with no key. Marianne Foyster reported to her husband a whole range of poltergeist phenomena that included her being thrown from her bed.

On one occasion, Adelaide was attacked by “something horrible”. Foyster tried twice to conduct an exorcism, but his efforts were fruitless; in the middle of the first exorcism, he was struck in the shoulder by a fist-size stone. Because of the publicity in the Daily Mirror, these incidents attracted the attention of several psychic researchers, who after investigation were unanimous in suspecting that they were caused, consciously or unconsciously, by Marianne Foyster.

Mrs Foyster later stated that she felt that some of the incidents were caused by her husband in concert with one of the psychic researchers, but other events appeared to her to be genuine paranormal phenomena.

Marianne once claimed that she was having a sexual relationship with a demon that visited her at night. She claimed the demon told her to also have a relationship with the lodger, Frank Pearless. she later went on to claim that she used paranormal explanations to cover up her real liaisons.

The Foysters left Borley in October 1935 as a result of Lionel’s ill health.

Following the Foysters departure, strange messages started to appear on the walls of the Rectory 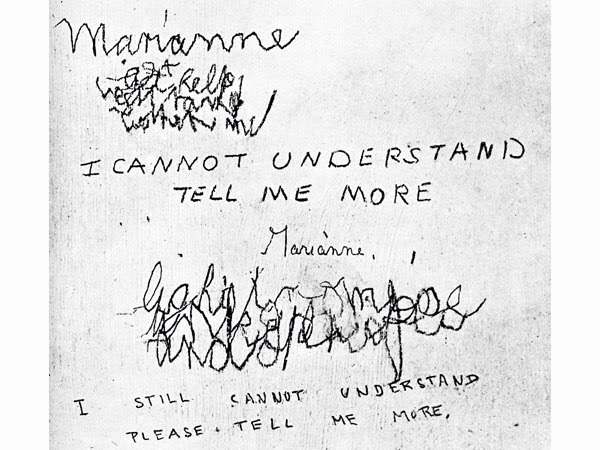 On 27 February 1939 the new owner of the rectory, Captain W. H. Gregson, was unpacking boxes on the day he moved in when he claims something pushed him, been though he was alone, causing him to accidentally knock over an oil lamp in the hallway.

The fire quickly spread and the house was severely damaged. After investigating the cause of the blaze the insurance company concluded that the fire had been started deliberately.

Recently the discovery on unexplained secret passages throughout Borley have been revealed. It is unclear on the purpose of the network of tunnels.