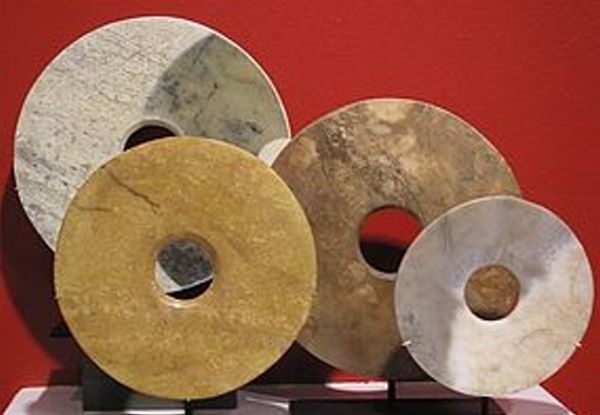 In 1938, in a nearly inaccessible mountainous region on the borders of China and Tibet a remarkable and perplexing set of discoveries were made that still mystify scholars and scientists today.

In a group of secluded caves, ancient burials were discovered that contained strange humanoid skeletons only four and a half feet tall.

In addition to their unusual stature, the skulls of these skeletons were considerably oversized in relation to their slight frames.

The caves themselves were quite unusual in that they appeared to have been carved artificially into a series of tunnels and underground chambers. The walls of the caves are said to be squared and glazed like glass; as if cut into the rock using extreme heat. The walls were also carved with relief pictures of the moon and the stars, and an image of the rising sun cresting over towering mountains. The carvings also consisted of a series of dots connecting the earth with the stars. The caves were determined to be about 12,000 years old.

The caves and the bodies buried within, were discovered by a Chinese professor of archaeology at Beijing University, named Chi Pu Tei and his students. In all, they found 716 graves containing the strange diminutive skeletons. Adding to the mystery, in each of the graves they found a curious stone disk. Each disk measures about one foot in diameter (30 cm) and a third of an inch thick (6 mm) with a round 20 mm hole in the center of the stone much like a modern phonograph record or computer disk platter.

The disks are engraved with microscopic inscriptions (or hieroglyphics) of an unknown origin, that sit within two fine grooves that spiral inward from the outer edge of each disk to its center. The disks are carved with a very high level of precision from the hardest of granite. It is difficult to imagine that they could have possibly been carved with ancient tools. Attempts by Chi Pu Tei and his students to decipher the inscriptions or of determining the purpose of the stones proved fruitless.

Lacking any relevant historical clues as to which culture could have possibly created the stone disks or any comparative species to identify the skeletons against; Chi Pu Tei’s students took a risk and made some rather bold assumptions. They proposed that the skeletons were those of an unknown species of mountain gorilla and that the stones were obviously added by later cultures in some form of reverence. Chi Pu Tei was amused by the theory and quipped, “who ever heard of apes burying each other? Regardless of the results of Chi Pu Tei’s research he was forbidden from publishing his findings by the Chinese government.

Over the years many of the disks quietly disappeared into the black market and private collections, with a majority of them ending up in the Beijing University’s archives.

The mystery of the Dropa Stones and the puzzling identity of the skeletons starts to get much more interesting in the years following the end of World War II.

In the late 1940’s a Polish University professor showed one of the strange stone disks from his private collection to Dr. Karyl Robin-Evans, a British Scientist. The professor said that he had purchased the disk in Northern India, and that it came from an esoteric group of peoples known as the Dzopa. The Dzopa, as he had been told, used the stone in conducting some form of religious or magical ritual.

Dr. Karyl Robin-Evans was quite intrigued and set out for the land of the Dzopa. In Tibet he reportedly gained audience with the 14th Dali Lama. Through that meeting the British scientist was able to develop a number of important relationships and gain the trust of the Tibetans. This enabled him to put together an expeditionary team and convince them to lead him into the land of the Dzopa. Getting them to guide him into the Bayan-Kara-Ula region however, proved to quite challenging. His Tibetan porters, affected by local legend, were very fearful of the remote area and of the mysterious Dzopa people.

Abandoned by most of his porters, the Dr. and a very small contingent finally achieved his quest. Discovering that a race of diminutive but primitive people calling themselves Dzopa did indeed exist in the mountainous region, his biggest challenge proved to be communication. Over several months, he eventually learned enough of the Dzopa language to begin meaningful dialogue. With added help from the Dzopa shamans, he was told a very strange tale.

The lore of the Dzopa states that they come from a place (a planet) in the Sirius system. It also states that 20,000 years ago an exploration mission was sent to earth and that a second expedition was sent to earth 8,000 years later. During the second expedition an accident occurred that destroyed their flying craft and the survivors were stranded, unable to ever leave the earth again.

Note: Over time the Dzopa name has been referred to as Dropa. This is likely due to the sound of the second consonant is between a Z and an R. Dropa seems to be the popularized version.

In 1962 another Chinese scientist skilled in linguistics, a Professor now known as Tsum Um Nui succeeded in partially deciphering the hieroglyphics on the stone disks and in translating their meaning. His published findings literally stunned The Academy of Sciences in Beijing.

His work was viewed as incredibly controversial and likely to greatly upset the status quo of conventional thinking. The initial reaction of the Academy was to prohibit the public release of his papers. With his research papers locked away for four years, and numerous appeals by the professor, he finally received the permission of The Academy of Sciences Beijing, to publish his report. Unfortunately the Academy was correct in assessing its impact. Professor Tsum Um Nui was the target of mockery by many of the less progressive archeologist around the world. Saddened by this perspective on his findings and implications against his credibility, Professor Tsum Um Nui immigrated to Japan, where he also adopted the Japanese name of Tsum Um Nui. The professor died in 1965, a broken man.

Professor Tsum Um Nui’s research papers told the story of a group of beings called the Dzopa (Dropa). These beings were visitors to earth which, through an unfortunate accident, crashed their starship in the Bayan-Kara-Ula mountains nearly12,000 years ago. Those who had survived the crash were stranded here on earth and lived out their days within their protected colony. The Bayan-Kara-Ula region proved to be a significantly hostile environment for the Dzopa. The severe extremes of the mountains were but part of their challenge. As the stones recounted, attacks from the local peoples (humans), killed many of the surviving Dzopa despite their peaceful intentions.

Also in 1965 Professor Chi Pu Tei re-emerged in the Dropa mystery and he and four of his colleges were finally given permission to publish their findings. The work was published under the (translated) title: “The Grooved Script Concerning Space-ships Which, as Recorded on the Disks, Landed on Earth 12,000 Years Ago.”

In this document, the Chinese scientists offer that the 716 grooved disks recovered from the caves tell a consistent and still astonishing story. It is a story of a space probe sent by the inhabitants of a planet in the Sirius system. After crash landing in the Bayan-Kara-Ula mountain range, the scripts say, that the peaceful intentions of the aliens were confused by the local tribes, who very likely out of fear, hunted down and killed the extraterrestrials without reservation.

In the early 1970’s Russian scientists filed a request with the Chinese government to examine the stones and several were sent to Moscow. Under examination the Russian scientists were very surprised to discover that the disks contain high levels of cobalt (a ferromagnetic element) and other metals.

These materials are consistent with those found in iron core meteorites.

One scientist, Dr. Vyatcheslav Saizev, discovered that placing the disks on a special turn table causes them to vibrate and emit strange rhythmic tones. The overall audible effect is as though an electric charge is passing through the disks even though no current is present.

The scientists believe that at one time the Dropa disks were exposed to extraordinarily high voltages and subjected to extreme temperature fluctuations.

The inscriptions, in their assessment, read out like the Roman numerals of all the prime numbers! They seem like ancient computer disks, similar in many ways to the computer disks we have today.

The Russian scientists felt that if only they could figure out how to electronically read these ancient disks, and on what type of device to read them with, the information uncovered would likely be staggering.

1.) No photos are known to exist of the Dzopa Caves or of the carvings said to be on the cave walls.

Photography was certainly around in 1938.
Of course photos could have been confiscated and suppressed by the Chinese government.

2.) No photos are know to exist of the skeletons found in the caves. The current location of any of the bones is unknown as well.

From description however, they would seem to bare a resemblance to the generally reported description of the aliens referred to as ‘Grays’ by people who claim encounters.

Additionally, the Chinese Government does acknowledge a community of dwarfish people currently living in the Bayan-Kara-Ula region. These people however have no exposure to technology and literally live in Medieval style existence.

3.) No photos of the actual Dropa Stones
have surfaced, not even of the stones allegedly sent to Russia.

4.) The Dropa Stones held by the Chinese are said to number in the hundreds, yet they have never been displayed to the public. 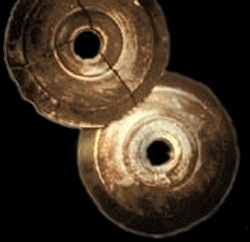 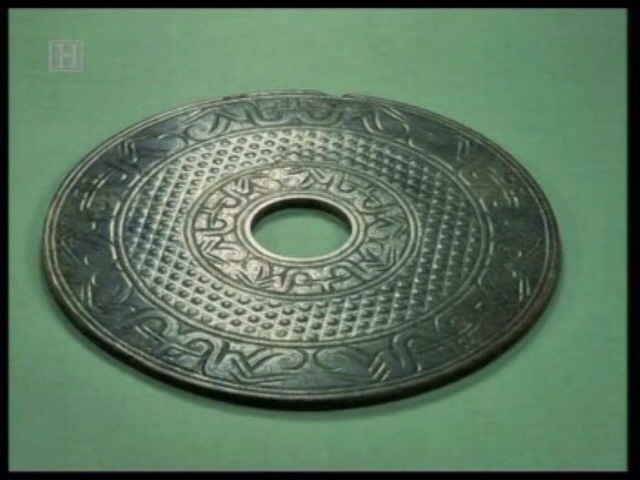