In 1959, nine hikers faced horrifying and baffling deaths in the Ural Mountains. To this day, the cause of their death remains a mystery.

The following images may be disturbing!

Did something slaughter nine hikers on Siberia’s Death Mountain in 1959?

Everyone knows The Dyatlov Pass mystery – but here are some the the rare photographs taken by the hikers that you may not have seen before!

This photo was taken of the group just before they started the hike – this photo remains a mystery – it reveals something very odd in the foreground – just behind the table.

The hikers set off 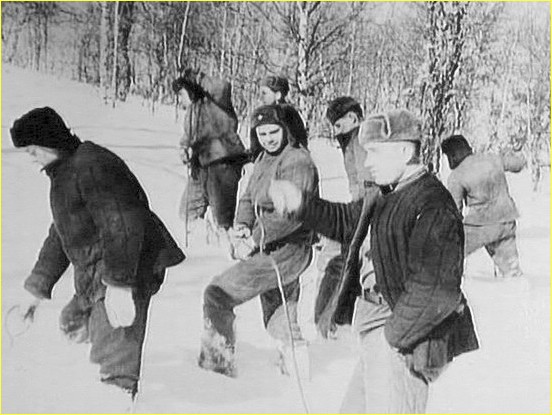 Shortly after setting off – things went wrong! The horror on the Dyatlov Pass

Discovery of the incident

Read the full Unexplained Mystery
The investigators speculated that sometime before midnight on February 2, the skiers were frightened by an “unknown event.” Members of the team managed to cut or rip through the fabric of the tent in a frantic attempt to escape whatever might have been attacking or approaching them and in their haste they burst out into the icy night mostly unclothed and in a state of sheer panic.