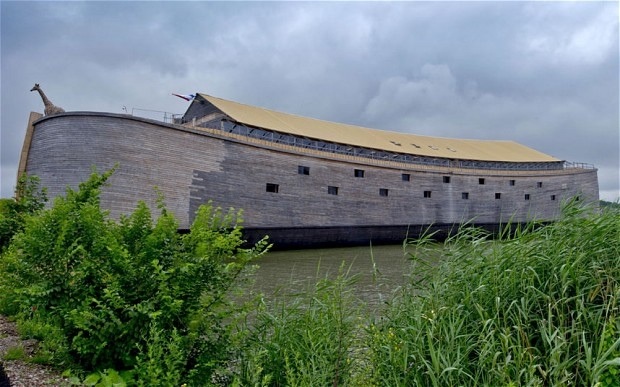 In Darren Aronofksy’s forthcoming epic “Noah,” the vessel by which the biblical hero saves himself, his family, and pairs of animals from the apocalyptic flood appears like a huge shipping container standing some 50 feet tall and 500 feet long.

The design was inspired by “going back to what God tells Noah in the Bible,” Aronofksy said in a behind-the-scenes featurette recently released by Paramount.

The problem is, Russell Crowe’s Noah might have gotten the wrong instruction manual.

The original Noah’s Ark was a giant round vessel, says a script on an 3,700-old clay tablet now on display at the British Museum in London.

Found in the Middle East in the late 1940s by Leonard Simmons, who then passed it to his son Douglas, the cracked, smartphone-sized tablet consists of 60 lines in cuneiform. It was translated by Irving Finkel, curator of the British Museum’s 130,000 Mesopotamian clay tablet collection.

The tablet turned out to be a detailed construction manual for building an ark with palm-fiber ropes, wooden ribs and coated in hot bitumen to make it waterproof.

The vessel, however, was round.

“The Babylonians of around 1750 believed the ark in the flood story was a giant version of the type of coracle that they actually used on the rivers,” Finkel told Discovery News.

The coracle described in the tablet was “the largest the world had ever dreamed of, with an area of 3,600 square meters, and six-meter high walls,” Finkel said.

“A round boat makes perfect sense in Mesopotamia where round boats are likely to have been used on the Tigris and Euphrates rivers. It would not have made much sense in the Levant where you don’t have rivers like that,” Elizabeth Stone, an anthropology professor at New York’s Stony Brook University, told Discovery News.

“Being round isn’t a problem — it never had to go anywhere: all it had to do was float and keep the contents safe: a cosmic lifeboat,” Finkel wrote in his British Museum blog. 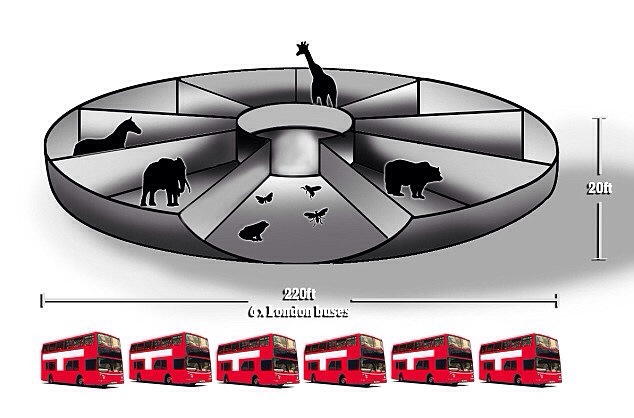