From notorious bank robber John Dillinger’s prohibition-era revolver to an arsenal of weapons owned by Ma Barker and her gang, the FBI’s cache of firearms holds almost every gun ever made.

These fascinating photos give a rare insight into the Bureau’s 80-year-old collection which is kept at the FBI laboratory in Virginia.

With an inventory of more than 7,000 weapons, the endless racks of guns provide a reference point for the laboratory’s firearms examiners to support criminal investigations.

Among the more unique items in the collection are an old Thompson submachine gun hidden in a guitar case and a pistol hidden in cut out pages of a rare first edition of Gone With The Wind by Margaret Mitchell. 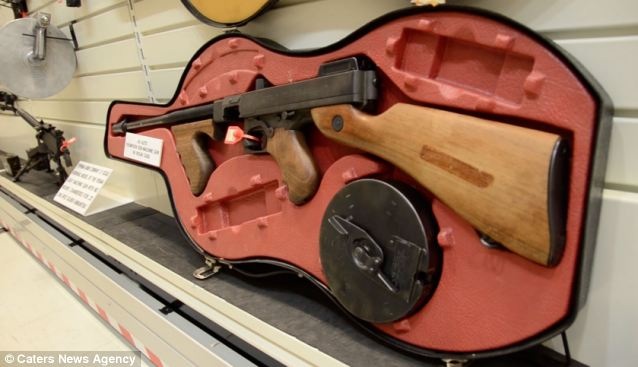 Straight out of a bond film 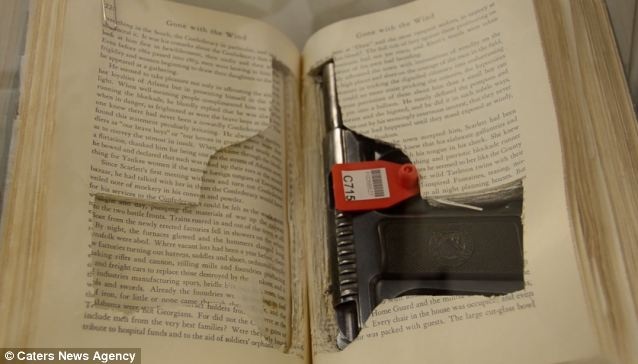 On a military base in Quantico, Virginia, the FBI keeps a collection of over 7,000 guns, including weapons used by John Dillinger and other famous American gangsters.

But these weapons aren’t used in the field to prevent crime. Instead, they’re part of a massive library used to help solve crimes.

With the weapons on hand, analysts can rebuild destroyed weapons needed for evidence and match ballistics from thousands of samples. 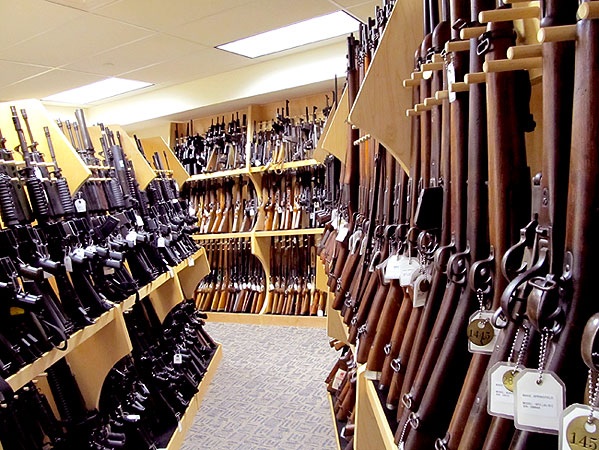