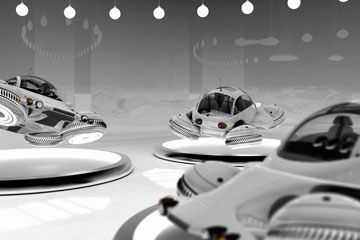 We all want a flying car!

The dream of the flying car simply won’t go away. Glenn Curtiss rolled out Autoplane in 1917, the first attempt at such a vehicle, and the design trend continues to this day. Terrafugia’s 2010 Transition is one of the more recent prototypes, but the basic design still breaks down to a vehicle that functions as both an automobile and an airplane.

But let’s face it: The popular dream of flying cars far exceeds the notion of driving onto an airfield and taxiing out for takeoff. From “Blade Runner” to the pages of “Popular Mechanics,” the concept is as much about floating cars and highways in the sky. It all lands us slap-dab in the middle of hoverboard country, and we’re forced to contemplate the bugbear that is antigravity technology.

While the ability to manipulate antigravity would transform transportation immensely, the subject is largely taboo in research circles due to numerous hoaxes and unfounded claims. This doesn’t mean serious minds aren’t interested. Between 1996 and 2002, NASA’s Breakthrough Propulsion Physics Project explored the possibilities of antigravity. Needless to say, we’re still waiting on the flying cars and hoverboards. For now at least, they remain outside the reach of human technology