Home Science The forgotten lake – sealed off for up to 500,000 years
UNEXPLAINED MYSTERIES 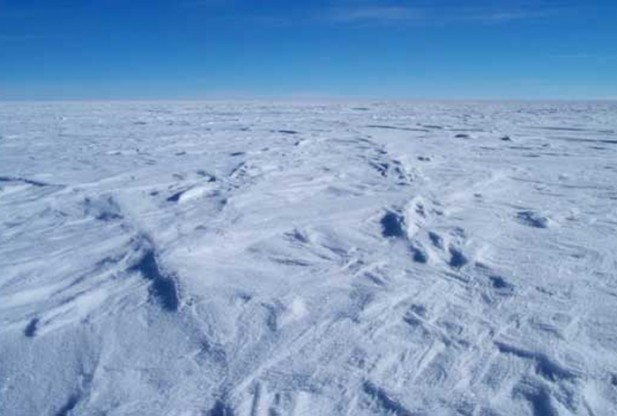 British scientists are poised to begin a “terrifying” mission to search for extreme forms of life in one of the most inhospitable places on Earth.

They plan to probe an ancient lake that has been sealed off from the outside world for up to 500,000 years beneath 1.8 miles of Antarctic ice.

Water and sediment samples from the lake may reveal vital secrets about the Earth’s past climate. The expedition may also pave the way for a robot mission to Jupiter’s moon Europea, where scientists have discovered a subsurface ocean under a layer of thick ice.

In October, after 16 years of planning, the team of scientists, engineers and support staff will set off on the 16,000 mile journey to the heart of Antarctica. Programme manager Chris Hill, from the British Antarctic Survey, said: “This is an incredibly exciting and terrifying time for us.”

The expedition, estimated to cost around £8 million, will use state-of-the-art equipment to ensure there is no contamination of the lake or samples. A hot water drill working at 2,000 pounds per square inch will bore a hole down to the lake, melting the ice as it goes.

Scientists will pass a hi-tech titanium probe through the borehole to capture water and sediment samples at different depths. The first results are expected by Christmas. An update on the mission was given at the British Science Festival taking place at the University of Aberdeen.

Principal investigator Dr Martin Siegert, from the University of Bristol, said: “It’s a frontier of science. No-one has done the work that we plan to do. Finding life in a lake that could have been isolated for up to half a million years is an exciting prospect, and the lake bed sediments have the potential to paint a picture of the history of the west Antarctic ice sheet in a way that we haven’t seen before.”

Once the drilling operation is complete the team will have just 24 hours to collect samples before the borehole freezes up and re-seals the lake. The scientists will be working in temperatures of minus 25C with wind speeds averaging 25 knots.

Professor John Parnell, from the School of Geosciences at the University of Aberdeen, said: “For years we have speculated that new forms of microbial life could have evolved in the unique habitats of Antarctica’s subglacial lakes.”