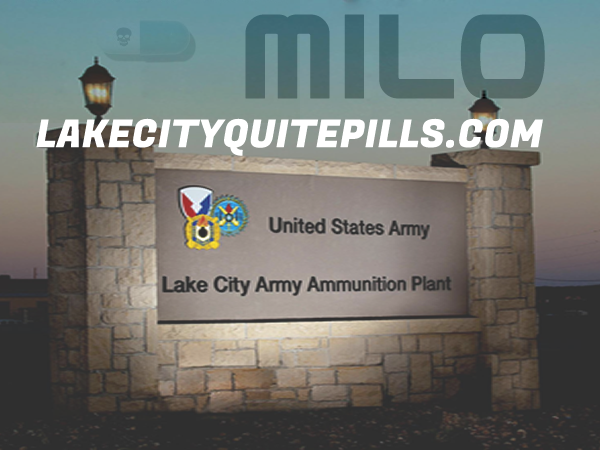 In 2009, u/2-6 posted on Reddit that u/ReligionOfPeace had passed away. User ReligionofPeace had been fairly well known in a number of Reddit channels, and the announcement of his death sparked some interest between other users.

This interest discovered that u/ReligionOfPeace, aka “Milo” owned the domain for a site called “That Old Guy’s Image Hosting”. When another Reddit user innocuously checked the source code of the site, it quickly became one of the internet’s strangest unsolved mysteries. What follows is the full story of LakeCityQuitePills.com 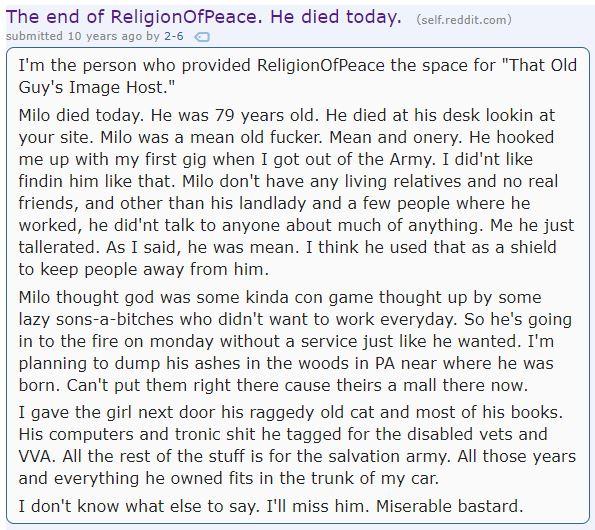 If your interested, this is where Milo is now.  Here

This is  was a  link to Google Maps, which pointed to an area near Round Top and Lake Heritage, Pennsylvania – just southeast of Gettysburg. The exact location was right near a shopping mall, which u/2-6 claimed had been built on land that had once belonged to ReligionOfPeace. Presumably this is where his ashes had been spread.

AngelTwo-Six’s forum posts here had no direct ties to Lake City Quite Pills website, many of them advised people on home repairs, but a few did mention violence and military terms,  primarily about rifles, amunition, and weaponry. What  these Reddit investigators  from reading all the posts on FARK was that the LakeCityQuitePills site might have been a reference to the Lake City Army Ammunition Plant. Especially when “AngelTwo-Six”‘s old forum posts were examined and their tagline (the quote that could be set to auto-generate at the end of a forum post) was noticed: “Dispensing Lake City Quiet Pills to lousy bastards in need of permanent rest since 1968.”

A claim was made at this point of a hoax and  ReligionOfPeace and 2-6 being the same person. But nothing was clear. It could be that everything was exactly as presented by 2-6. What argued against the hoax were the consistent spelling errors of 2-6/AngelTwo-Six over the course of year, errors which were not seen on any of ReligionOfPeace posts. 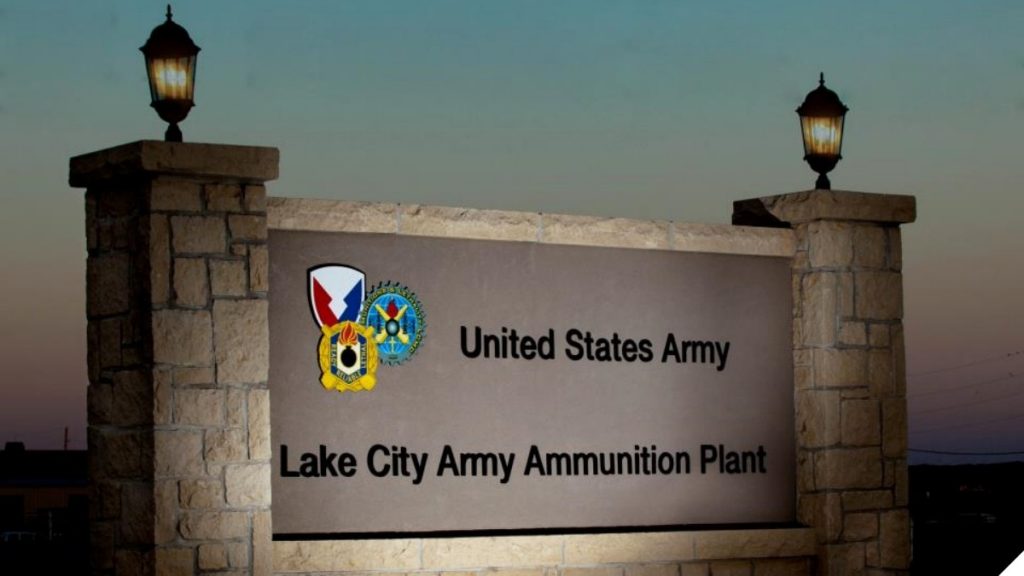 Some believed that this message was related to Mahmoud al-Mabhouh’s assassination (debunked since, although the debunk has also been debunked and this debunk debunked again). The assassination itself warrants a full investigation and this video is an excellent place to begin

On January 19th, 2010, Mahmoud Al-Mabhouh arrived in Dubai – the largest and richest city in the United Arab Emirates. He was flying alone, under a fake name, and with no security guards.

Earlier that day, his trip had been preceded by a small network of men and women. Numbering around two dozen in total, these individuals had arrived in Dubai using fake names and passports of their own, and began coordinating their efforts to track Al-Mabhouh.

This operation was led by at least three coordinators, all of whom were working under assumed names: Gail Folliard, Kevin Daveron, and Peter Elvinger. These three had coordinated at least five trips to Dubai; presumably, to survey the region, and do reconnaissance for what was to come.

Mahmoud Al-Mabhouh arrived in Dubai shortly after 3:00 PM local time, and from the moment he landed, he was followed by a network of operatives. Men and women began to mix and match, following Al-Mabhouh out of the airport, to a cab, and eventually to the hotel that he was staying at.

Prior to his arrival, a half-dozen operatives had checked in at hotels in the region: all of the hotels he had stayed at prior to this visit. They wanted to cover their bases, and make sure they had feet on the ground to find out which room he was staying in. They likely knew the ins-and-outs of each hotel, and were waiting in the lobbies of every hotel, awaiting his arrival.

We know this because security footage picked up these operatives – numbering around a dozen in total – following Al-Mabhouh from afar. On at least two occasions, these men and women would enter restrooms to briefly change up their disguise, and don a wig or exchange items of clothing. This footage also shows Al-Mabhouh arriving at the Al Bustan Rotana Hotel, where two men were standing in the lobby, wearing tennis gear and holding tennis rackets.

As Al-Mabhouh makes his way to his hotel room, one operative remains in the lobby, and begins reporting in to the other operatives on an electronic device. At this point, the other operatives – who are all in hotels in the surrounding region – begin to converge on this location.

The other man wearing tennis gear begins begins to follow Al-Mabhouh to his hotel room, eventually learning that he is staying in room 230. He doesn’t act yet, but just pretends like he’s heading back to his own hotel room.

Upon learning the room number of their target, one of the mission’s leaders – the man whose passport named as “Peter Elvinger” – makes a phone call from the business center of another hotel nearby. He requests the room directly across the hall from Al-Mabhouh – room 237. This would act as the base of operations for the other operatives, who begin to meet up and assemble in that room shortly thereafter.

Mahmoud Al-Mabhouh would leave his room shortly thereafter, heading to a nearby mall. There, security coverage of his whereabouts would become spotty, but a couple of these unknown operatives tracked him throughout. It was rumored that he was meeting up with some local contacts, but that’s mostly speculative. Nonetheless, the operatives now assembled in room 237 take this time to begin hacking into his door’s electronic lock, figuring out a way to gain access to Al-Mabhouh’s room without attracting any attention.

Again, this is all captured by security cameras. When another hotel guest walks out of a nearby elevator, one of the operatives attempts to distract them while the other operative continues working, and they make short work of the door’s lock. When Al-Mabhouh returns to the room at around 8:30 PM, he has no suspicions whatsoever. The door unlocks normally, and he enters… completely and totally unaware that there are a handful of individuals waiting for him inside.

Roughly twenty minutes later, the operatives in room 230 begin exiting the room, and return to room 237.

Within moments, they begin to exit the hotel one-by-one, with all of their belongings in-tow.

Within four hours, almost all of these men and women have left Dubai entirely, with their flights taking them all across the globe: to Frankfurt, Bangkok, Zurich, Rome, Johannesburg, Paris, and Doha.

Mahmoud Al-Mabhouh, on the other hand, would never leave his hotel room. At around the same time the assassins were leaving his room, he missed a phone call from his wife, and his body would not be discovered until the very next morning – roughly twelve hours after he had been killed.

Messages Dated February 2nd, 2010 – Two weeks after the assassination the following appeared  within the HTML code of the LakeCityQuitePills website:

“here is the final for the party

“you all did dutch milo proud. thanks.”

Other “job” messages continued to appear for a few months, until the Redditors that discovered this source code began posting links to it on Reddit and began to link up the timing of the numerous posts with world events.

Almost as soon as this happened, the messages in the code at LakeCityQuietPills changed to being encrypted. When Redditors began working at deciphering the messages it was encrypted again, becoming too complicated to break. Shortly thereafter, the website was taken offline for good. 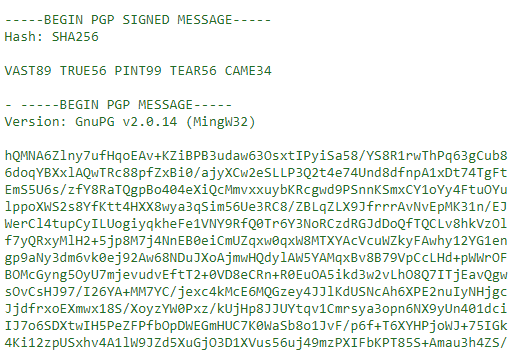 It’s time to stop. These people are very rich but that money does not come from “merc” work. Shade and Milo were software engineers at a later stage of their life due to injuries sustained in combat. Maybe not Shade but he still went that route as well. Their jobs were organizing heists/smuggling ops. Simple as that. This is why recruitment was largely language based. Merc work does pay well but not well enough to net you millions$$$ for operations when your team is only a few men large. That money does not come out of thin air and lets you buy heavy weaponry. Some of these posters/members have no background in merc work. They do however have work in public and private transportation. Milo is definitely real and at a later part of his life started relieving his duties and gave it to others who’d continue his work. His hobbies were compsci (webhosting, programming, 3d modelling), jacking off and organizing “jobs” as he spent a third part of his life on the web. His organization went under after Shade’s suicide (he had cancer anyways) and I think the new one has been operating for 3 years. I will respect their privacy and hopefully this gives people closure. The initial belief that it’s a PMC stationed in Africa is wrong. Milo had right-wing leanings and recruited like minded people. Look up what Rhodesia actually means to people nowadays and you’ll understand. South Africa is still deemed their home due to the real estate they kept buying up but they’ve operated across the world. Also easy to find desperate like-minded people there. A message to the lcqp. I cleared your tracks. Have a good one. 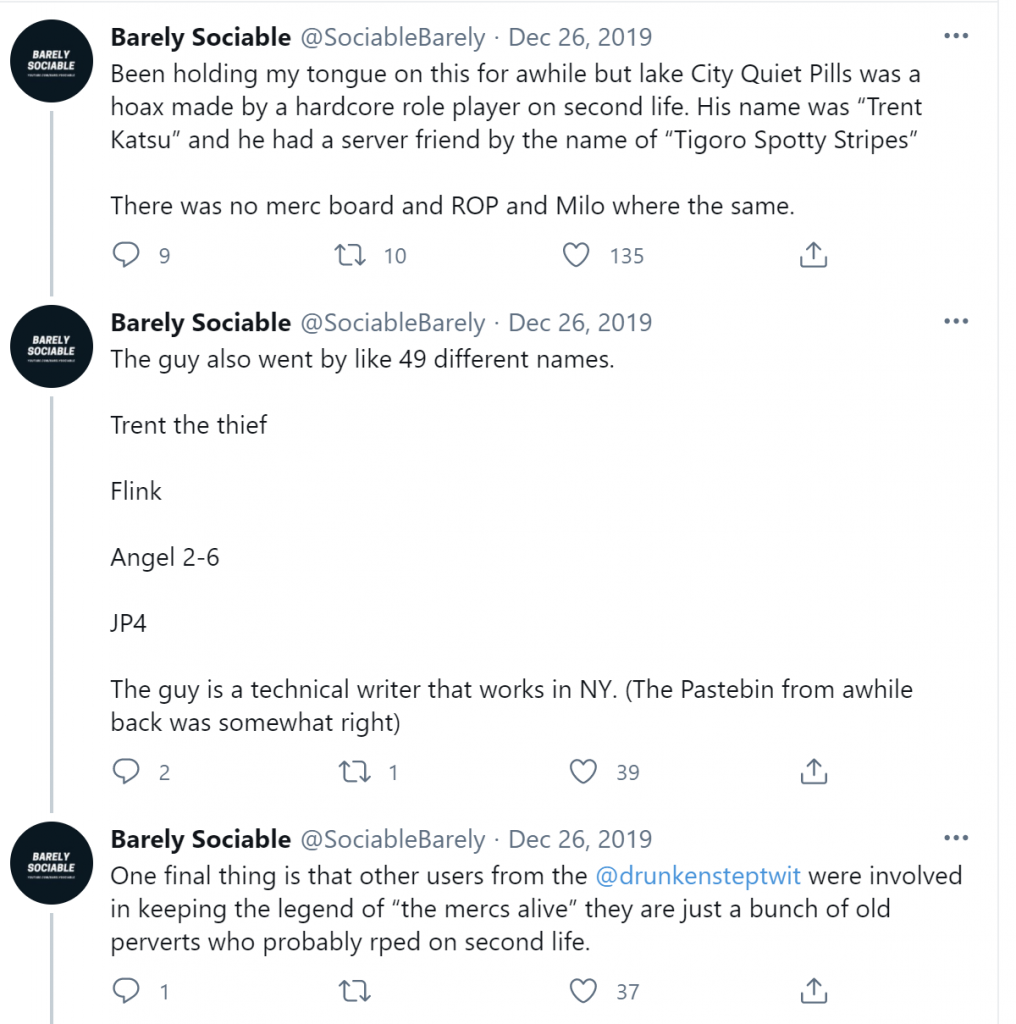