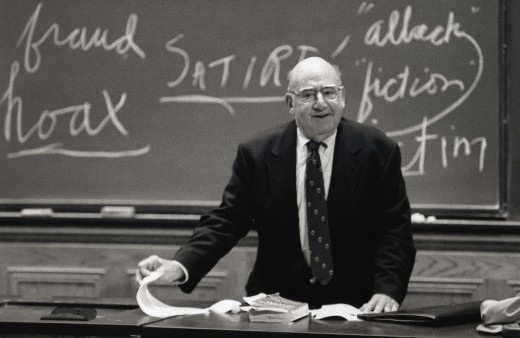 A Lawyers office in Rosenheim Bavaria, was the unlikely setting for a poltergeist case that completely altered public opinion on the subject of poltergeists in Germany. Armed with introductions from Hans Bender, director of the Freiburg Institute of Parapsychology, a team traveled with a camera to Rosenheim in the spring of 1975 to make a television documentary on the case for BBC television.

Arriving at the centre of town, they sought out Konigstrasse 13, a tall building in which various professional men had their consulting rooms, and which had been the scene of the notorious poltergeist activities they had come to investigate. They had centred on the office of a lawyer named Adam.

Herr Adam said that the events that were to become so famous began quietly enough in the summer of 1967, when telephone malfunctions were reported by office staff. Calls to the office on Rosenheim 1233 had been interrupted by clicks or cut off, and sometimes all four receivers would ring at once although the line was dead. The malfunctions had become too frequent to overlook, and’ the office manager, Johannes Engelhard, called in repair men from Siemens, the company that had installed the equipment a junction. box and four telephones. The Siemens engineers worked in the office for several weeks, testing wiring and equipment. Although they found no faults, they replaced the receivers and junction box but, as this did not improve matters, they called in the post office.

Early in October, the post office replaced the Siemens equipment with official post office telephones. They installed a meter so that, as they were made, calls could be recorded visibly in the office on a counter, with a similar meter at the telephone exchange to provide an official record. At the same time, Herr Adam asked his staff, the office manager Johannes Engelhard, two office clerks and a part-time worker, tomake a note of their calls.

On 5 October 1967, Adam and Engelhard were amazed to see the meter register a call although no one in the office was using the telephone. On 19 October, the same thing happened while Adam was with accountant Dr Schmidt, who produced an affidavit for Adam to show the post office. Comparing the records from his own meter, the meter at the exchange and the notes of his staff, Adam realised that these two incidents were by no means isolated. Dozens of un dialled calls had been registered. The post office insisted that all the calls had been made in the normal way and, even more peculiar, they had all been made to the speaking clock.

A row broke out between the post office and Herr Adam. Adam pointed out that all his staff had watches and could hear the chimes of at least two church clocks, and could therefore keep a record of the timing of their telephone calls. Furthermore, no one was ever alone in the office, and it was ridiculous to suppose that so many calls could have been made unnoticed by anyone.

Between 7.42 and 7.57 a.m. on 20 October 1967,46 telephone calls were registered to the speaking clock. Adam further pointed out that although at least 17 seconds are needed to dial and connect with the speaking clock, even if one does not wait to hear the time, the post office claimed that as many as six calls a minute had been made, and continued to send enormous bills. Nevertheless, on 31 October, they replaced the telephones again. This time, the dials were locked and only Herr Adam had a key. This step made no difference, and on 8 November Herr Adam was extremely angry to receive another huge bill that did not correspond with the records at all. He issued an accusation against person or persons unknown, of fraud or embezzlement; it began: ‘For several months my telephone installation has been so disturbed that a regular telephone call is impossible.’