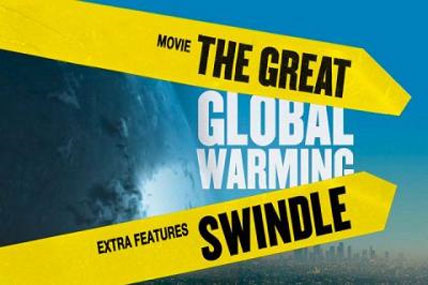 In this controversial film, we see an argument against the majority scientific consensus that global warming is man made.  This film sparked outrage in the scientific community as well as those who were interviewed who felt that they were “swindled” into saying what the producer wanted. Check out what the controversy is all about!

“Campaigners say the time for debate is over. Any criticism, no matter how scientifically rigorous, is illegitimate. Even worse, dangerous.

But in this film, it will be shown that the earth’s climate is always changing. That there is nothing unusual about the current temperature, and the scientific evidence does not support the notion that climate is driven by carbon dioxide (CO2), man-made or otherwise.

“There is no direct evidence which links 20th century global warming to anthroprogenic [man-made] greenhouse gasses.”

“We can’t say that CO2 will

drive climate, it certainly never did in the past.”

“The global warming alarm is dressed up as science. But its not science, its propaganda.”