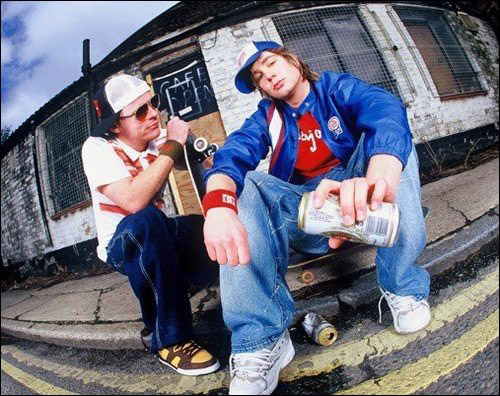 It cannot be easy to live as a Scottish hip hop artist. The scene, especially in the early noughties, wasn’t exactly thriving. For Gavin Bain and Billy Boyd, this was irritating; it appeared they could do nothing to have people take them seriously or listen to their music, given where they were from.

The answer, they decided, was to fix that problem by changing their story. Instead of being Gavin and Billy from Dundee, they became Silibil N Brains – and forged water-tight backstory. Raised in a small town in California and meeting at a rap battle contest in San Francisco, the pair told executives they hated George W Bush and thus wanted to break the UK, where they fitted in more.

It worked. Suddenly they had the attention of record labels, and soon secured a deal with Sony, while performing with Eminem, D12 and on MTV. After three years, the pressure told, though, and the pair’s health started to deteriorate from all the worrying and lies. Eventually, Silibil N Brains retired and went back to Dundee, revealing their deception. The story eventually became a 2013 documentary, The Great Hip Hop Hoax.

The Great Hip Hop Hoax from movie trailer on Vimeo.

Californian hip-hop duo Silibil n’ Brains were going to be massive. What no-one knew was the pair were really students from Scotland, with fake American accents and made up identities.

The Great Hip Hop Hoax (88 minutes) is a film about truth, lies and the legacy of faking everything in the desperate pursuit of fame. The American dream, told by people who’d never even been to America.