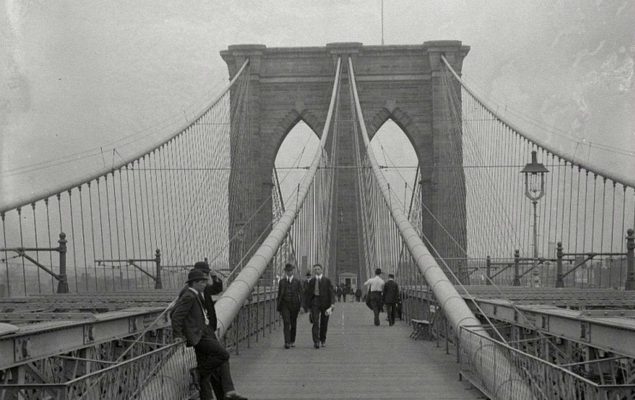 For Sale: The Brooklyn Bridge

Background: Not long after the Brooklyn Bridge was completed in 1883, a shifty 20-year-old named George C. Parker decided on a whim to see if he could “sell” it to an unsuspecting tourist. He did. In fact, it was so easy that he tried it on someone else a few days later and pulled it off again. He dropped his other cons and went into Brooklyn Bridge sales full-time.

The Scam: His usual approach was to walk up to a “mark,” introduce himself as the owner, and offer a job as toll taker in the tollbooth he was about to build. Parker would then gently guide the conversation to the point where the mark would offer to buy the bridge, set up his own tollbooth, and keep all the toll money for himself. Parker, “more a bridge builder than a toll taker,” was happy to have the bridge taken off of his hands in exchange for anywhere from $50 to $50,000, depending on how wealthy the tourist looked. And he accepted payments in installments when a sucker didn’t have enough cash to buy the bridge outright. Some of his victims paid him regularly for months before they realized they’d been had; and more than once, police had to be called to the bridge to prevent its latest “owner” from erecting a toll barrier.

Parker specialized in selling the Brooklyn Bridge, but also sold other prominent New York landmarks on the side, including Madison Square Garden, the Metropolitan Museum of Art, Grant’s Tomb, and even the Statue of Liberty. Amazingly, he remained in business from 1883 to 1928, when he was finally arrested on a swindling charge and sentenced to life in prison. He died in Sing Sing prison – where the other con men treated him like a king – in 1937. 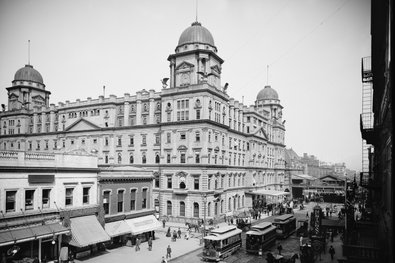 Background: In 1929, a well-dressed man claiming to be “T. Remington Grenfall,” vice president of a company called the “Grand Central Holding Corporation,” walked into the Fortunato Fruit company and told the owners, Tony and Nick Fortunato, about a unique real estate opportunity. The man told them that the operators of Grand Central Station had decided to shut down the information booth and refer all inquiries to the ticket sellers. Since the information booth was no longer needed, the station had decided to rent the space out to merchants – fruit merchants.

The Scam: The Fortunatos were at the top of the list. All they had to do was come up with the first year’s rent in cash: $2,000 a week for 50 weeks, or $100,000. It seemed like a great opportunity, so the next morning the brothers showed up at the Grand Central Holding Corporation – in a building next door to the train station – and gave the “president” of the company, a man calling himself Wilson A. Blodgett, a cashier’s check for $100,000 in exchange for a contract staying they could take over the booth beginning on April 1 (April Fool’s Day). On April 1, the brothers – accompanied by several workers and a huge supply of lumber – went to Grand Central Station to take possession of the booth and begin renovations. The only problem: the information booth employees were still in the booth and refused to leave. Grand Central officials refused to honor the contract an had the Fortunato brothers kicked out of the station.

Grenfall and Blodgett were never caught, and the Fortunato brothers never got their money back or took possession of the information booth. They did, however, become a semi-regular tourist attraction. For years afterward they returned periodically to the train station to yell at officials and intimidate the clerks in the information booths. New Yorkers began taking out-of-town guests to the station in hopes of witnessing the spectacle. 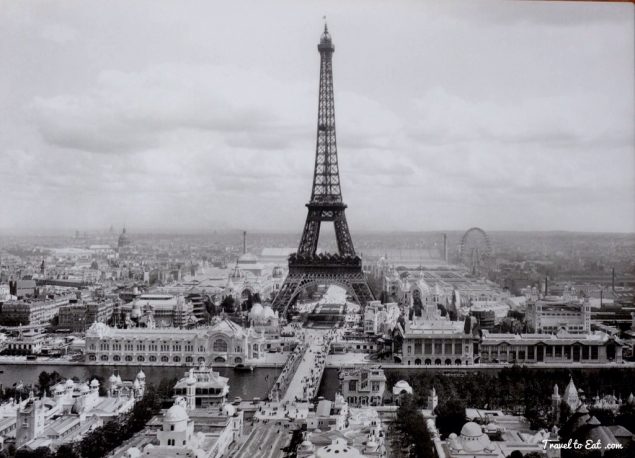 For Sale: The Eiffel Tower

Background: In 1925, a Czech con artist named Victor Lustig read in the newspaper that the Eiffel Tower needed major repairs. The article gave him an idea for a scam, and he set sail for Paris. Posing as “Deputy Director-General of the Ministry of Mail and Telegraphs,” he contacted six of the country’s largest scrap metal dealers and brought them together for a face-to-face meeting.

The Scam: At the meeting, Lustig told the dealers that the French government had decided the repairs on the Eiffel Tower were too expensive and had also decided to tear the landmark down. Fearing that the public would be furious when it learned of the decision, he told them, the government wanted the story kept a secret until the demolition actually began. After asking the dealers to submit bids for the contract, Lustig pulled one of them aside and told him that for a $100,000 bribe, he would award him the contract. The dealer went back to his office, got the money and gave it to Lustig, who caught the next train to Vienna.

The scrap dealer never reported the scam to the police, so Lustig returned to France and conned a second scrap dealer out of $100,000. This time, the dealer went to the police. But it was too late. Lustig had already fled to the United States, where he resumed his career as a con artist. 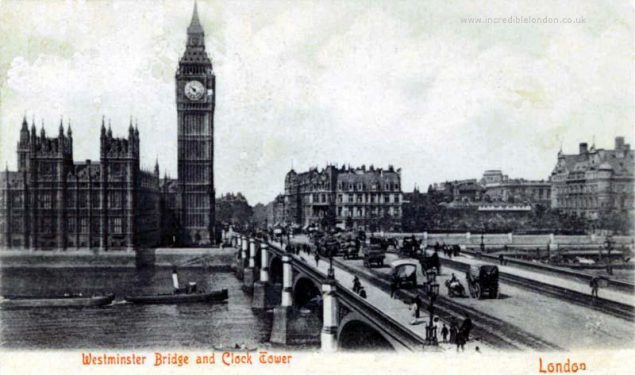 Background: In a 1920 play, Scottish actor Arthur Ferguson played a gullible American tourist who is swindled by a con man. When the play closed, Ferguson decided to find out if real American tourists were as dumb as the one he’d played.

The Scam: World War I had just ended; England’s finances were strained to the breaking point. But Ferguson “confided” to American tourists that the fiscal situation was even worse than the British government was letting on, and he had been hired by the Prime Minister to quietly sell off some of London’s most famous landmarks to raise cash. Ferguson “sold” just about every London landmark several times over, usually charging $5,000 for Big Ben, $30,000 for Nelson’s column in Trafalgar Square, and $10,000 as a down payment for Buckingham Palace.

The scam was successful for many years. Finally, so many Americans complained to the U.S. Embassy that Ferguson decided it was time to leave the country. He moved to America, where he set up shop selling U.S. Landmarks – including the White House, which he rented out for $10,000 a year – to wealthy English tourists. Ferguson was finally arrested for trying to sell the Statue of Liberty to an Australian for $100,000. He spent five years in prison for the crime.