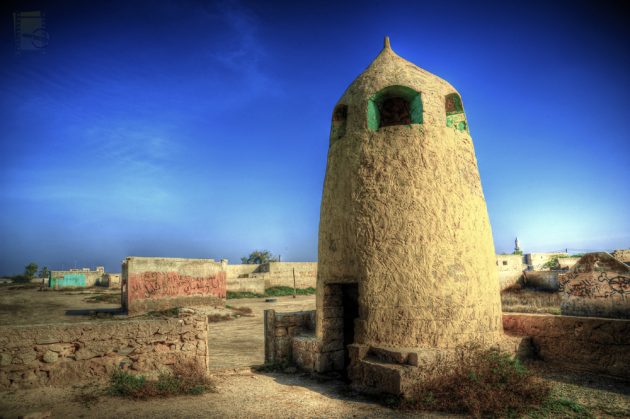 Jazirat al Hamra, which translates to Red Island, has a reputation for being haunted. Established sometime in the 14th century, the once thriving fishing and pearl-diving village of over 300 houses and 13 mosques was suddenly abandoned in 1968. And since then, while the rest of the United Arab Emirates has marched to the drums of progress, this little corner of Ras al Khaimah has remained unchanged, protected from modernity, embalmed in myth and mystery.

The abandoned fishing village of Al Jazirah Al Hamra is located on the northeastern tip of the United Arab Emirates (UAE). Before the oil boom in the 1960s, the village was relatively prosperous and full of quaint houses, many of which dated back to ancient times.

Through the years, the coastal village attracted Persian immigrants, Portuguese traders, and British officials. In fact, after the village was rebuilt in 1831, British records indicated that Al Jazirah Al Hamra had a population of about 4,100 people, most of whom were involved in the lucrative pearl trade. 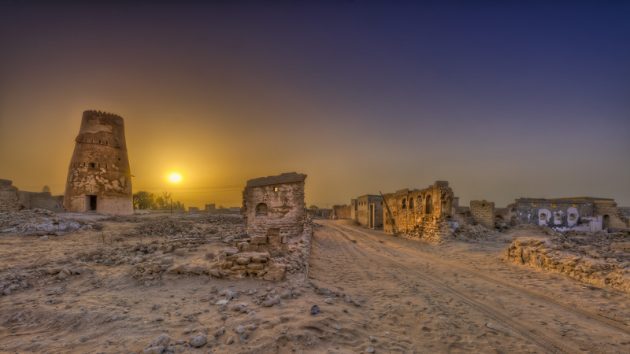 Then, around 1968, the residents abandoned the village en masse, leaving it in the hands of itinerant workers. Many of the former inhabitants still own land in the village, but few actually live there.

Since the 1960s, Al Jazirah Al Hamra has gained a reputation as an exceedingly haunted village. Many UAE citizens believe that the village is overrun by djinns, a violent and corrupt type of fairy that haunts deserts and feeds on human flesh.

According to local horror filmmaker Faisal Hashmi, who decided to visit the village one night with some friends, the village instills a deep sense of dread. Its spectral inhabitants are also fond of leaving handprint impressions as warning signs to any living soul foolish enough to enter their territory.

Hashmi’s case is not an isolated one. Al Jazirah Al Hamra is popular among legend trippers and other nocturnal tourists who like to seek out thrills. Although some people in the area try to discourage this behavior by adamantly stating that there are no djinns in the village, many more locals have at least one djinn sighting or story to relate.