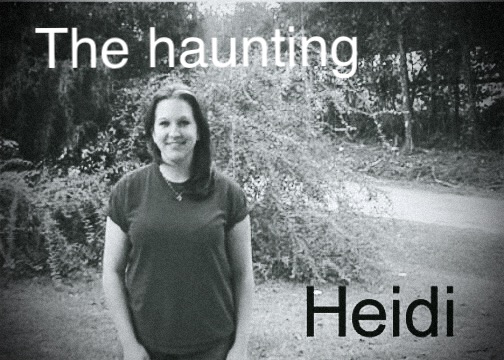 Heidi Wyrick’s experiences with the paranormal world started when she was just three years old, when Heidi developed an imaginary friend. The ghost of an old man appeared in her backyard, beckoning Heidi to play with him on the swings. 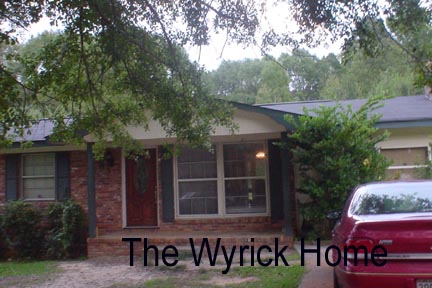 The Wyrick’s had moved into their home in Ellerslie, Georgia, as a young couple with a young daughter, buying a house for the first time. Shortly after the move, Heidi started to make friends with an old man who would come into the yard. When Heidi told her parents about her new friend they were alarmed and thought that some one was trying to abduct their daughter. After watching Heidi closely they simply thought Heidi made up an imaginary playmate, as there were no other children in the area for her to play with.

The old man appeared in the backyard of her family’s Ellerslie home from time to time, and at Heidi’s young age, she had no clue he wasn’t real. “I saw him up until I was eight years old, on an everyday day basis. We would sit and have conversations, then he would take me by the hand, and we would go and play on the swing” says Heidi.

“I would see her out in the yard, and see her hand raised, as if holding someone’s hand. Many times I would hear her talking, but never heard anybody talk back,” said Lisa Wyrick, Heidi’s mother.

This playmate is believed to be Mr. Gordy, a man who had died in 1974 and was a prominent land owner in the area. His house was very close to the Wyricks he is buried in Park Hill Cemetery. Lisa said they finally figured out who Mr. Gordy was when they saw his name on a deed.

As Heidi grew older, spirits started coming to her in many different forms, humans, animals, and sometimes, figures she could not even explain.”I can sense when it’s an evil presence or if it’s a good presence. If I sense evil, you wouldn’t believe the feelings you can get…I’ve been literally been sick to my stomach,” said Heidi. As a parent, you don’t know how to deal with it because you don’t know how to protect her. If it was someone real, you would know what to do,” said Wyrick’s mother.

A visit from a dead guy!

Mr. Gordy is not the only visitor the Wyrick family has had. Once a man in a Bloodied tee shirt showed up at the front door, his hand bandaged. This was Lon who lived in the area and died in 1952. Lon’s spirit was not a friendly spirit like Mr. Gordy, the whole family witnessed paranormal activity in the home, cabinets and doors opening and closing and items moving. Physical attacks also occurred; Andy was attacked 4 nights in a row. He was left with severe scratches and gouges. Heidi was scratched and has had her hair pulled.

Heidi still sees spirits, different ones now. One has been of a little girl who reminded Heidi of someone from the TV show Little House on the Prairie. She has seen dark spirits with no faces. The ones she sees now she does not recognize.

The media soon picked up on Heidi’s story, and shined a global spotlight on her and her family. After a Discovery Channel documentary, a book detailing her early years and appearances at paranormal conferences all over the world, many people have connected with Heidi and her struggles.”It means so much to me to help people out there who are going through the same thing as me,” said Heidi.

Even with all the media attention, Heidi has tried to lead as normal a life as possible, eventually getting married to her husband Aaron and starting a career in the medical field. Now 22 years old, Heidi is slowly learning how to deal with her unusual gift.

“Most of the time, I’ve learned to keep a lot of it to myself, and I really don’t even notice it. You get used to seeing things after a while,” said Wyrick. Heidi has since moved from her house in Harris County, but she still continues to see visions all over her new home in Columbus.