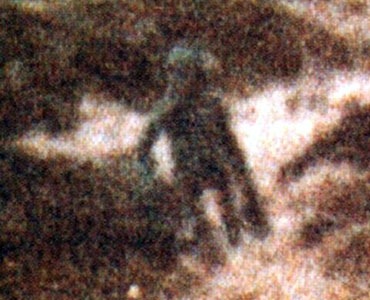 Around 9.30am on the morning of Tuesday, 1st December 1987 an off duty policeman by the name of Philip Spencer set off across Ilkley Moor in Yorkshire. The morning was misty but Spencer had a compass with him. His stated purpose was to photograph lighting effects of the moor in the fog. Ilkley Moor was already well known for its ‘strange happenings’ and unusual features such as the ‘Swastika Stone’ and the ‘Twelve Apostles’ stone circle.

After some time walking and shortly after the mists had lifted, Spencer spotted an alien-looking creature next to some boulders and took its picture. This would become the famous photo that would excite UFO investigators for decades. The creature was approximately four foot tall with greenish-grey skin, large hands and feet with only two extended toes. He followed the alien and saw a saucer-shaped craft with a dome on top take off from a nearby indentation in the landscape.

On his way home he noticed his compass had reversed its polarity and that an hour of the day had vanished. Later under hypnosis Spencer would recall that he had been abducted and subjected to a medical examination and then made to watch two films. The first film seems to have depicted natural disasters and the effects of human pollution. The contents of the second film are a mystery and Spencer has refused to discuss what he saw. The validity of the encounter has never been proven one way or another. That fact that Spencer was a policeman, and therefore an expert witness, has added credibility to the incident. 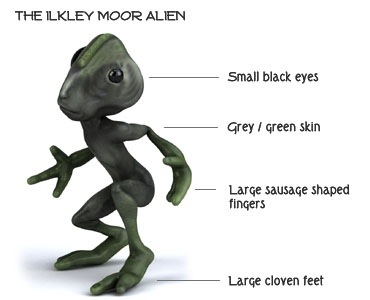