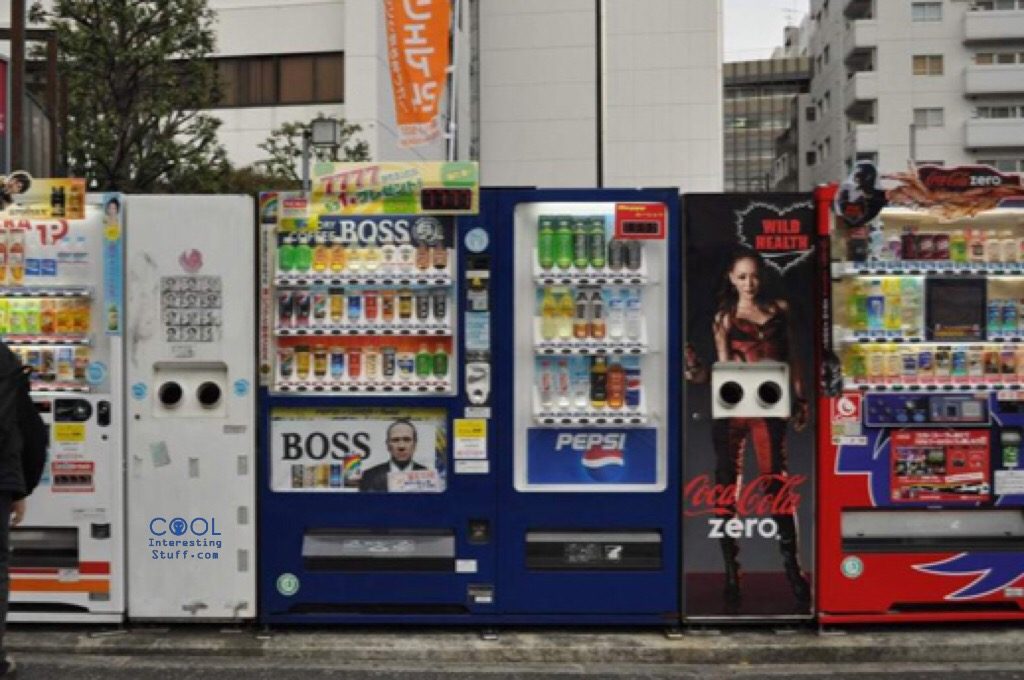 In the Japanese city of Fukuyama during the mid-1980s, a string of highly unusual murders began. The majority of killings took place between September and November of 1985, with some isolated incidents before and after. All of the victims were poisoned with contaminated vending machine beverages, having been targeted seemingly at random.

The case remains unsolved, and as the statute of limitations for the offences has expired, it seems that the culprit has got away with murder. And not just once, either: there are at least twelve deaths connected to the mysterious poisoner.

In 1965, a company known as the Otsuka Pharmaceutical Co. began manufacturing a health tonic drink known as Oronamin C. It became very popular across Japan after it launched, and it is still the best-selling health drink formula.

The free drink would be dispensed when a customer made a purchase. Some people would happily take their free beverage; those who were not fans took to leaving the drinks in the vending machine’s slot, or on top. For people who could not afford drinks, and bargain hunters, the freebies were greatly appreciated.

On April 30th, 1985, a 45-year-old man from Fukuyama bought a drink from a vending machine in the city. On top of the machine was a bottle of Oronamin C, which he took along with his purchase and later consumed.

He quickly became seriously ill, showing symptoms of severe poisoning including internal chemical burns. Tests showed that he had ingested the chemical paraquat, often used to kill weeds. Paraquat is extremely toxic: just two teaspoons of the substance will quickly – but painfully – kill a human being.

Despite the best efforts of medical staff, the man died of his internal injuries exactly one month later. Bottles of Oronamin C were tested, but no tampering was discovered. Investigators were baffled as to how the substance came to be in the drink, but with no leads at all, the case quickly went cold.

In September 1985, the poisoned drinks began appearing on or next to vending machines around parts of Japan, especially in and around the Hiroshima Prefecture. Most were bottles of Oronamin C, though energy drink Real Gold and even a can of cola were also linked to some of the deaths.

On September 11th, a man found and consumed a bottle of Oronamin, along with a second that he purchased. He died just three days later of paraquat poisoning. One day later, a student bought an energy drink from a vending machine and took it home to consume. He became ill and died September 14th, the same day as the first victim. Traces of diquat -similar to paraquat – were found in the bottle.

Investigations were hampered by the fact that the victims were seemingly chosen at random, the murders took place in a variety of locations, and the vending machines were always in quiet spots. There really were no leads to follow.

After the two poisonings, things went quiet again for the next week. The culprit appeared to have gone to ground. The brief hiatus was shattered one week later, when a young man found a can of cola under a vending machine on September 19th. By the 22nd, he was dead. Medical examiners found paraquat in his system.

Over the following two months, there would be a further seven poisonings. In all cases, the victims were found to have paraquat in their stomach, and were known to have taken drinks from near vending machines shortly before they died.

Poisonings were reported on the following dates:

Signs were posted up at vending machines warning people not to take drinks unless they were directly dispensed from the machine. The police worked tirelessly to find any clue that would lead them to the culprit. Yet the murders continued for almost two months, before grinding to a sudden halt.

In all of the above murders, the victim was male. Some have suggested that they could have been deliberately targeted, though it is hard to see how this would be achieved, given the random nature of the killer’s method. It may just be that men were more disposed to take the free drink, or preferred the taste of the energy tonic, or were more likely to visit the inner city areas where the drinks were left.

On November 17th, there was another paraquat poisoning. A 17 year old girl from Saitama took a cola drink from near a vending machine, and drank it. She fell ill quickly and one week later, she died. Whether coincidence or otherwise, her death marked the end of the murders.

The case has eerie similarities with the Tylenol murders, which took place just three years earlier in Chicago, USA. Seven people died from cyanide poisoning after consuming the common painkiller Tylenol: no culprit has ever been found. After the Tylenol murders there were a series of similar drug-tampering incidents, including some murders, which were said to be copycat attacks.

Similarly, the Japanese vending machine murders were also followed by copycat crimes. Tokyo was beset by a series of poisonings were lime sulfur was discovered in consumed beverages. There have even been some deaths. The chemical also saw a resurgence as a suicide method, despite its painful and gruesome effects.