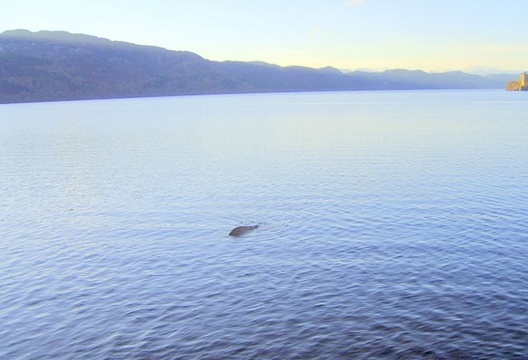 A monster hunter who has spent 26 years searching for the Loch Ness Monster claims to have taken the “best picture ever” of the beast, after dedicating 60 hours a week to his quest.

Nessie hunter George Edwards waited 26 years for this moment – and he now believes he has the best picture ever taken of the Loch Ness monster.

He spends his life on the loch – around 60 hours a week – taking tourists out on his boat Nessie Hunter IV, and has led numerous Nessie hunts over the years.

But this image is the one that’s convinced him that there really is a monster or monsters – out there. It shows a mysterious dark hump moving in the water towards Urquhart Castle.

“I was just about to return to Temple Pier (in Drumnadrochit) and I went to the back of the boat which was facing the pier and that’s when I saw it,” said 60-year-old Mr Edwards, a lifelong believer in the monster.

“It was slowly moving up the loch towards Urquhart Castle and it was a dark grey colour. It was quite a fair way from the boat, probably about half a mile away but it’s difficult to tell in water.” 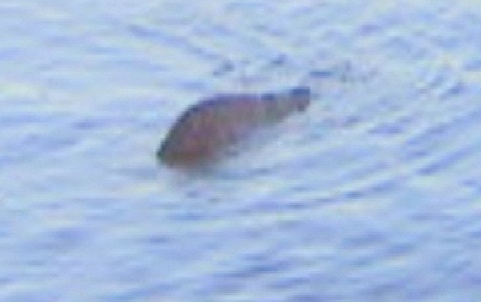 After 26 years searching for Nessie, one would think that George Edwards could manage to snap more than one distant photo of the legendary creature, but that’s all he did. The photo reveals nothing more than a gray shape in the vast blue lake. It could be anything including a rock jutting out of the water, a large fish or, just maybe, the Loch Ness monster.