In 1961, Cosmonaut Yuri Gagarin became the first man in space. However, some conspiracy theorists speculate that the Soviets reached the cosmos on an earlier mission but covered it up because they lost cosmonauts. 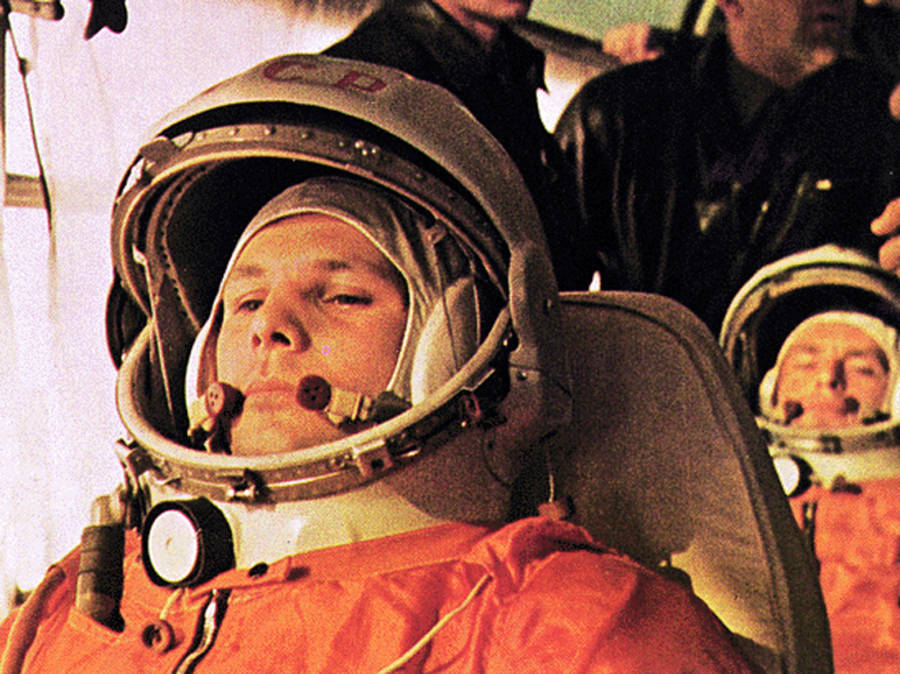 The Space Race, as the period between 1955-1972 came to be known, saw both the Soviet Union and the U.S. pushing their scientific resources to the limit as they tried to determine whether communism or democracy was better equipped for blasting people into orbit. For a while, it looked like the answer might actually be communism. In 1957, the Soviets launched the first satellite into orbit, and in 1961, Cosmonaut Yuri Gagarin became the first man in space.

These victories in the Space Race sent the U.S. into a panic as they feared they might actually lose the contest to the Soviets. But the apparent success of the Soviet program was hiding a few dark secrets.

In 1960, a Soviet rocket ignited on the launching pad, killing at least 78 of the ground crew. In 1961, just before Gagarin’s space flight, a Soviet cosmonaut was killed when a devastating fire erupted inside an oxygen-rich training capsule.

During the Cold War, Russia and the Allies weren’t exactly friend –  For fifty years, both sides tried to hide their failures from each other, creating a climate where you couldn’t be sure what was real and what was propaganda.

So when a Czech agent leaked information about a failed Russian spaceflight in December 1959, no one knew what to make of it.

According to the story, Yuri Gagarin’s successful 1961 trip into orbit was only one in a long line of Soviet space attempts—and merely the first one that didn’t end in the pilot’s gruesome death.

Worryingly, there may even be some evidence to this.

In February 1961—two months before Yuri’s flight—a listening station in Italy apparently recorded two Russian voices broadcasting the words “everything is satisfactory, we are orbiting the Earth” from space.

A few days later, they picked up another garbled transmission that sounded a whole lot like a scream of terror, followed by empty silence.

Two later recordings were also made, including one of three sobbing people saying

So what were they? Clever fakes? Evidence that Russia abandoned irrecoverable cosmonauts to a horrifying fate?

We may never know.

Here is the recording

Though official Soviet news agency TASS released no information on this particular mission, they did report the explosive re-entry of a large space vehicle on May 26, 1961 — three days after the Vostok burnup was believed to have occurred — but did not reveal any further details.

Further Judica-Cordiglia recordings are said to reveal the fates of several other failed Russian missions… all of which were dismissed as false by Soviet media, and even today the Russian government continues to deny the validity of these accounts.

This account comes from the Judica-Cordiglia Brothers — a pair of amateur radio operators (actual names Achille and Giovanni Battista) based in an abandoned bunker outside of Turin, Italy, who claimed to have repeatedly eavesdropped on communications and data exchange between several Vostok craft and Soviet Mission Control. The brothers reportedly recorded and translated the unnamed cosmonaut’s desperate final words with mission staff on Earth, and later offered a transcript of what happened in those fatal minutes before the capsule burst into flames in the upper atmosphere.

Another shocking revelation from this alleged recording is that the cosmonaut’s voice is clearly female — which, if this account is factual, reveals the fate of the first woman into space.

Excerpts from the translated transcript are posted below, followed by what is claimed to be the actual Judica-Cordiglia recording of the cosmonaut’s final minutes.