What or who is behind the mysterious disappearances of thousands of people? One person might have an answer what have caused people to vanish without a trace while visiting the wilds in United States and Canada. The answer he provides us with is very unsettling and shocking. 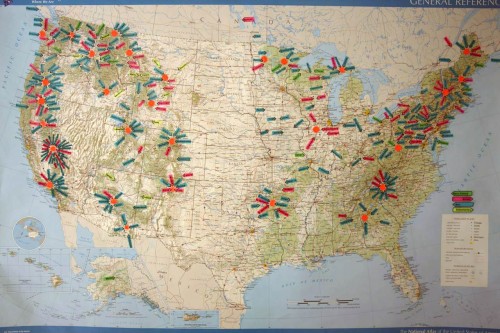 David Paulides, a former policeman, had compiled enough data to notice that these isolated missing person cases were beginning to form clusters around certain mountainous regions. These clusters were of some of the most eerie cases he had uncovered in which missing people –children mostly– vanished into oblivion. Sometimes the only clues left by the unfortunate souls were just their clothing, neatly piled.

This bizarre phenomenon has an even more bizarre beginning. According to Mr. Paulides, his painstakingly and meticulous research didn’t come from an abrupt curiosity. He was visited one night by a government employee who had very interesting information to give up. Mr. Paulides came to find out that some of the missing people disappeared under unexplainable circumstances. Children climbing mountain ranges in short time or those children who crossed rapid-moving rivers that were found alive and had no recollection of how they’d arrived on the other side.