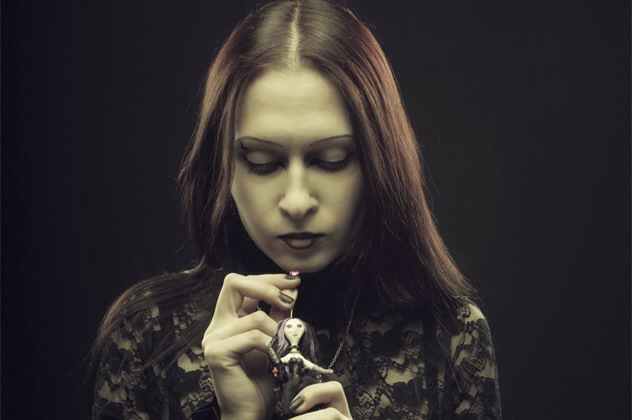 This incident may be one of the few times in history that we actually had a reason to support a witch trial. On July 1993, Malaysian witch doctor Maznah Ismail, her husband Mohd Affandi Abdul Rahman, and their assistant brutally murdered a politician who had sought their help to boost his career. Popularly known as Mona Fandey during her glory days as a singer and dancer, Ismail later became a witch doctor and consultant to a who’s who of VIPs. One of them would be her ill-fated victim, state assemblyman Mazlan Idris.

After the trio convinced the politician to lie down and close his eyes for a ritual inside their home, they lopped his head off and mutilated his body, chopping it into 18 pieces and burying it in a nearby hole. They then took his money and went on a shopping binge in Kuala Lumpur. Two years later, a court found them guilty of the murder and sentenced them to death. The three were finally hanged on November 2001, with no signs of regret whatsoever prior to their execution.

Mona’s stint as a pop singer was short-lived. It was during this time she adopted the stage name “Mona Fandey” to boost her popularity. Her career did not really take off, but she still managed to come up with one self-sponsored album entitled Diana and made a few television appearances. She was also a water ballet dancer during her youth.

After leaving the music business, she became involved in spiritual witchcraft activities and was known to be a bomoh, a local shaman. She began offering her services to clients, mostly from the upper-class society. She also claimed to have provided politician clients in the ruling UMNO party with a variety of charms and talismans.

It was reported that Mazlan Idris, a state assemblyman for the constituency of Batu Talam in the state of Pahang, wanted to boost his political career and sought the services of Mona for assistance. Mazlan was educated in the United States and was an ambitious politician from the ruling United Malays National Organisation (UMNO) party.

At that time, Mona worked with her husband Mohamad Nor Affandi Abdul Rahman, 44, and their assistant Juraimi Hassan, 31. Mona and her husband promised to help Mazlan by giving him a talisman consisting of a cane and sbatmi headgear which was supposedly owned by former Indonesian President Sukarno. Mona convinced Mazlan that he would be “invincible” if he held the talisman. In return, Mona demanded RM 2.5 million. Mazlan paid the couple RM 500,000 as deposit, and gave them 10 land titles as surety for the remaining RM 2 million. 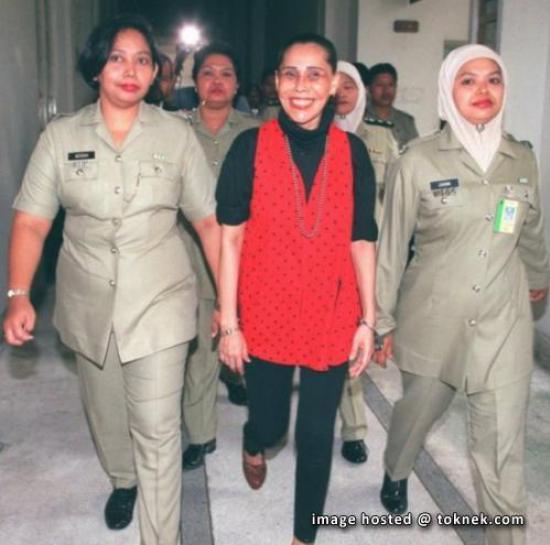 An appointment was made for cleansing rituals to be performed at Mona’s house. Mazlan was told to lie on the floor face up while Mona placed flowers on him. She then told Mazlan to close his eyes and wait for the money to “fall from the sky”. Juraimi then, using an axe, chopped Mazlan’s head off. They also dismembered and partially skinned Mazlan’s body. His body was found in 18 parts buried in a storeroom near Mona’s house in Pahang.

Mazlan was reported missing on July 2, 1993 after withdrawing RM 300,000 from a bank. After the murder, Mona was reported to have been on a shopping spree where she bought a Mercedes-Benz and had a facelift.

It was alleged that the murder occurred between 10:00 PM and 12 midnight on July 18, 1993. On July 22, 1993, police found Mazlan’s body; Mona, her husband, and Juraimi were arrested and a highly publicized trial began. They were tried in Temerloh High Court by a 7-person jury (trial by jury was abolished from January 1, 1995). The High Court found all three of them guilty and sentenced them to death by hanging.

Mona and the others filed appeals to the Federal Court and in 1999 the court dismissed their appeals and upheld the death sentence. Finally, the three convicts sought to obtain a pardon or clemency from the Pardons Board of Pahang, their final chance redemption. However, the board refused to give clemency. Mona, Affandy, and Juraimi were finally hanged on November 2, 2001 at Kajang Prison. A prison official said the trio expressed no remorse at the pre-dawn execution.

Throughout the trial, Mona exhibited strange behaviour including appearing cheerful, constantly smiling and posing for press photographers. She dressed extravagantly with bright and colorful designs on her dress. She also remarked, “looks like I have many fans”. It was also reported that during her execution she uttered the words “aku takkan mati”, meaning “I will never die”, and was still calm and smiling. The last female executed in Malaysia had been Tan Bee Lee in 1994 for a drug trafficking offence.

Mona Fandey gained more notoriety than she had been when she was still a pop singer. There was wide local and even international media coverage and plenty of public interest. Anti-death penalty movements including Amnesty International voiced their opposition to the execution of the trio.

In 2002, Malaysian film director Amir Muhammad made a short film entitled Mona in his 6horts series. In 2006, a film by Dain Iskandar Said entitled Dukun was widely assumed to be based on Mona Fandey. This highly anticipated film has not been released as of December 2011 and will most likely not be released for public screenings due to concerns relating to the contents of the film, the relationship with Mona Fandey, and the implications for her family.