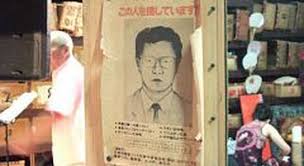 Okay, brace yourselves, because this case is as twisted as a TV crime show. It deals with the Japanese companies Ezaki Glico, best known for its Pocky snacks, and Morinaga.

In 1984, two armed men in masks broke into CEO Katsuhisa Ezaki’s mother’s home and bound her, taking the house key of Glico’s CEO. Entering his house, they also tied up his wife and daughter. Mrs. Ezaki attempted to negotiate money with the men, but they were after something else. Cutting off the telephone cords, they raided the bathroom, where Ezaki and his other two children were hiding. They abducted Ezaki and held him hostage at a warehouse. They issued a ransom for 1 billion yen and 100 kilograms of gold bars. Their plans were discovered when Ezaki managed to escape three days later.

A few weeks later, just when the company thought it had escaped extortion, vehicles in its headquarter’s parking lot were set on fire. Then, a container with hydrochloric acid and a threatening letter addressed to Glico were found in Ibaraki, where the warehouse was located. This began a string of letters from a person or group that dubbed itself “The Monster with 21 Faces,” named after a villain in a Japanese detective series. The letters threatened the company’s products, claiming that their candies were laced with potassium cyanide soda. Glico was forced to pull the products off the shelves, resulting in a $21 million loss and the layoff of 450 part-time workers.

After months of tormenting Glico, the Monster with 21 Faces decided to look for fun someplace else. Their final letter towards the company read, “We forgive Glico!” With that abrupt ending, they turned their sights on the food companies Marudai Ham, House Foods Corporation, and Fujiya. In exchange of stopping their harassment towards Marudai, one of its employee was to hand them ransom money on a train. That was when an investigator, who disguised himself as an employee, saw the prime suspect, known as the “Fox-Eyed Man.” The man was well-built, his hair cut short and permed, with “eyes like those of a fox.” After dropping the ransom as instructed, he and another investigator attempted to follow the Fox-Eyed Man, only to lose him. They would get a second chance later on, but he again evaded them.

After continuing harassment towards the police, a year later Police Superintendent Yamamoto committed suicide by setting himself on fire, ashamed of his failure to capture the Fox-Eyed Man. Five days following the death, the Monster with 21 Faces sent its final letter to the media:

“Yamamoto of Shiga Prefecture Police died. How stupid of him! We’ve got no friends or secret hiding place in Shiga. It’s Yoshino or Shikata who should have died. What have they been doing for as long as one year and five months? Don’t let bad guys like us get away with it. There are many more fools who want to copy us. No-career Yamamoto died like a man. So we decided to give our condolence. We decided to forget about torturing food-making companies. If anyone blackmails any of the food-making companies, it’s not us but someone copying us. We are bad guys. That means we’ve got more to do other than bullying companies. It’s fun to lead a bad man’s life. Monster with 21 Faces.”

And with that final statement, the Monster with 21 Faces disappeared, never to be heard from again.

On June 28, 1984, two days after the Monster agreed to stop harassing Marudai Ham in exchange for 50 million yen, police came close to capturing the suspected mastermind. An investigator disguised himself as a Marudai employee and followed the Monster’s instructions for the money exchange. As he was riding a train to the money’s drop point, he noticed a suspicious man watching him. He was described as a large, well-built man wearing sunglasses and with his hair cut short and permed. He was also quoted to have “eyes like those of a fox.

Following threats by the Monster with 21 Faces to poison Glico confections and the resulting mass withdrawal of Glico products from shelves, a man wearing a Yomiuri Giants baseball cap was caught placing Glico chocolate on a store shelf by a security camera. This man was believed to be behind the Monster with 21 Faces. The security camera photo was made public after this incident.