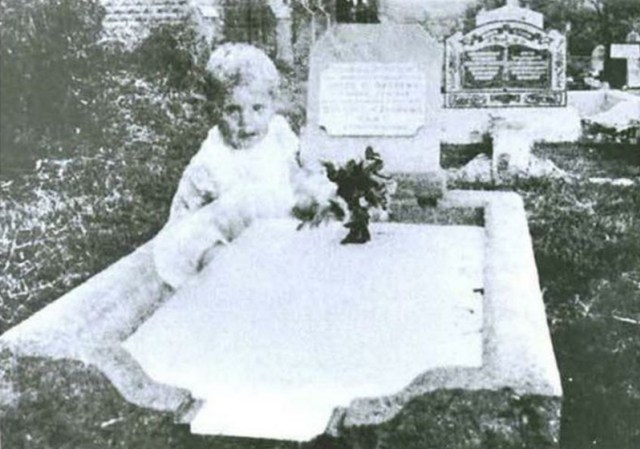 This photograph was taken by Mrs. Andrew when she was visiting the grave of here teenage daughter in Queensland, Australia. What makes this photo even stranger is that while she was taking the photo she claimed that there was nothing strange in the frame and she had no weird feelings whilst around the grave. It was only when the photo was developed that she realised there was a child in the frame seemingly sitting on the grave. 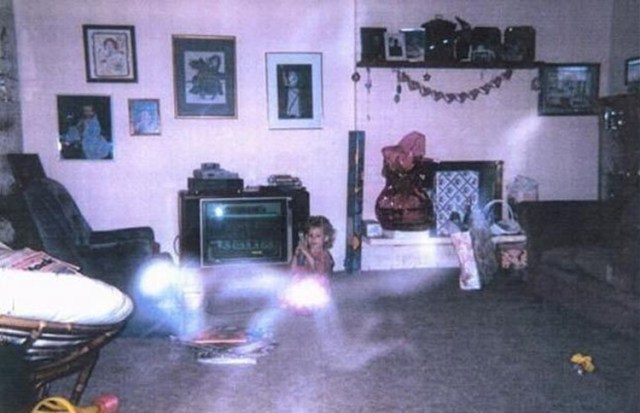 This is another photo that really has no known backstory, however, i think we can all agree it is incredibly mysterious and creepy. A farther took this photo of his daughter and without seeing it in person this creepy looking phantom coud be seen crawling in front o his child. 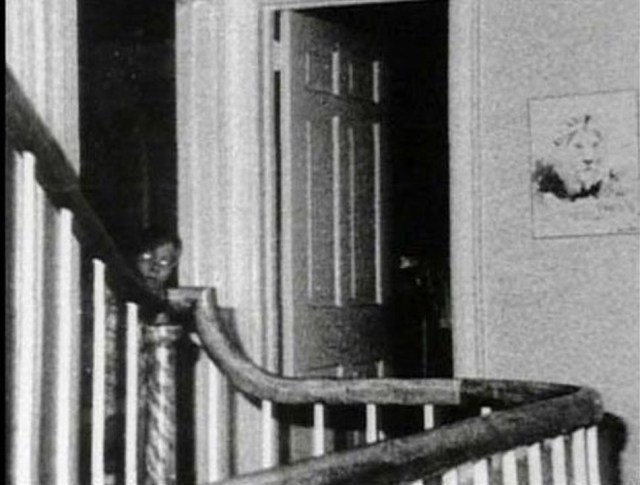 The following photograph was taken by Gene Campbell in 1976 whilst there was a paranormal investigation under way at the amityville horror house. It was not until the rolls of film were developed when they saw the creepy figure of a child peering through a doorway in the house. This figure was not physically seen when the original photograph was taken. 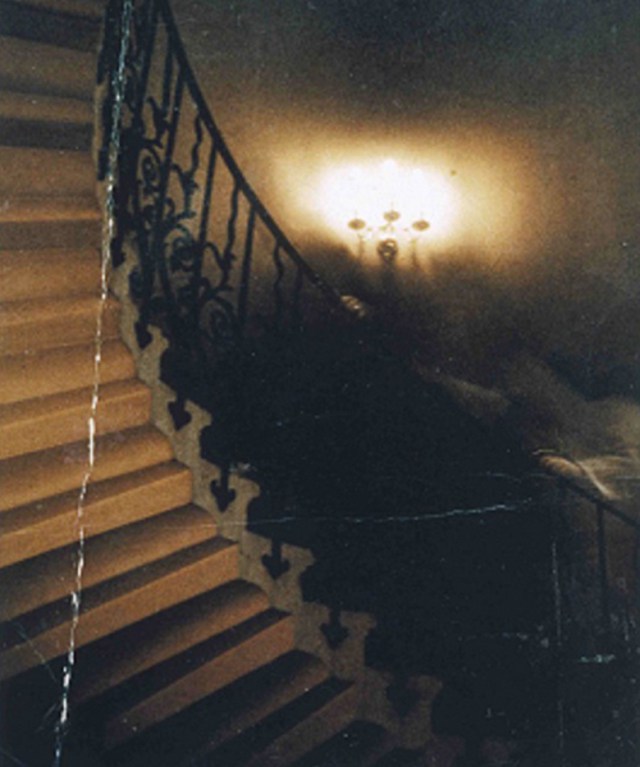 The following photograph has become almost infamous in the paranormal field, it is one of the oldest and most famous photographs ever taken. After a photoshoot fo a magazine this photograph surfaced, apparently taken in Raynham Hall, Norfolk, England 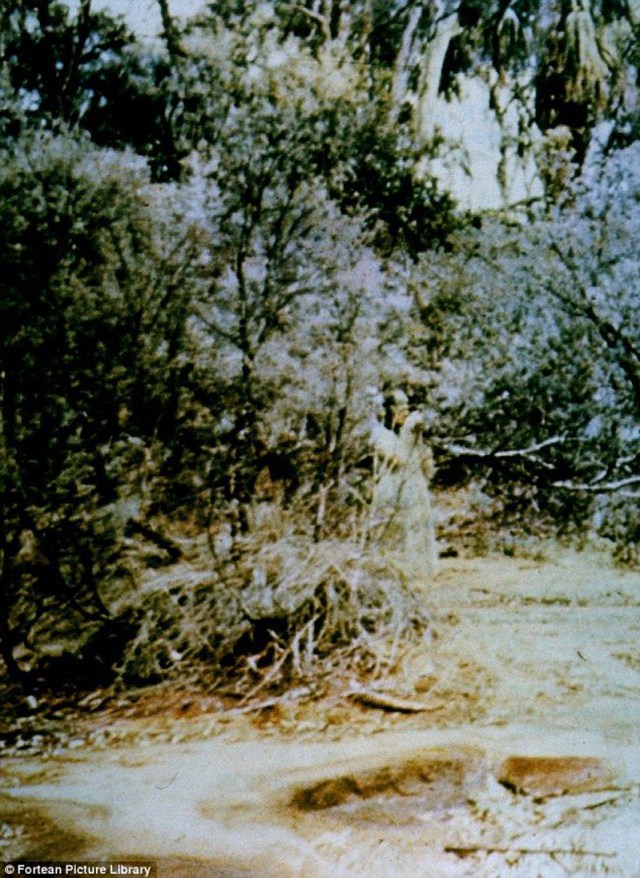 The following photograph was taken by Reverend R.S. Blance at Corroboree Rock, at Alice Springs, Northern Territory, Australia. This very famous photo is very compelling and with many tests conducted it was determined this was no fake. 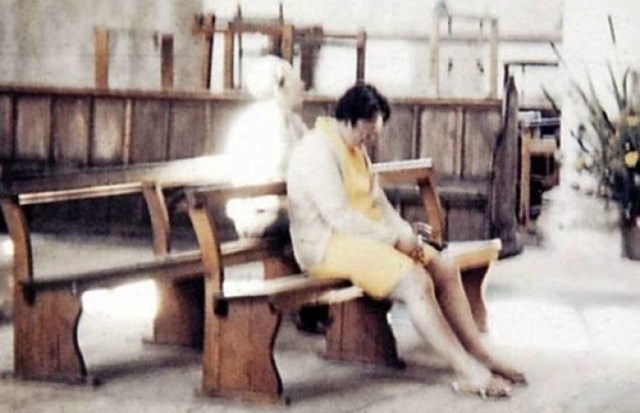 Not So Alone in The Church

This is a photograph that has been spread around the paranormal community massively for the last few years. Diane and Peter Berthelot visited Worstead Church in Norfolk in 1975 when this photo was snapped it appears to show that Diane although sitting alone had someone else behind her, she was quoted as saying there was the feeling of a physical presence even though there wasn’t anything there. 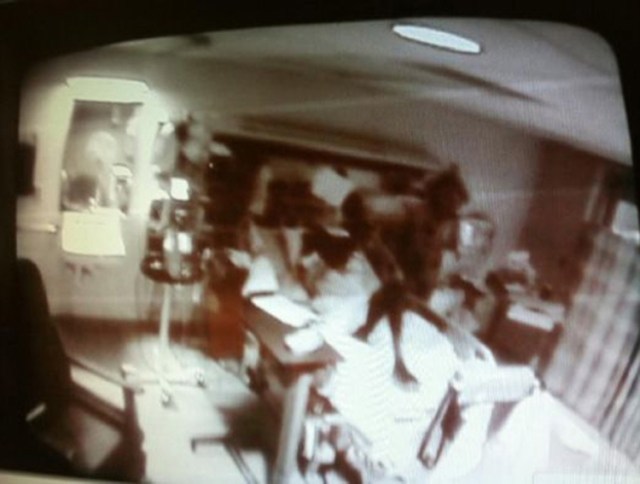 This photograph is one that has personally intrigued me for a while now, the issue is that there really is not that much of a story behind it, its thought it was snapped from a nurse viewing station. However what happened next is even creepier, around 4 hours after this was snapped the patient in this bed died seemingly unexpectantly. 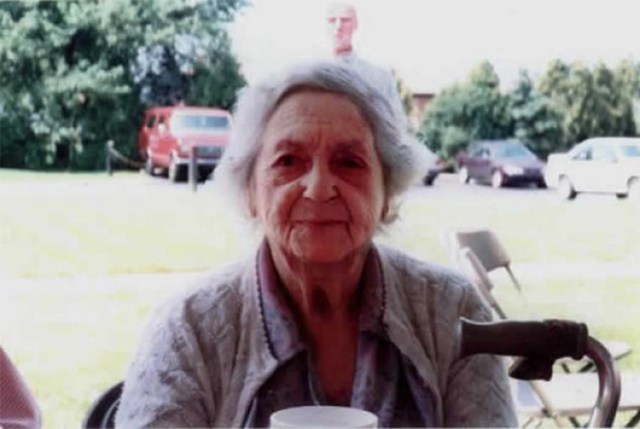 This family taken of a womans grandmother in 1997 truly puzzled the family. When they took the photograph they insisted that the man seemingly looking on in the background was not there, however as you can see when it was developed there is a clear male figure behind the woman in the picture. The family eventually identified this man as the womans late husband who had died 10 years earlier. 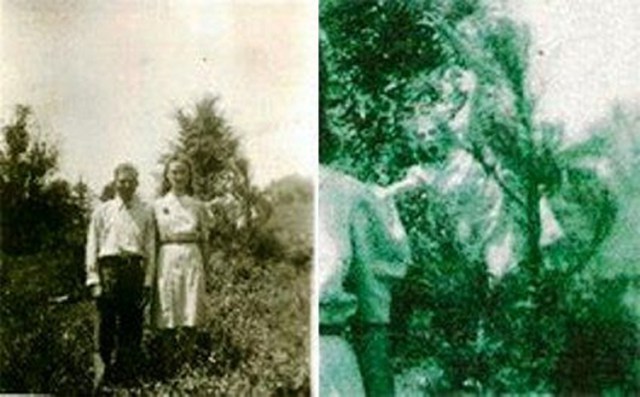 This happy couple had just tied the knot, seemingly one of the happiest days of their lives. However from the haunting image in the background it seems that not everyone was accepting. As you can see in the second view there seems to be a figure in the background that seems to be running at the couple whilst appearing to scream.