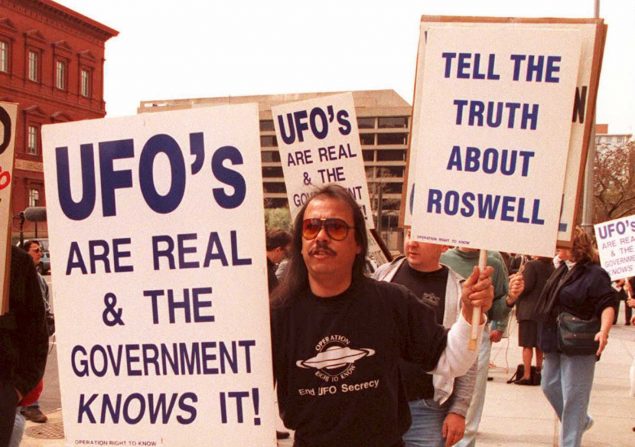 Aliens Are Contacting Us

A large variety of events come under the rubric of beliefs in alien contact. Among these are mysteries like the alleged 1947 crash of a flying saucer in Roswell, New Mexico. The ensuing government coverup of that incident supposedly links to Area 51, a top-secret military base where experimental research is carried out, giving rise to rumors that the studies are actually on aliens and their technology 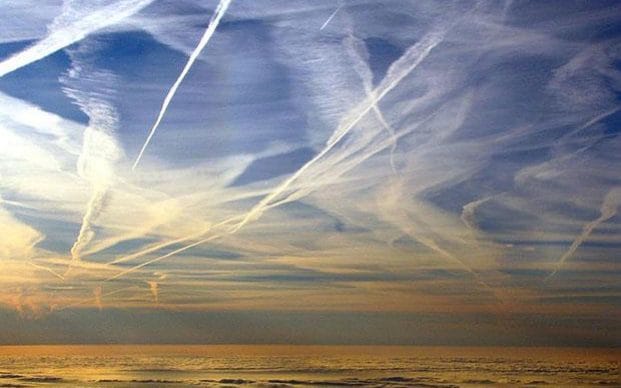 Chemtrail conspiracy theorists believe that some contrails, which consist of ice crystals or water vapor condensed behind aircraft, actually result from chemicals or biological agents being deliberately sprayed at high altitude for some undisclosed purpose. The staple of right-wing radio shows in the US, there is fevered speculation that the chemicals being sprayed are part of a wider plot that involves the so-called New World Order and is being directed by shadowy forces within the government. The existence of chemtrails has been repeatedly denied by federal agencies and scientists.

Well this conspiracy proposes that a secret group called the Iluminati has been really controlling the world and is looking to create a one world government. Their end-goal is supposedly to create the New World Order, which will dissolve national boundaries and people’s identities, while allowing for total authoritarian control.

A version of this theory also sees other groups in a similar position of world domination – the Freemasons, the Jewish people, the Bilderberg Group or the “globalists” that are often invoked in rightwing media outlets like Alex Jones and Breitbart News. President Trump himself mentions “globalists” and invokes fighting against insidious “elites” as a battle cry for his base.

Also, He May Be a Secret Muslim! – this untrue proposition was famously championed by the current1 President Donald Trump. The theory that Obama was actually born in Kenya and is not a natural-born citizen (and thus ineligible for U.S. Presidency) was used to delegitimize President Obama.

Despite Obama producing a long-form birth certificate to placate the doubters, showing that he was born in Hawaii to a Kenyan father and an American mother, 72% of Republicans in a 2016 NBC News/SurveyMonkey poll still expressed skepticism about the President’s place of birth. 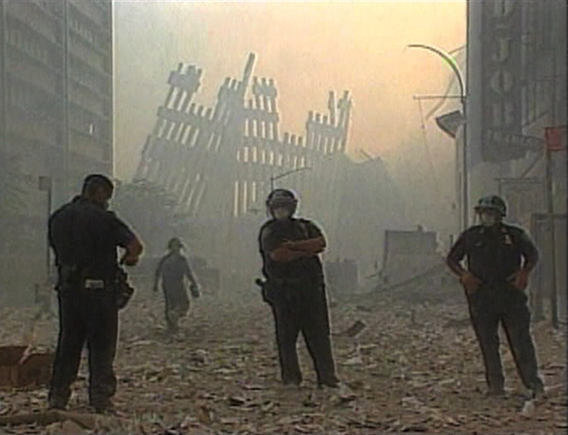 A community of “truthers” has emerged around the idea that the terrorist attacks on 9/11 were actually orchestrated by the U.S. government. They believe the Bush administration had advanced knowledge of the attacks and allowed them to happen so they could invade Iraq and advance their agenda.

The “truthers” claim that jet fuel from the planes was not enough to melt the steel beams of the World Trade Center towers, which were actually brought down by a controlled demolition.

This theory was, of course, widely debunked but continues to live on. One reason for the idea’s longevity is that historical facts did prove that the war in Iraq was justified using incorrect information about the supposed existence of weapons of mass destruction.

51% of Americans believed that there was a conspiracy behind the assassination of President John F. Kennedy in a large national survey in 2013. The popularity of this particular theory stems from the horrific murder in 1963 of President Kennedy and the subsequent lack of a clear, satisfying explanation for who was really behind it.

While the shooter Lee Harvey Oswald got the official blame, parties as divergent as the CIA, KGB, or the mob have been implicated in the public consciousness. The particulars of the theory focus on analyzing whether there was just one gunman and if more shots were fired than officially claimed.