The most scary events in history

While nature can completely wipe us out, along with everything we have ever achieved, created and discovered, we shouldn’t live in fear. These sorts of catastrophic events are rare, and it’s unlikely you’ll witness anything like these in your lifetime. So just kick back, live your life, and think about how you can make the Earth a better place. 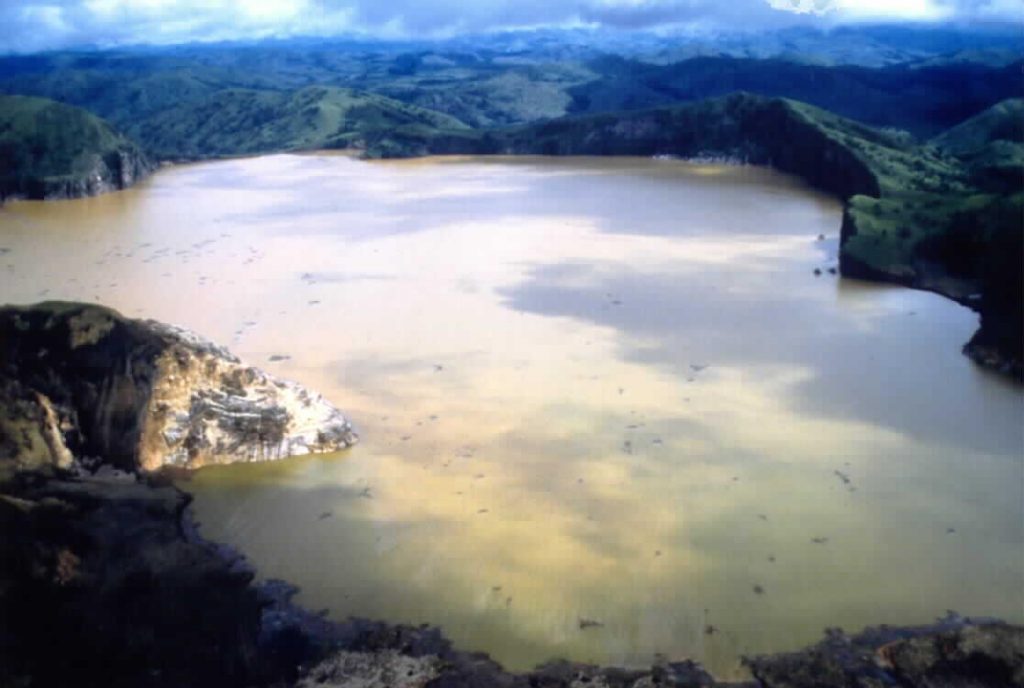 A limnic eruption is a rare event where CO2 dissolved in deep water lakes suddenly erupts. These events have only been observed twice, the deadliest being that of Lake Nyos in 1986. When a limnic eruption occurs, large clouds of CO2 form which then descend and drop below the oxygen in the air and cause living things to asphyxiate. In this particular instance, the cloud fell on nearby villages causing the deaths of over 1700 people and 3500 livestock.

One survivor, Joseph Nkwain from Subum, described himself when he awoke after the gases had struck:

“I could not speak. I became unconscious. I could not open my mouth because then I smelled something terrible … I heard my daughter snoring in a terrible way, very abnormal … When crossing to my daughter’s bed … I collapsed and fell. I was there till nine o’clock in the (Friday) morning … until a friend of mine came and knocked at my door … I was surprised to see that my trousers were red, had some stains like honey. I saw some … starchy mess on my body. My arms had some wounds … I didn’t really know how I got these wounds … I opened the door … I wanted to speak, my breath would not come out … My daughter was already dead … I went into my daughter’s bed, thinking that she was still sleeping. I slept till it was 4.30 in the afternoon … on Friday. (Then) I managed to go over to my neighbours’ houses. They were all dead … I decided to leave … (because) most of my family was in Wum … I got my motorcycle … A friend whose father had died left with me (for) Wum … As I rode … through Nyos I didn’t see any sign of any living thing … (When I got to Wum), I was unable to walk, even to talk … my body was completely weak.”

On 26 December 2004, a 9.1 magnitude earthquake struck below the sea off the coast of Indonesia. The energy released was 1500 times that of the atomic bomb that was dropped on Hiroshima. As a result of the earthquake, a tsunami rapidly ripped through the Indian Ocean, and consumed any land in its wake. The tsunami affected Indonesia, Sri Lanka, India, Malaysia, and even stretched as far as Madagascar and South Africa. Over 220,000 people were estimated to have died during the tsunami, with a further 1.74 million people displaced by it. 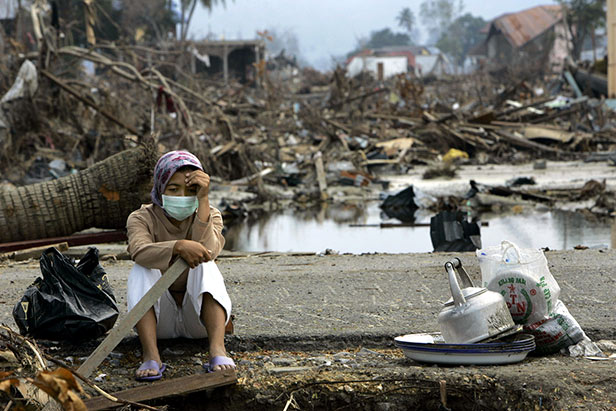 A series of massive tsunami waves grew up to 30 m (100 ft) high once heading inland, after being created by the underwater seismic activity offshore. Communities along the surrounding coasts of the Indian Ocean were severely affected, and the tsunamis killed an estimated 227,898 people in 14 countries, making it, one of the deadliest natural disasters in recorded history. 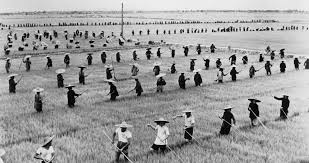 China has had some bad luck when it comes to famines, and throughout history, has seen millions of deaths. The Great Chinese Famine which occurred between 1959 and 1961 was caused by poor weather and long droughts. These factors led to crop failures. The issue was compounded by human factors at the time including changes in agricultural policies under the leadership of Mao Zedong. The official statistic was placed at 15 million fatalities, but other estimates have placed it closer to 45 million people. 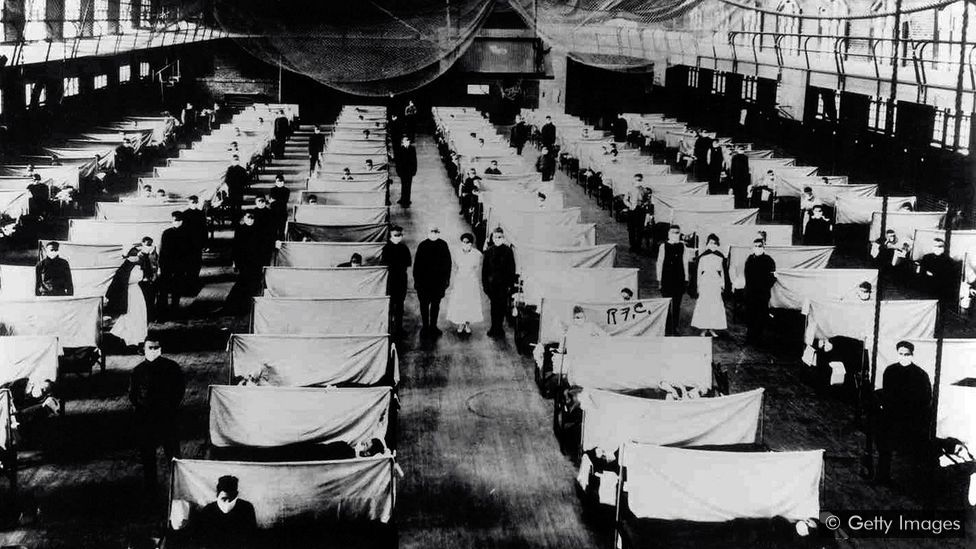 The Spanish Flu Pandemic of 1918

Particularly deadly in younger, previously healthy adults, the Spanish Flu was a strain of the H1N1 virus and resulted in the deaths of 50 to 100 million people. That’s 3-5% of the world’s population! It’s believed that the close proximity of soldiers, with their weakened immune systems through malnourishment during World War I, are possible contributing factors to the high mortality rate seen with this particular strain of the virus. While it was extremely devastating, the virus seemingly disappeared. It is thought that better pneumonia treatment was a contributing factor, but it is also believed that the virus simply mutated into a less deadly strain. 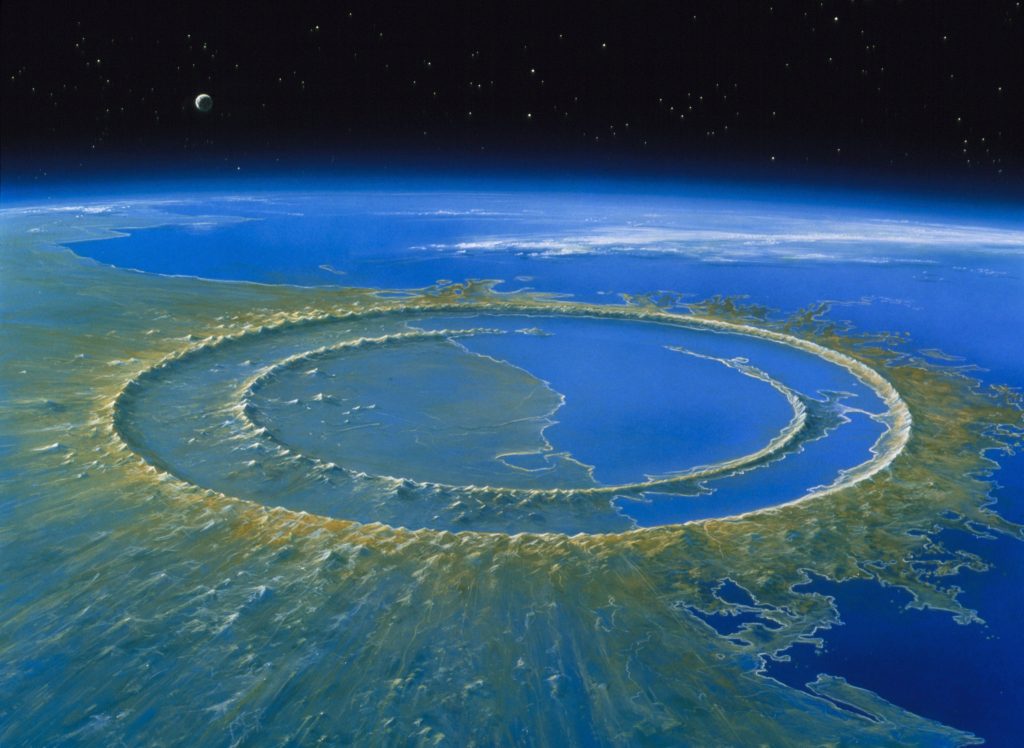 Although not the largest impact the Earth has ever seen (that award going to the impact that caused the Vredefort crater in South Africa 2.02 billion years ago), Chicxulub was possibly more devastating. This estimated 6 mile wide object collided with Earth 65 million years ago in, you guessed it, Chicxulub, Mexico. The resulting collision is estimated to have released the equivalent of 191,793 gigatons of TNT – that’s over 12 billion times the power of the nuclear bomb dropped on the Japanese city of Hiroshima in 1945. The asteroid is thought to be the event that led to the extinction of dinosaurs.

If an event of this magnitude were to happen today, you’d be having a bad time. Given that you’re out of the immediate 600 miles of the impact zone where you would be immediately incinerated, all you would have to worry about now is; the air blast powerful enough to level, well, everything, the tremendous earthquakes, the raining molten rock, the global wild fires, and subsequent volcanic eruptions for the next few thousand years. Good luck!

Occurring 252 million years ago, the Permian-Triassic extinction, also known as the Great Dying, was the largest extinction event on Earth. This was a butterfly effect of events and is thought to have been initially triggered by a massive volcanic eruption around an area known as the Serbian Traps in Russia. The explosion itself, while massive, is not to blame for wiping out 95% of all marine life, and 70% of all land animals. This was caused by what is known as a runaway greenhouse effect.

Following the eruption, the planet suffered extensive global warming, where temperatures rose on average by 5 degrees Celsius. As the sea began to absorb large qualities of CO2 from the atmosphere, it began turning into carbonic acid, killing most marine life. Due to the warmer ocean temperature, methane hydrate rapidly bubbled from the ocean’s surface, thus raising the global temperature a further 5 degrees.

All life currently on Earth derives from the surviving 4% of species following that event. Lucky us ey?