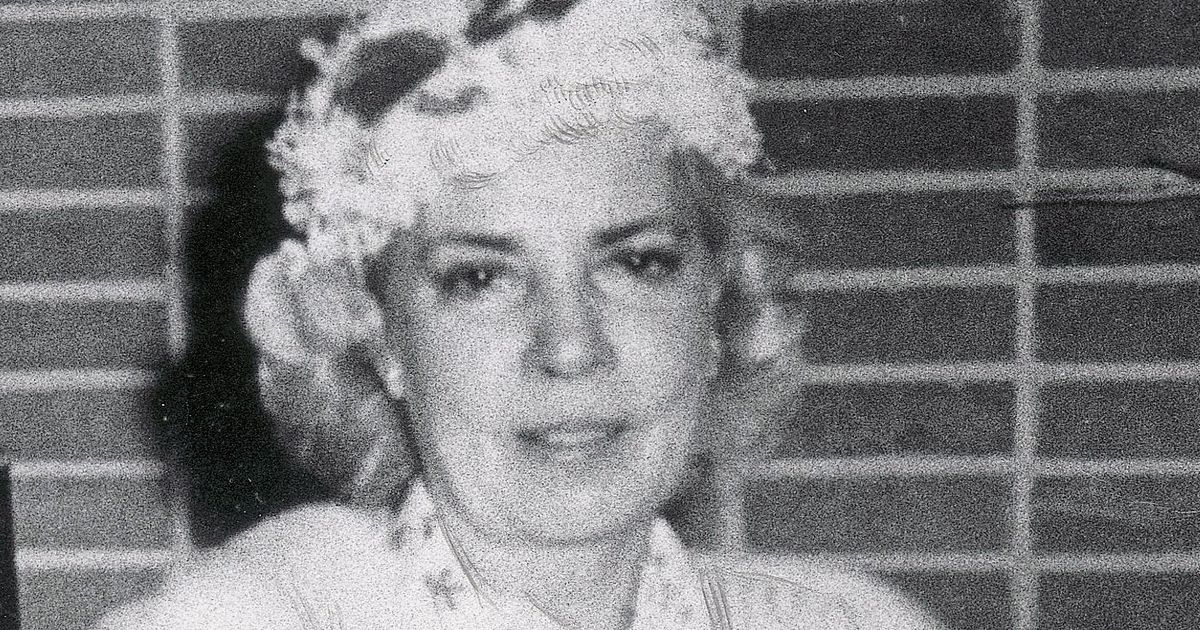 Marjorie Viola O’Connell Jackson’s money came from her husband Chester Jackson, a businessman and shrewd investor who amassed a fortune before his death in 1970.

Chester Jackson’s father, Lafayette Andrew Jackson, founded the Standard Grocery chain that grew to include more than 250 stores in Indianapolis and other cities around the state. Chester Jackson became the company’s president in 1931 after his father was shot and killed during a robbery of the chain’s flagship store in the 400 block of East Washington Street.

Jackson sold the chain in 1947 to the National Tea Co., according to the book “Notorious 92: Indiana’s Most Heinous Murders in All 92 Counties” by Andrew E. Stoner. The account says the sale “allowed (Jackson) to buy $14 million in coal stocks, $5 million in municipal bonds, $1 million in cash and Treasury bills, and other investments.”

“In all,” Stoner wrote, “the Jackson estate was worth more than $25 million.”

When Chester Jackson died in 1970, Marjorie Jackson inherited an estimated $14 million, depositing most of the money in the Indiana National Bank.

What few knew at the time was that Chester Jackson, who didn’t like the IRS, had for years stashed cash at the couple’s home.

By some accounts, it may have been more than $2 million — but that was only a pittance compared to what was to come.

Marjorie Jackson, who was 60 when her husband died, continued to live at the couple’s home. But as the years went by, she became more reclusive and allowed the property to grow up in tall grass and weeds.

Over the course of about four months, Jackson withdrew everything she had in the bank. The total was nearly $8 million.

Over the course of about four months, Jackson withdrew everything she had in the bank. The total was nearly $8 million.

She hid the money all around her home — in closets, toolboxes, garbage cans and vacuum cleaner bags. The money was interspersed with an odd collection of gifts, from wash cloths to cakes to expensive jewelry, scattered around the house. The neatly wrapped packages had tags that read: “To Jesus Christ from Marjorie Jackson” and “To God from Marjorie.”

Several months before she was murdered, two teens burglarized Jackson’s home. They got away with about $800,000, but she refused to prosecute them — even after one of the thieves confessed to a grand jury.

The curious case of the robbery and killing of Jackson began to unfold on May 2, 1977, when an unlikely duo — Howard “Billy Joe” Willard, 38, Mooresville, and Manuel Lee Robinson, 29, Indianapolis — broke into Jackson’s home. The pair left with about $1 million in cash.

Emboldened by the ease of the first burglary — and the lure of the horde of cash they had left behind — the pair returned to Jackson’s home two days later. This time, they were confronted by the widow, and Willard shot her in the stomach with a .22 rifle.

The burglars tried to set the home on fire, but the small blazed smoldered for hours before it was discovered and firefighters were called. Jackson’s body was discovered after the fire was extinguished.

And despite Willard and Robinson making a return trip to the home, hauling out bags of cash — mostly $100 bills — police found they had left millions behind.

Millions of dollars of cash are missing! 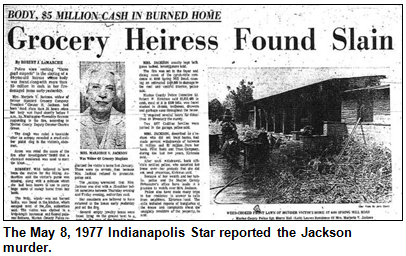 Nearly 40 years have passed since millionaire recluse Marjorie Jackson was murdered during a robbery of her home in the 6400 block of Spring Mill Road.

After all that time, questions still linger about the fate of some of the $3 million or more the killers got away with back in 1977 — loot that was part of an unbelievable cache Jackson kept hidden around her home after withdrawing about $8.6 million from the bank in the months before her murder.

“We’ve always thought there was at least $1.6 million that was never accounted for,” said retired Indianapolis police captain Steve Koers, a nephew of Jackson and co-executor of her estate.

“There could be a lot more than that out there. You just don’t know. But the $1.6 million, we know, because of the serial numbers and the amounts she withdrew from the bank.”

It was reported at the time as — and may still be — the largest cash heist from a residential burglary in U.S. history.

Read more at the IndyStar