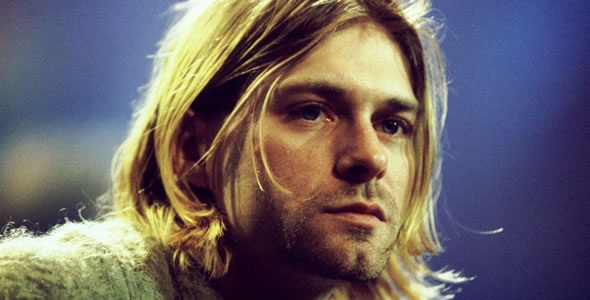 Seattle, April 8, 1994, 9 a.m. An electrician named Gary Smith arrived at Kurt Cobain’s home in Seattle to install a new security system. Though there was no answer at the front door, Smith got to work. As he climbed on the roof, following wires along the garage to a room above it, he looked through a window. Inside he saw an overturned plant and what he thought was a mannequin lying beside it. When he noticed the blood, he called the police.

Sometime on the evening of April 5, Kurt had barricaded himself in his studio above the garage by locking one French door and propping a stool against the other. He wrote a one-page note addressed to “Boddah,” his invisible childhood friend, and propped it in a mound of dirt from an overturned plant. He smoked a few cigarettes, drank from a can of root beer, then injected himself with a potent cocktail of heroin and Valium.

He put the drug paraphernalia back in a cigar box. He laid down two towels and a brown corduroy jacket, and opened his wallet to show his driver’s license. He then reached for the Remington M-11. Lying on the floor, with the shotgun’s stock gripped between his sneaker-clad feet, he pulled the trigger with his thumb. 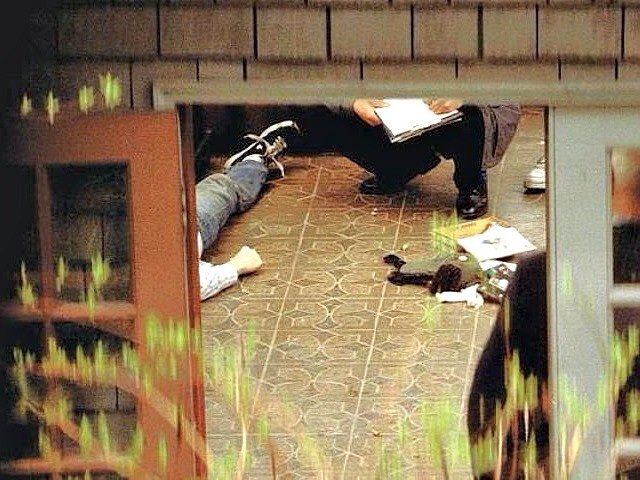 There are some disturbing inconsistencies and questions when it comes to this official story. Let’s start with the shotgun. It wasn’t examined by Seattle Police until a full month later, and when it was, there were only unidentifiable smudged fingerprints, as if it had been wiped down. It’s possible that the smudged prints were caused by the force of the discharge, which would naturally move the gun through Cobain’s hand. But if he had bought the gun weeks before, why weren’t there other prints on it? (In the original police report, it said that marks on Cobain’s hands were consistent with firing a gun; two years later, the police admitted that this detail was actually a mistake, added by a rookie cop at the scene).

And what about the drugs? Kurt had 225 mg of heroin in his blood, three times the lethal dose. There were intravenous punctures in both arms. According to medical experts, that much heroin would leave a person completely incapacitated or cause them to lapse into a coma. That is, if it didn’t kill them instantly. It’s not uncommon for those who OD on heroin to be found with the needle still in their arms. That’s how quickly one lethal dose can kill you. Kurt was somehow able to roll down his sleeves, put his needle and spoon away, arrange the towels, then lie down on the ground and pull the trigger of a shotgun.

Kurt Cobain is legally recognized to have committed suicide; however, several theories have surfaced suggesting that the frontman of Nirvana was murdered.

The main proponent of the existence of a conspiracy surrounding Cobain’s death is Tom Grant, the private investigator employed by Love after Cobain’s disappearance from rehab. Grant was still under Love’s employ when Cobain’s body was found. Grant believes that Cobain’s death was a homicide.

While working for Love, Grant was given access to Cobain’s suicide note, and used her fax machine to make a photocopy, which has since been widely distributed. After studying the note, Grant believes that it was actually a letter written by Cobain announcing his intent to leave Courtney Love, Seattle, and the music business. Grant believes that the few lines at the very bottom of the note, separate from the rest of it, are the only parts that sound like a suicide note. He believes that those lines are written in a style that varies from the rest of the letter, suggesting that they were written by someone other than Cobain. While the official report on Cobain’s death concluded that Cobain wrote the note, Grant claims that the official report does not distinguish the questionable lines from the rest of the note, and simply draws the conclusion across the entire note.

Grant claims to have consulted with handwriting experts who support his assertion. Other experts disagree, however. When Dateline NBC sent a copy of the note to four different handwriting experts, one concluded that the entire note was in Cobain’s hand, while the other three said the sample was inconclusive. One expert contacted by the television series Unsolved Mysteries noted the difficulty in drawing a conclusion, given that the note being studied was a photocopy, not the original. 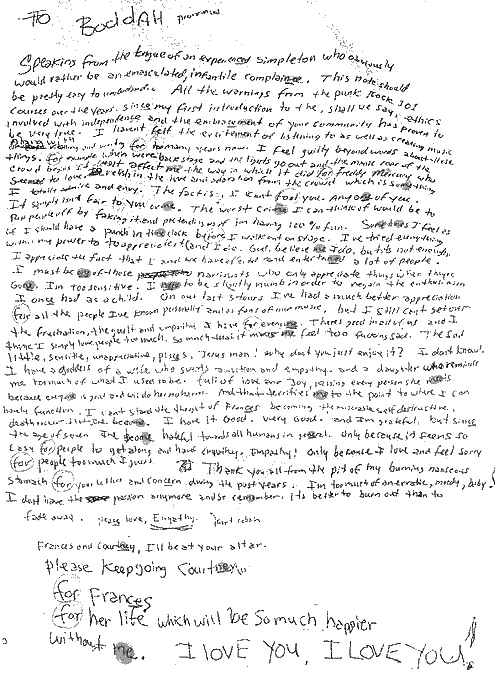