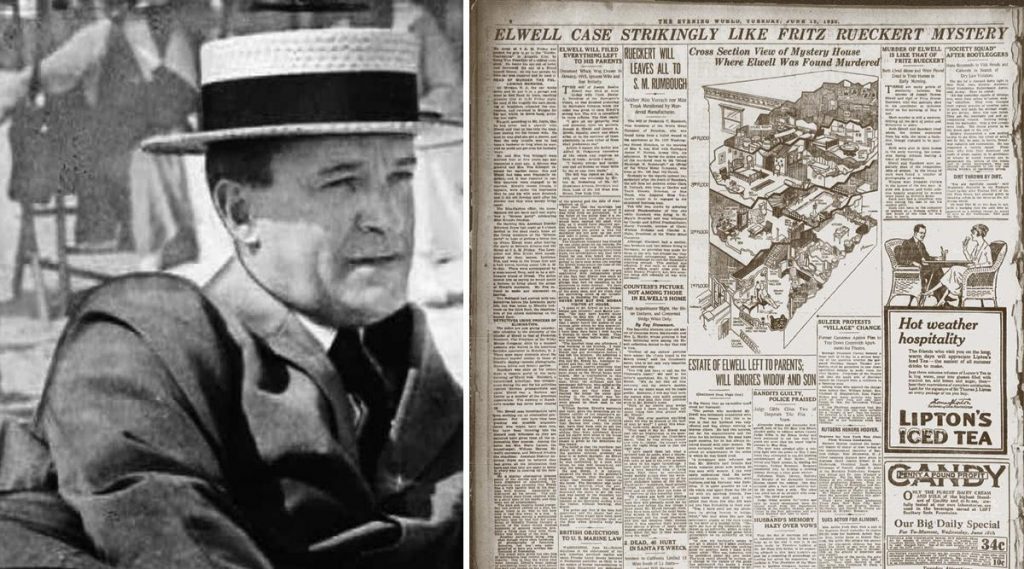 The murder of Joe Elwell, the leading authority on the card game bridge, remains unsolved. In fact, there has never been a single suspect.

He was killed in a room that was locked from the inside. So how did Joseph Bowne Elwell’s death happen?

In the dark of early morning on June 11, 1920, Elwell was murdered with a gunshot to the head from a .45 automatic in his locked house in New York City.

Later that morning, Elwell’s housekeeper, Marie Larsen, let herself into his elegant apartment as she normally did. Only on this morning, she was confronted with a sight that temporarily sent the poor woman into shock.

She ran from the apartment, rambling incoherently that there was a stranger in Mr. Elwell’s apartment and that the stranger was dead. Further inspection soon revealed that the dead stranger was Joe Elwell himself, only without the designer wigs and pristine dentures that helped him present a much more eye-pleasing appearance to the outside world.

Elwell had been shot in the head, although suicide was quickly ruled out. There was no sign of the gun in the room, but it appeared that the murder weapon had been fired at Elwell from a distance of about 1–2 meters (3–5 ft). 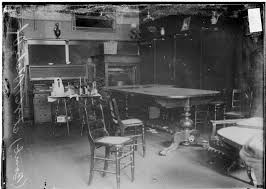 The police were baffled by the crime scene. There was no gun found, but the bullet that killed him was found neatly placed on a table in the room. It might have ricocheted off a wall and onto the table, but the placement of the bullet looked staged. The bullet’s cartridge was found lying on the floor. The angle of the wound indicated that the killer had been crouched in front of Elwell when the trigger was pulled. There were no foreign fingerprints found at the scene and there was no sign of a struggle or forced entry into the house. Nothing was stolen.

The room was locked from the inside, and the house was also locked.

Elwell most likely knew his killer and freely let him or her into the house.

But why would he invite a visitor into his home and then proceed to sit down and ignore them while opening his mail? Or did they chat amiably while he went about this mundane task? The letter in his lap and the mail on the floor offered no clue as to the crime.

The previous evening, Elwell had enjoyed dinner at the Ritz-Carlton Hotel with recently divorced Viola Kraus, the latest of many women with whom he was romantically involved.

Elwell had married Helen Derby in 1904. Although Elwell had become a millionaire from his skills at bridge, his wife had been instrumental in introducing him to her well-connected friends and contacts. By 1920, though, they were divorced. At first, Derby was a prime suspect. But her alibi was solid, and it soon became apparent that she wasn’t involved in her ex-husband’s death.

District Attorney Edward Swann believed that Elwell had been sitting in his apartment chatting in the seconds before he was shot and probably knew his killer. It was obvious that the sole intent was murder. No cash or valuables had been taken. In fact, there were plenty of valuables around Elwell’s dead body.

Despite all the evidence amassed by the investigators, they never determined who pulled the trigger and killed Joe Elwell.