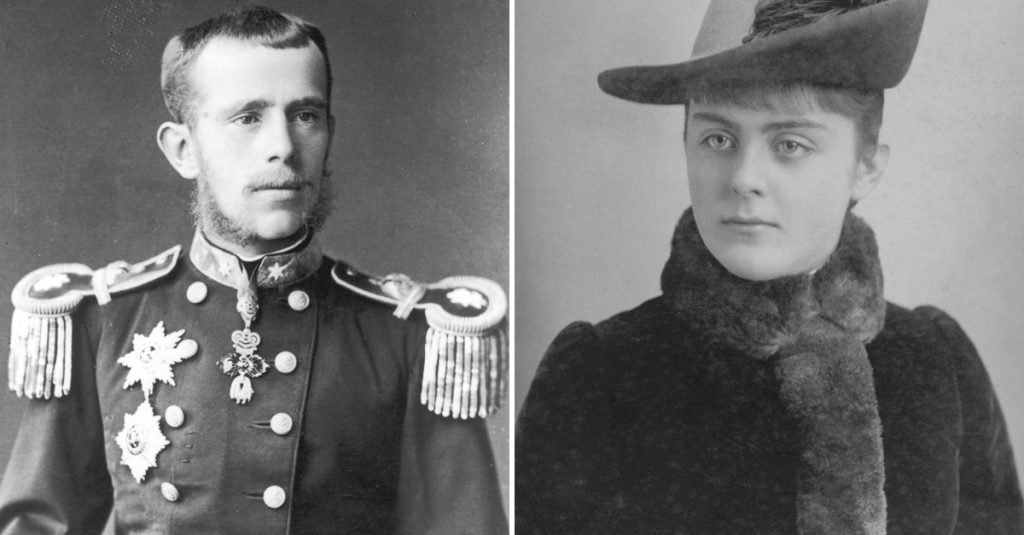 Crown Prince Rudolf was the heir to the Habsburg throne and the only son of Emperor Franz Joseph and his beautiful wife Elisabeth, or Sisi. He was in a notoriously bad marriage to Princess Stéphanie of Belgium, daughter of Leopold II. At first, the prince seemed to be in love but Stéphanie suffered under her mother-in-laws scorn. The elegant Sisi referred to Stéphanie as a “clumsy oaf”. Rudolf and his mother were more alike in their ideals than his very conservative father, however, their relationship was not close.

On January 29, 1889, Rudolf attended a family dinner with his parents before they were to leave for Hungary. Rudolf excused himself headed for Mayerling for a day of shooting with his current mistress, the 17 year old Baroness Mary Vetsera. What happened after that is anyone’s guess. What we do know is on January 31, Rudolf’s valet, Loschek, went to his rooms at Mayerling to call him and there was no answer. Rudolf’s shooting partner, Count Joseph Hoyos, joined in and still got no response. Hoyos became concerned and got an axe and broke down the door. What he found was terrifying. Rudolf was seated at the side of the bed, motionless and with a trickle of blood running from his mouth. Mary was lying on the bed, ice cold and rigid. The heir to the throne was dead with his mistress.

The discovery of two bodies in a rural hunting lodge outside Vienna shook the world. The Archduke of Austria-Hungary, Prince Rudolf, and his lover, Baroness Marie Vetsera, lay side by side in a cabin in the village of Mayerling. They had been shot to death.

The mystery surrounding their deaths started when Prince Rudolf’s father, Emperor Franz Josef, put out an order that the tragedy be covered up. This was most likely because Rudolf was having an affair with Vetsera despite being married to a Belgian princess. In order to keep the affair under wraps even after the two lovers died, Marie Vetsera’s body was whisked away and buried in secret.

Since the church would not allow a proper funeral for a suicide victim, nobody even mentioned that this was a possibility. Instead, a rumor was spread that Rudolf had been poisoned by his enemies. However, the Emperor later told the Pope that he suspected Rudolf must have killed himself and Vetsera during a bout of temporary insanity. The Pope allowed a Catholic burial.

Only after the Emperor died in 1916 did the true details of the couple’s deaths come to light. By then, many outlandish rumors about the incident were doing the rounds. More than 100 years later, the speculation has not stopped. Theories include murder-suicide, a politically motivated killing, or a cover-up after Vetsera’s relatives shot Rudolf to death during a drunken brawl. It is likely that the only two people who knew the truth died in that lodge.