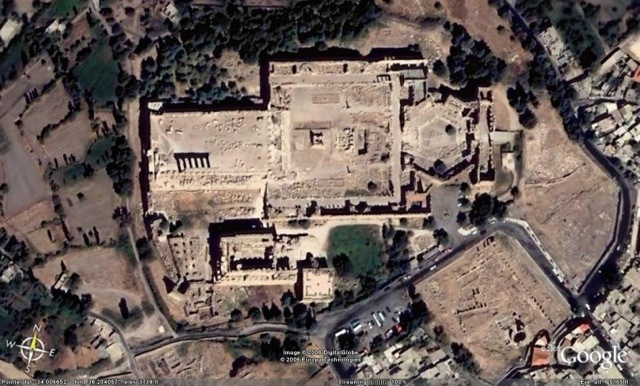 The mysterious ruins of Baalbek. One of the great Power Places of the ancient world. For thousands of years its secrets have been shrouded in darkness, or bathed in an artificial light by those who would offer us a simplistic solution to its mysteries.

The Temple of Jupiter is one of the most impressive Temples in Baalbeck. It measures 88×48 meters and stands on a podium 13 meters above the surrounding terrain and 7 meters above the courtyard. It is reached by a monumental stairway. One of the most amazing engineering achievements is the Podium which was built with some of the largest stone blocks ever hewn. On the west side of the podium is the “Trilithon”, a celebrated group of three enormous stones weighing about 800 tons each. 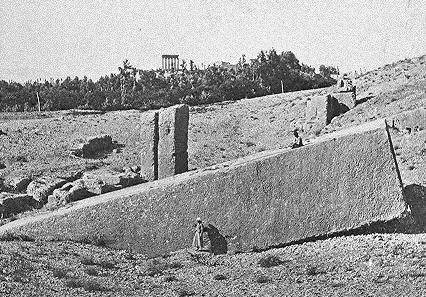 Some archaeologists might well wish that Baalbek had been buried forever. For it is here that we find the largest dressed stone block in the world – the infamous Stone of the South, lying in its quarry just ten minutes walk from the temple acropolis. This huge stone weighs approximately 1,000 tons – almost as heavy as three Boeing 747 aircraft.